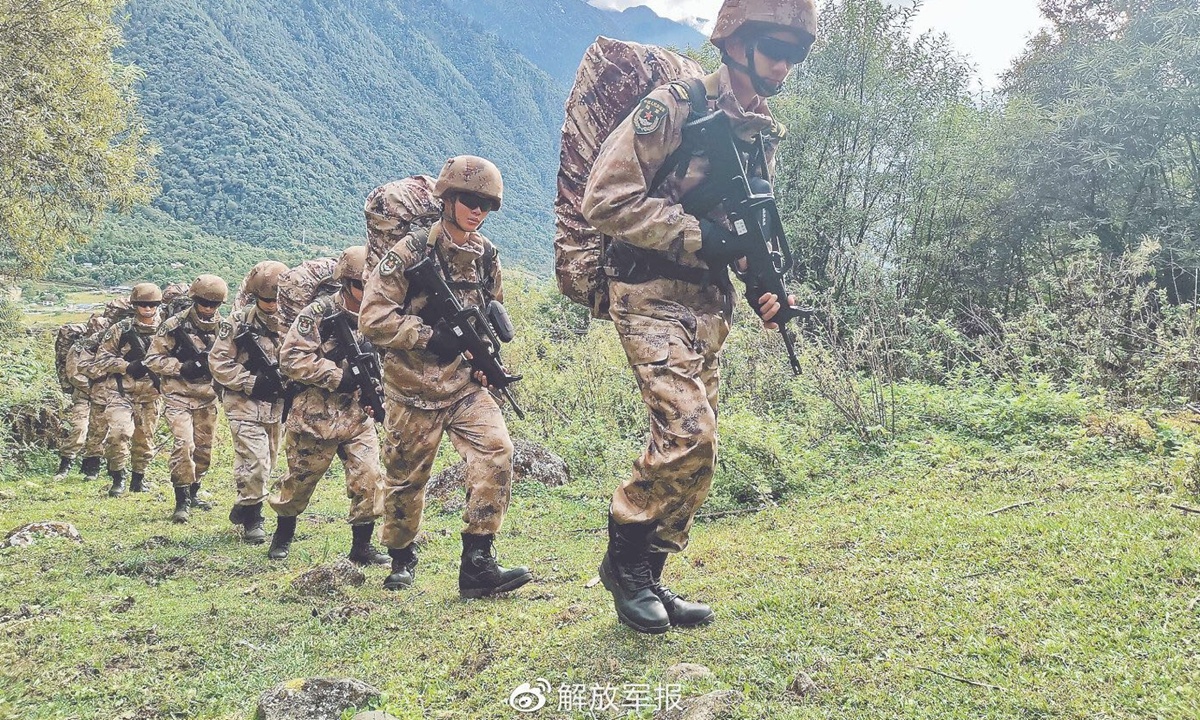 Chinese patrol soldiers in the plateau areas have been equipped with new equipment and suits, including glare-reducing lenses, multifunctional kettles and cold protective suits, to protect them from extreme weather, the People's Liberation Army (PLA) Daily reported Monday.

The new equipment meets soldiers' needs not only in daily life but also for actual combat, demonstrating the Chinese military's improvement in uniform support level, it said.

According to the report, a total of 15 kinds of equipment and suits were supplied to meet the requirements of patrolling in temperatures ranging from - 40 C to 30 C.

A starry sky uniform, on which five colors are used, applies principles of optical illusion to keep soldiers camouflaged.

New plush materials can halve the weight of clothes and quick-drying underclothes can prevent soldiers from feeling cold after heavy sweating.

The clothes are light and can be compressed down to a very small size for ease of carry, decreasing the damage rate during patrols while improving duty efficacy, a frontline soldier in Motuo, Southwest China's Tibet Autonomous Region, told the PLA Daily.

Motuo is located in southeastern Tibet. With mountains and forests, the area has a very complex climate, PLA Daily noted. 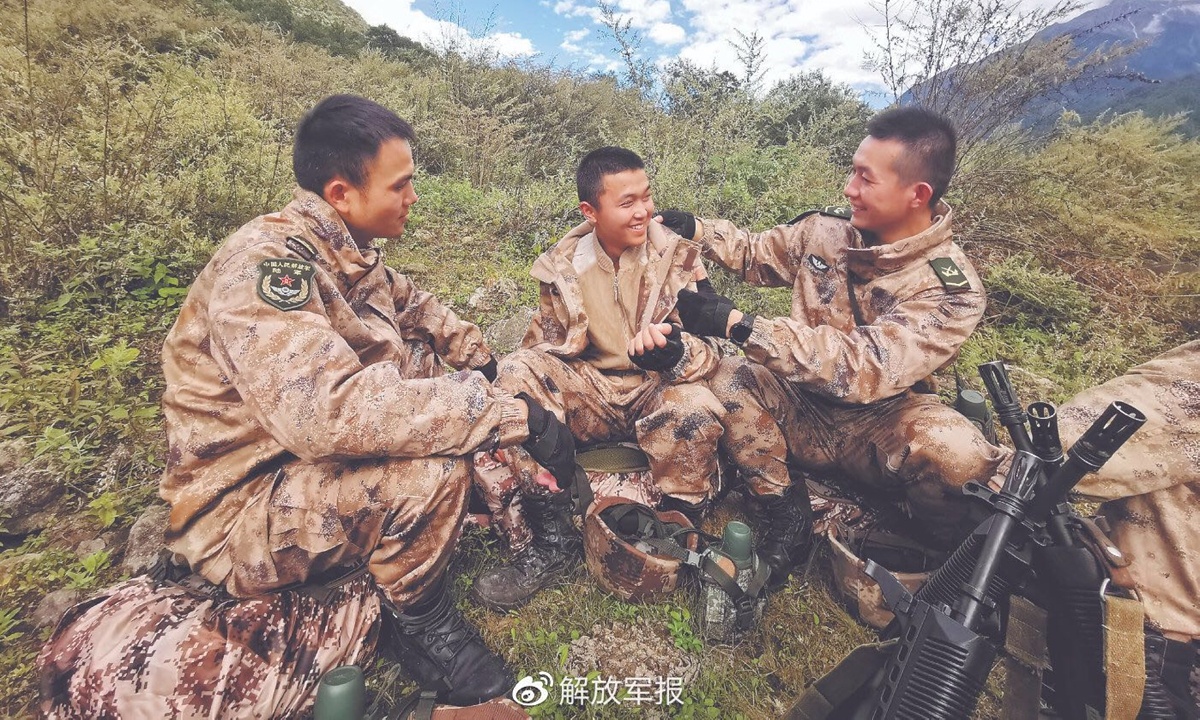 Advanced technologies are also being used in the new equipment, the anonymous officer in charge said. A round trimmed hat can help soldiers keep disguised and protect them from UV rays, while a multifunctional can guarantee that soldiers have hot water to drink during patrols and can also be used for cooking , significantly improving soldiers' ability to survive in the field.

"The kettle is made of titanium and is very light… it meets the requirements for marching in fields and can help soldiers recover quickly," said another soldier in Motuo.

PLA soldiers are also equipped with a kind of skin suit that smells of garlic.

The PLA has been researching this new equipment since 2014, and researchers have gone to troops in Xinjiang and Tibet to conduct field research many times, according to the source.

The news came amid the nation's celebration of the 70th anniversary of the Chinese People's Volunteers (CPV) army's participation in the War to Resist US Aggression and Aid Korea (1950-53), during which thousands of CPV soldiers froze to death in the Battle of Chosin Reservoir.

"Seventy years ago, our soldiers could only wear summer suits in temperatures many degrees below zero. 70 years later, everything has changed and our country has become strong. It's good to see!" a Web user commented on China's Twitter-like Sina Weibo.

"Please give them [PLA soldiers] the best," said another.