It is hard to connect a man smelling of gasoline and dressed in army greens with the honor of being recognized as an expert worker entitled to a State Council special allowance. 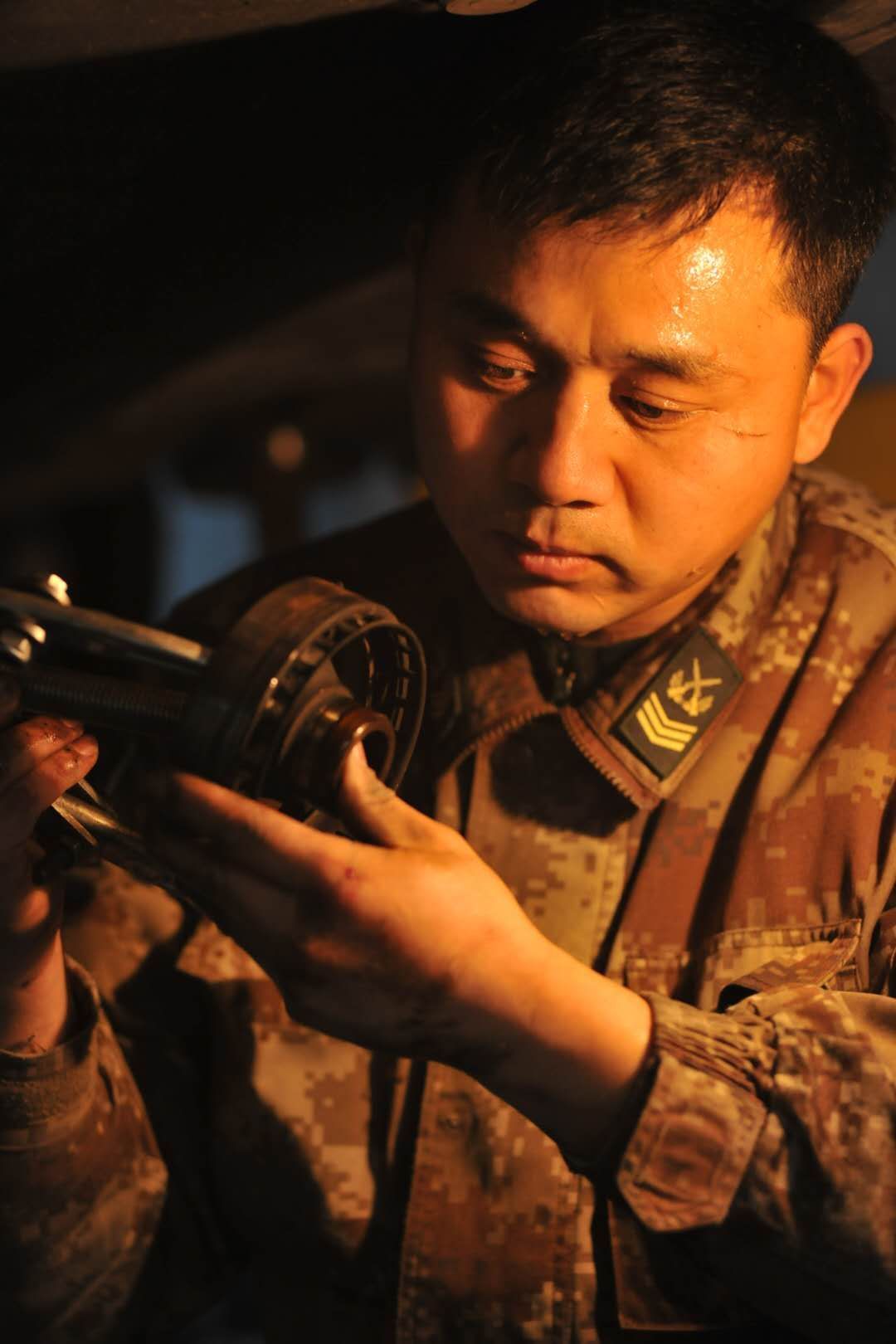 Zhang Junkai was honored as one of "the most beautiful soldiers in the new era". CHINA DAILY

Zhang Junkai, 40, has served as an auto mechanic in the People's Liberation Army for 23 years. He has won awards for developing 10 innovative devices that have played an important role in improving the performances of military vehicles.

"The strength of the army comes from the efforts of every soldier," Zhang said. "To build a strong army, we must continually improve our capabilities. Just like a military doctor rescuing the wounded, a repairman's job is to restore the vehicle. Every soldier should stick to his post."

In 1996, the then 17-year-old Zhang enlisted in the army, and the death of his younger brother in a car accident influenced what job he would do.

"If the mechanical fault could have been found earlier and rectified, the accident would never have happened," he said.

From then on, Zhang devoted himself to automobile maintenance and has made outstanding contributions over the decades.

His wife Li Hong recalls he wore an army coat and smelled strongly of oil when they went on their first date.

"At first, I thought he was too busy to change clothes, but later I found out that it is his attire for the four seasons because he spends all his time in the workshop," Li said.

Zhang is recognized not only as a hard worker, but also an innovator. He works in Heilongjiang, China's northernmost province, which has long, cold winters and temperatures as low as -40 C.

This causes numerous mechanical problems for the PLA's vehicles, which poses big challenges for their combat readiness and effectiveness.

Zhang said it got so cold in winter he sometimes started small fires under some of the diesel engine vehicles to heat them up enough to start running. He said the method was "dangerous and time consuming".

"I wondered if there was a safe and convenient way of keeping a truck warm so that it could start at any time," he explained.

Zhang had no formal education in auto engineering and approached the problem from scratch. Many diesel vehicles come equipped with block heaters that keep the engine warm when not in use.

He spent three months analyzing data, and came up with a device that regulated the engine's temperature. In January, he drove a modified vehicle thousands of kilometers to test the performance and reliability of his device.

His innovative device came third in a PLA competition for progress in science and technology. "Every time I fix a broken car and give it back to the driver I feel really happy when they thank me and regard me as a hero. At that time, I know I am an important part of the army," Zhang said.

Due to his outstanding contributions, Zhang has been recognized as one of the PLA's "excellent sergeant talents" as well as one of the army's "100 good squad leaders".

He was recently honored as one of "the most beautiful soldiers in the new era".

Zhang's hands are scarred due to frostbite and work injuries. But he doesn't think the scars are ugly and regards them as badges of honor worthy of admiration.

"I didn't intend to win rewards and prizes," he said.

"As a repairman, I face various problems. I enjoy the process of thinking, innovation, invention and creation."

Zhang said he would continue to try to develop innovations in vehicle maintenance.

"This is what I pursue in life and what I strive for. Dedication to the army and forging a path to fulfillment is my lifelong pursuit," he said.

Gong Wenyu contributed to this story.