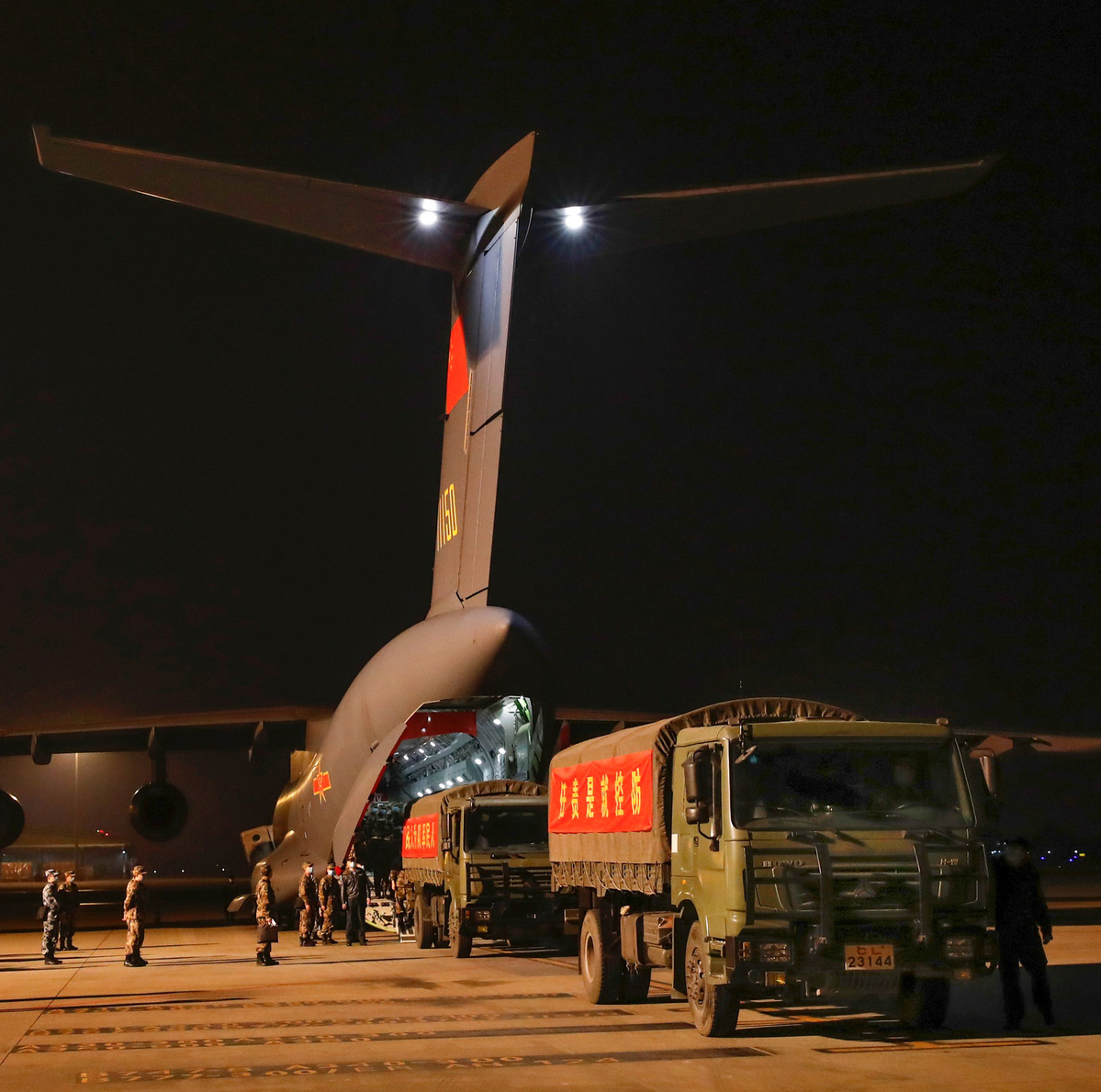 An additional 2,600 military medics sent by the People's Liberation Army to help fight the novel coronavirus epidemic have all arrived in Wuhan, Hubei province, after the final dispatch of 1,200 military medics arrived on Monday.

Medical personnel and sanitary supplies were transported by air and rail.

The PLA Air Force is using eight transport planes, including several domestically developed Y-20 strategic heavy-lift aircraft, to carry medical personnel from different cities at the same time, including Chengdu in Sichuan province, Lanzhou in Gansu province and Shenyang in Liaoning province. The first Y-20 aircraft landed at Wuhan Tianhe airport at around 9 am.