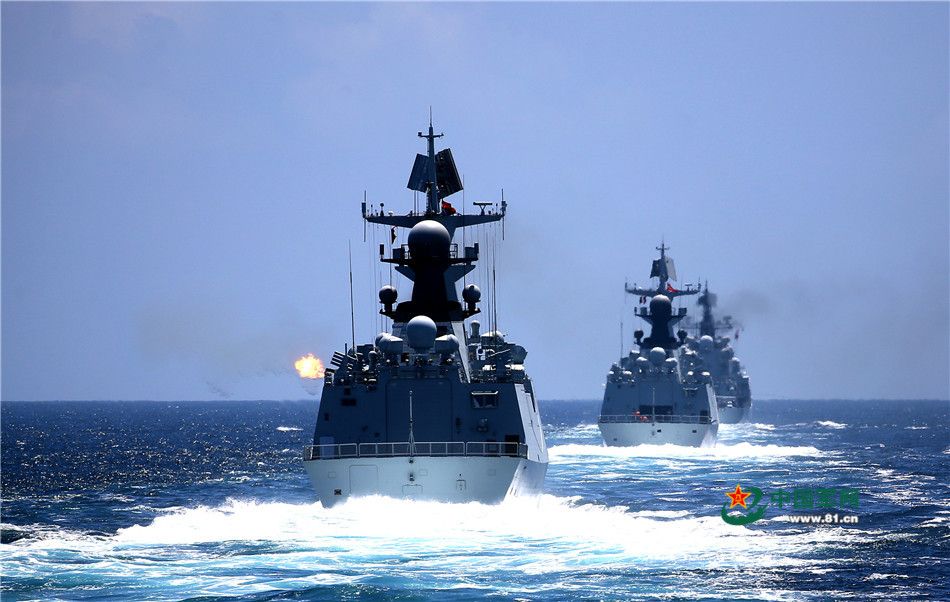 Photo: Global Times
The exercises were aimed at extending air defense from land to sea to bring a greater guarantee of national security, military experts told the Global Times on Sunday.
More than 10 randomly selected naval vessels participated in the real combat simulation with mainstream anti-ship missiles as the targets for exercises.
The exercises could strengthen the PLA Navy's defense capability in response to potential threats from anti-ship missiles from Japan, the US and other countries near China, said Song Zhongping, a military expert and TV commentator.
"Intercepting anti-ship missiles is an urgent task as the surrounding threats grow," Song told the Global Times on Sunday.
The anti-missile system in the sea would help safeguard the country's coastal areas, he noted.
The PLA Daily reported that naval vessels needed to detect multiple incoming missiles and choose a proper method to intercept targets.
If the first interception failed, the vessels must adjust fast and launch another interception.
The guided missile frigate Meizhou of the PLA Navy South China Sea Fleet shot down an incoming anti-ship missile at the first attempt.
Type 056 Corvette Tongren of the PLA Navy East China Sea Fleet missed the first attempt but hit the target with an immediate follow-up launch of an interceptor rocket, the PLA Daily said.
"Anti-missile capability is indispensible to building a fully functional strategic PLA Navy. Such exercises are aimed at ensuring the PLA is prepared for battles," Song said.
Experts from the PLA Navy and academic institutions gathered data and videos during the exercises to precisely analyze and evaluate the drill results. Earlier this month, the PLA held military exercises in the Yellow Sea.
For safety reasons, all boats were banned from entering restricted areas, according to a notice released by China Maritime Safety Administration.