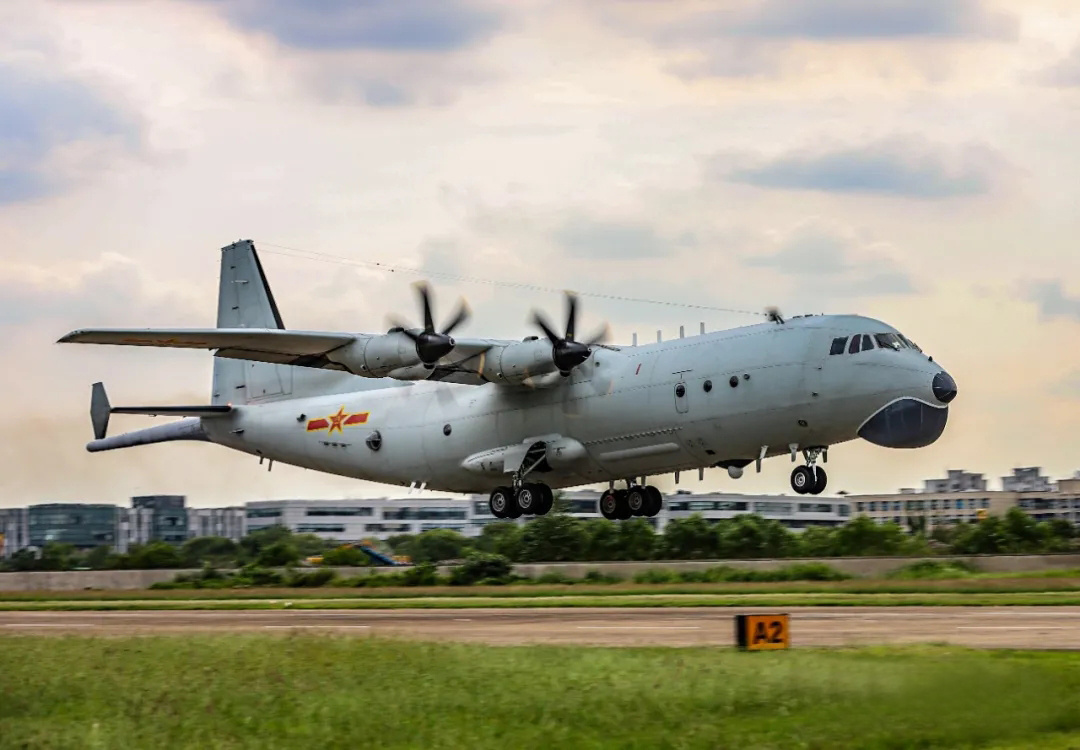 An anti-submarine aircraft operated by the PLA Navy has received a lot of publicity recently after a series of patrols along the Taiwan Straits.

The PLA Eastern Theater Command has published three posts on its WeChat account over the past month about recent training and live-fire exercises carried out by the Y-8 anti-submarine patrol plane.

The posts contained pictures and video clips of the fixed-wing aircraft and said pilots have been conducting intensive combat training recently. Among its missions, the Eastern Theater Command is believed to be responsible for operations in the Taiwan Straits.

Announcements by military authorities in Taiwan show the Y-8 has been the Chinese mainland military hardware most photographed in the Taiwan Straits by Taiwan's military pilots over the past month.

Li Jie, a former researcher at the PLA Naval Research Academy, said the aircraft is tasked with detecting enemy submarines and sinking them if needed. He said it has significantly boosted the Navy's anti-submarine capability, which had been severely restricted for many years by poor equipment and a lack of experience.

"The United States Navy has frequently sent its carrier strike groups to China's coastal waters, including the Taiwan Straits, and such groups have advanced nuclear-powered attack submarines," Li said."The US Navy never reports developments of its submarines' tasks. In addition, Japanese submarines are often dispatched to waters near us. How could we know what they have done in our waters?"

Li said increasing Y-8 training and exercises in sensitive regions is necessary, adding that the plane is fast, has a long operational range and strong detection capabilities.

A Chinese defense industry insider who requested anonymity said the Y-8 can perform many operations that other types of aircraft cannot.

"It is the best choice when it comes to anti-submarine warfare because compared with other aircraft, say fighter jets, it can carry more instruments, fly farther and longer and can execute more kinds of tasks," he said.

The four-engine Y-8 anti-submarine model, previously known as the Gaoxin-6, was designed and manufactured by Aviation Industry Corp of China, based on the Y-8 transport plane.

It can easily be distinguished from other Y-8 variants by its large sea-search radar, mounted below the cockpit, and its magnetic anomaly detector boom, which looks like a metal tail.

The aircraft is China's first fixed-wing anti-submarine patrol plane. With multiple detection methods, it is capable of carrying out search, identification, reconnaissance and anti-submarine combat operations.

It was first revealed in late 2011 when some pictures showing a prototype taken by aviation fans were circulated on domestic military-themed websites.

It started to be delivered to the PLA Navy around 2015, making the country the sixth nation to deploy such a sophisticated plane, according to foreign naval observers. The others are the United States, Russia, Japan, the United Kingdom and France.

The most-deployed anti-submarine aircraft is the US' Lockheed P-3C Orion, which has often been featured in military encounters between the US and China. Almost all US allies have P-3Cs as the backbone of their anti-submarine forces.