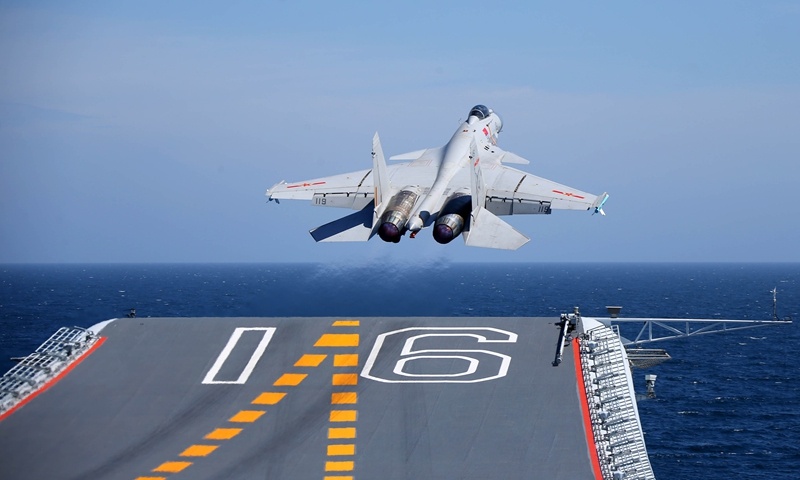 The annual pilot recruitment program of the Chinese People’s Liberation Army (PLA) Navy recently entered a new phase, in which candidates’ physical and psychological potential will be put to test.

The program’s progress comes amid a significant rise in demand of naval aviation pilots, as China’s second aircraft carrier, the Shandong, is now ready for operation, and Type 075 amphibious assault ships are also in need of helicopter pilots.

Recently started in Nanjing, East China’s Jiangsu Province, the comprehensive test phase of the PLA Navy’s pilot recruitment program will put candidates from 22 provinces, autonomous regions and municipalities as well as military schools to the test in terms of their physical and psychological potential, and their political stance in three cities across China, China Central Television (CCTV) reported on Tuesday.

A final enrollment procedure will be held from June to July in 2021, and those who pass all tests will be admitted to the Naval Aviation University of the PLA, the CCTV report said, noting that the pilot cadets will get the chance to fly the J-15 aircraft carrier-based fighter jets.

Chinese analysts said that the Shandong is ready for combat, after it recently conducted fighter jet sorties and recovery training and then sailed through the Taiwan Straits on Sunday and entered the South China Sea for exercises.

The development of more aircraft carriers will result in a surge in demand for naval aviation pilots, Wang Ya'nan, chief editor of Aerospace Knowledge magazine, told the Global Times on Wednesday.

Analysts said simply recruiting pilot cadets is not enough, as they also need to be trained well enough to become qualified.

Beijing-based naval expert Li Jie told the Global Times in a previous interview that the PLA Navy not only needs pilots for fighter jets on aircraft carriers, but also helicopter pilots for its Type 075 amphibious assault ships.

Analysts said a Type 075 ship could host dozens of helicopters. Media reports said two Type 075s are undergoing sea trials, and a third one is being built.