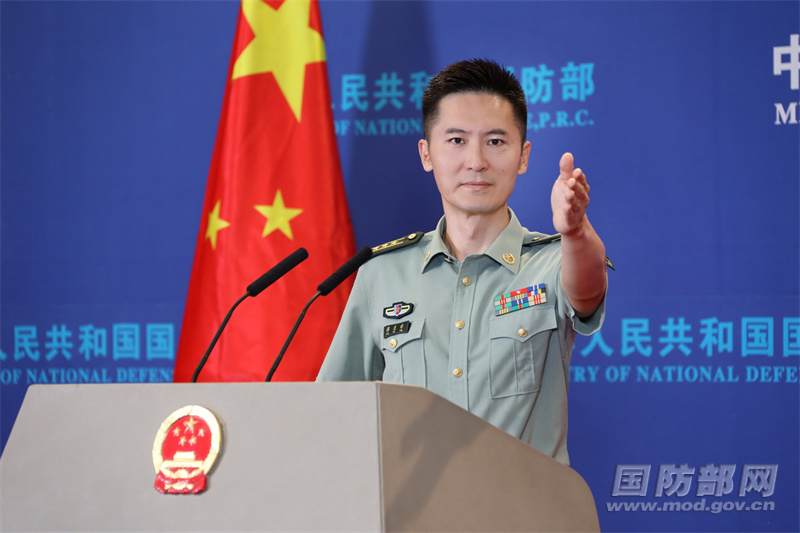 The People's Liberation Army has "fully exercised its ability to carry out overseas military operations" through its participation in the Russian-organized Vostok-2022 (East-2022) military drills, a Defense Ministry spokesman said on Thursday.

The PLA has "made full use of an unfamiliar complex environment" and meticulously organized fully functional forces, including command, combat and support, in accordance with various demands, said Senior Colonel Tan Kefei, a spokesman for the Ministry of National Defense.

The joint drills were carried out from Aug 31 to Sept 7 and involved 14 countries, including China and Russia. The Chinese military organized its elite forces to attend the exercises in Russia's Ussuriysk and the Sea of Japan, the spokesman said. According to Xinhua News Agency, more than 2,000 Chinese troops — from the Ground Force, Navy and Air Force affiliated with the Northern Theater Command of the PLA — were mobilized.

"During the exercises, the multinational forces worked together to study combat tactics, and the troops competed on the same level," Tan said, adding that the participating militaries have exchanged their experiences and practices, and deepened the friendships between them.

"China will continue to conduct extensive military cooperation and exchanges with more countries with an open and friendly attitude, enhance strategic mutual trust and jointly safeguard world peace and stability," he said.