China's next-generation aerial tanker, the YU-20, has started to join combat readiness training, as the aircraft is expected to boost other warplanes' long-range operational capabilities, announced a spokesperson of the Chinese People's Liberation Army (PLA) Air Force, who also vowed to safeguard China's sovereignty and territorial integrity with warplane sorties around the island of Taiwan. 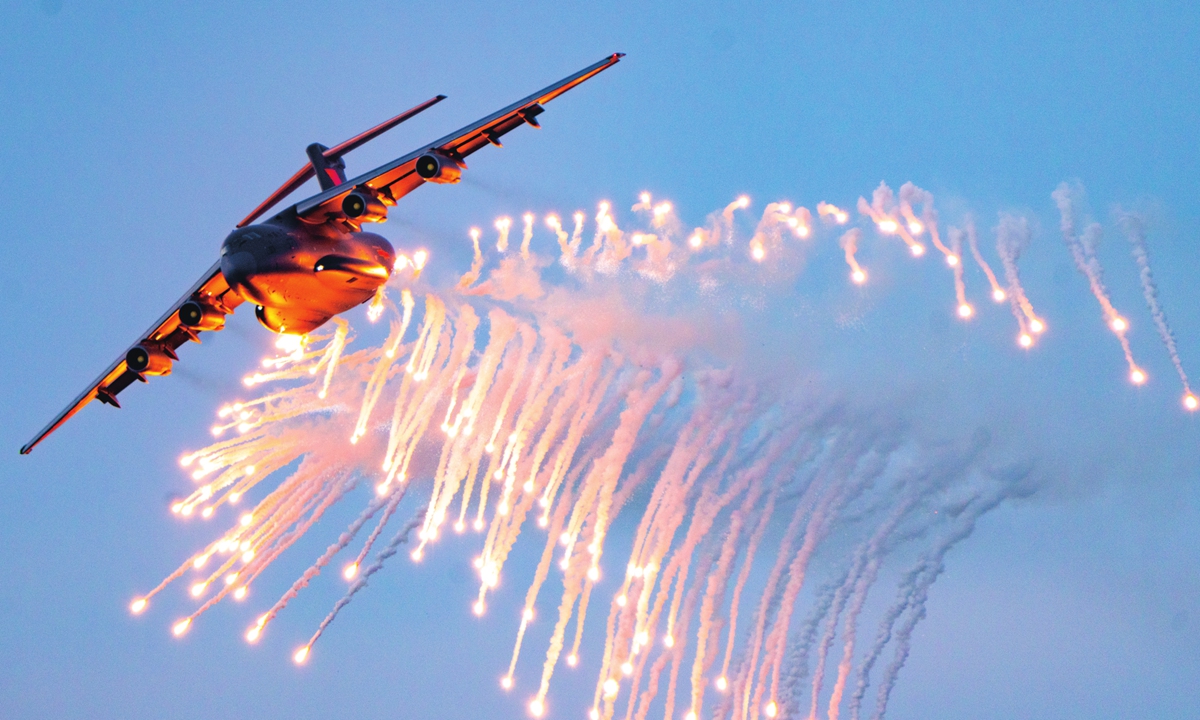 Senior Colonel Shen Jinke made the remarks at a press conference in Beijing on Sunday, the People's Daily and China Central Television reported.
The YU-20 is a tanker variant spawned by China's domestically developed Y-20 transport aircraft, analysts said.
The YU-20 aerial tanker has recently conducted aerial refueling exercises at sea with the J-16 fighter jet, enhancing the aircraft's realistic combat training level, Shen said.
As China's next-generation tanker aircraft, the YU-20 can effectively enhance the aviation force's long-range operational activities, while maintaining the same functionality as the Y-20 transport aircraft in airlift missions, Shen said.
While this is the first official introduction of the YU-20 by the PLA, the aerial tanker's existence has been widely known to the general public because of its missions around the island of Taiwan.
On November 28, 2021, a total of 27 PLA warplanes including a YU-20 tanker aircraft entered the island of Taiwan's self-proclaimed southwest air defense identification zone, the island's defense authorities said in a press release at the time.
This is the first time a YU-20 aerial refueling aircraft has been spotted in a PLA flyover near the island of Taiwan, media on the island reported. The reports said that the YU-20 refueling aircraft apparently carried out aerial refueling procedures with two J-16s.
Shen said at the Sunday press conference that the encirclement flights of the PLA Air Force's multiple types of warplanes around the island of Taiwan have enhanced the PLA's capabilities to safeguard national sovereignty and territorial integrity.
The PLA Air Force has firm will, full confidence and sufficient capability to safeguard national sovereignty and territorial integrity, Shen said.
By receiving aerial refueling, warplanes are able to have extended range and operational time, making aerial tanker a power amplifier in modern warfare, a Beijing-based military expert who requested anonymity told the Global Times on Sunday.
This will enable the PLA aircraft to operate extensively also to the east side of the island of Taiwan, giving Taiwan secessionists no ability to hide while also intercepting foreign forces that might wish to interfere, the expert said.
At the press conference, Shen also announced that the PLA Air Force will hold an open day and aviation expo event from August 26 to 30 in Changchun, Northeast China's Jilin Province.
The remains of Chinese People's Volunteers (CPV) martyrs who sacrificed their lives in the War to Resist US Aggression and Aid Korea (1950-53) will return to China on September 16 from South Korea. The PLA Air Force previously dispatched Y-20s to repatriate the remains and had J-11 fighter jets to escort them, Shen said.
This escort unit has now switched to fly J-20 stealth fighter jets, Shen said.