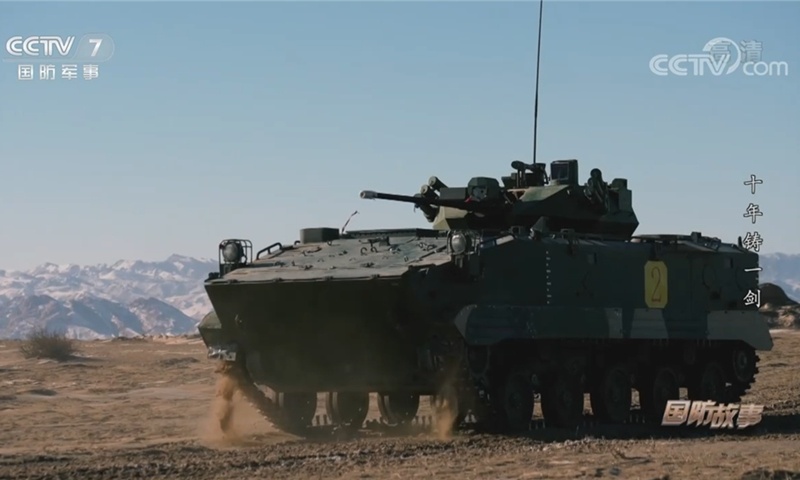 The Type 03 airborne infantry fighting vehicle, currently in service with the Chinese People’s Liberation Army (PLA) Air Force, will soon get a newly developed fire control system that will enable the air-droppable armored vehicle to fire while moving, a capability that can greatly enhance the vehicle’s combat performance, analysts said on Sunday.

The new fire control system is currently under testing and, if everything goes well, will be put into mass production, the Ordnance Industry Science Technology, a Chinese defense industry magazine, reported on Friday.

Firing while in movement is not technically challenging for China’s arms industry, as similar fire control systems have been used on Chinese main battle tanks for a long time. However, the problem was that the previous systems were too expensive to be installed on other armored vehicles produced in mass, Ordnance Industry Science Technology said.

Developed by Shan Dongsheng, a professor at the Army Academy of the Armored Forces of the PLA, the new digital image-stabilized fire control system solved the costly issue while also made it possible for armored vehicles to fire with high accuracy while moving, the report said.

It also comes with two antennas on the turret to boost the vehicle’s level of connectivity and joint combat capability, the magazine said.

A Chinese military expert told the Global Times on Sunday that the new fire control system could also be widely used on other armored vehicles, including those currently in service.

The Type 03 airborne infantry fighting vehicle, which made its public debut in 2005, is a key piece of equipment for the development of the PLA airborne troops. Its commissioning means airborne troops will have mechanized support on the ground, Ordnance Industry Science Technology said.

The new vehicle is equipped with a 30 millimeter machine gun giving it strong firepower, but its previous fire control system had poor accuracy while moving and it had to stop for precise firing. This could result in the failure to take crucial combat opportunities and a higher risk of being hit by the enemy fire, analysts said.