CHINA PLA to take forceful measures if anyone tries to separate Taiwan from China: Chinese ambassador to US

PLA to take forceful measures if anyone tries to separate Taiwan from China: Chinese ambassador to US 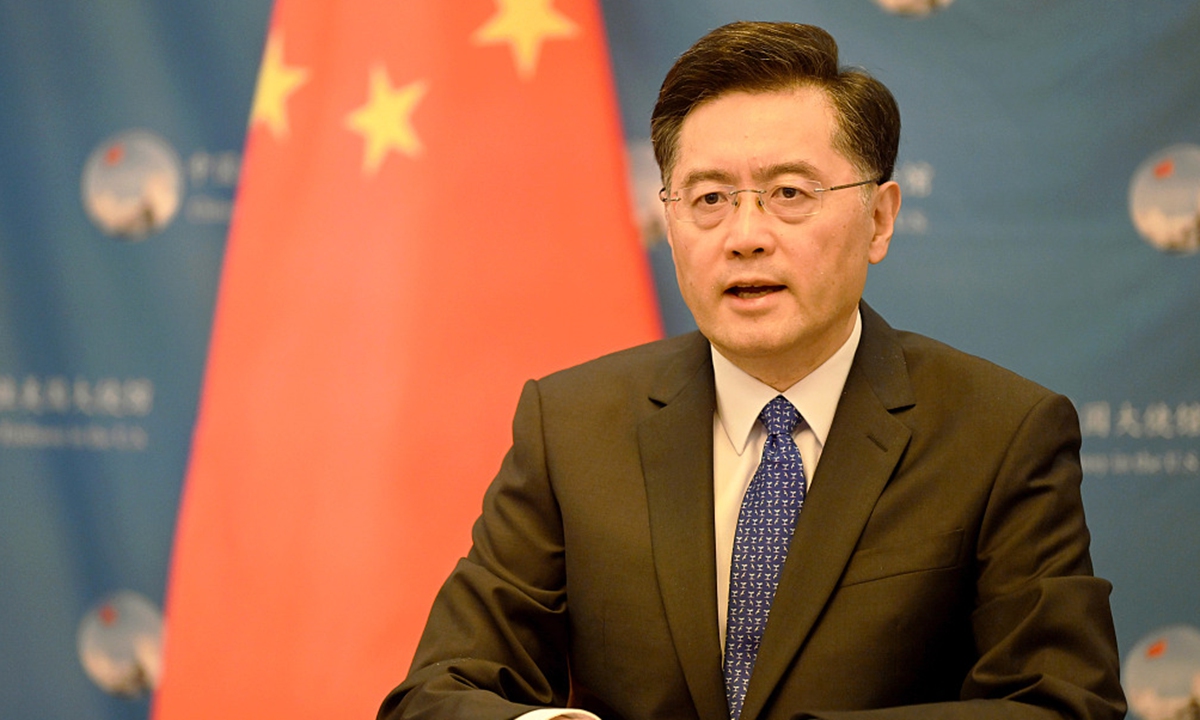 Chinese Ambassador to the US Qin Gang Photo:VCG

If anyone tries to separate the island of Taiwan from the country, if anyone wants to challenge China's bottom line, Chinese military will take forceful measures to firmly safeguard national sovereignty and territorial integrity, Chinese Ambassador to the US told at a recent event.

These remarks were made by Qin Gang, the Chinese envoy to the US, at the reception marking the 95th anniversary of the founding of the People's Liberation Army (PLA) of China. The Taiwan question has always been the most important and sensitive core issue in China-US relations, he said, noting that the Chinese government values peace and stability across the Taiwan Straits, and has been making utmost efforts for peaceful reunification.

However, the "Taiwan independence" separatist forces and their activities pose the biggest threat to cross-Straits peace and stability, the Chinese official said. "If anyone tries to separate Taiwan from China, if anyone wants to challenge China's bottom line, Chinese military will take forceful measures to firmly safeguard national sovereignty and territorial integrity," he said.

The tensions over the question have been escalating in recent days as China has issued six warnings in the past few days on the US House Speaker Nancy Pelosi's unconfirmed plan of a trip to the island. The Chinese Defense Ministry on Tuesday vowed that if the US insists on interfering, the Chinese military will by no means sit by idly and strong measures will be taken to thwart any external interference and "Taiwan independence" separatist attempts.

Some people say that China and the US cannot avoid the "Thucydides' trap" and the "tragedy of major-power politics." Others assert that we will enter into a new Cold War, Qin noted.

With the lessons of major-country conflict and confrontation still fresh in our memory, we should say a categorical "no" to these assertions, and jointly explore a way of peaceful coexistence on this planet for the two major countries, both of which have different social systems, development paths, history and cultures, he said.

Maintaining the stability of military-to-military relations is essential to China-US relations, Qin said, noting that it's hoped that the two sides will make joint efforts to strengthen communication, build military mutual trust, manage risks and crises, and advance cooperation in areas of shared interests.

US Defense Secretary Lloyd Austin said on Wednesday he had spoken with Pelosi and given her a security assessment but any comments about a trip she might make to Taiwan would have to come from her office, Reuters reported.

Chinese experts said earlier that the strong warnings from the Chinese military meant that the Chinese PLA is well prepared for all the possible challenges if Pelosi visits the island. The US government is urged to keep its promise of not supporting Taiwan secessionism and if it insists on crashing against the "guardrails" for the bilateral relationship, the consequence may lead to severe disaster, experts warned.