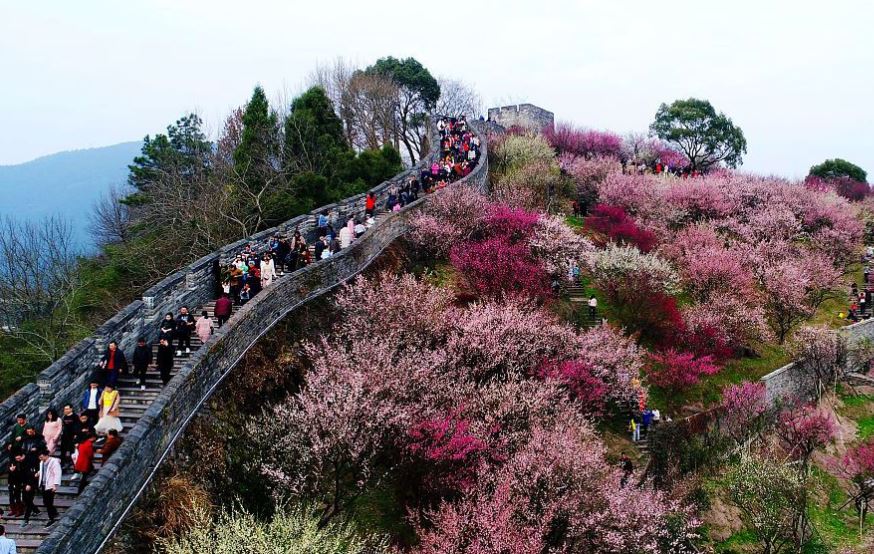 Thousands of people have thronged to temples across China to spend their first day of Chinese New Year praying for good fortune and health for their family. If you haven't planned where to spend the rest of your holiday yet, check out the following places for a scenic adventure.

In some parts of China, February is when the flowers begin to bloom, so it's time to grab your camera and venture into a world of flowers.

The plum blossom, also known as “meihua” in Chinese, is a flower that is especially adored by the Chinese people. In Taizhou, east China's Zhejiang Province, the blooming plum blossoms have brought life, beauty and a gorgeous fragrance to its Ancient City Wall. 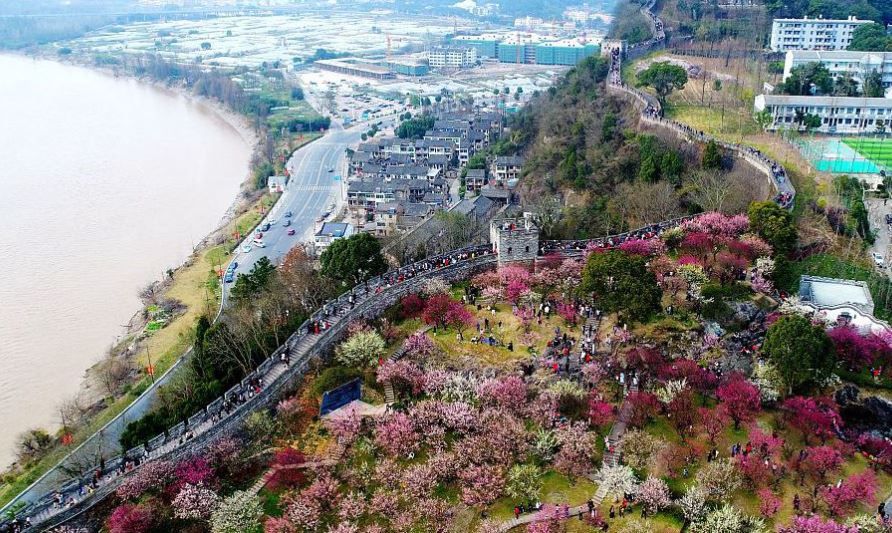 The Ancient City Wall, also known as Jiangnan Great Wall, is a well-preserved ancient city wall built during the Jin Dynasty (266-420) to protect the city from enemies and floods. Stretching over 6,000 meters, it is one of the most popular historical sites in Taizhou.

Symbolizing hope, purity and perseverance, the plum blossom has been depicted in Chinese paintings and poetry for centuries. For instance, as one Chinese poem goes, "The fragrance of plum blossom comes from bitterness and coldness". In early spring, they burst into bloom, marking the regeneration of life.

A flower festival is now underway at Yingxiang Ecological Park in the Gaoming District, Foshan, south China's Guangdong Province. Among the 10 themed exhibitions, the peony display is the most noticeable.

As one of the most significant flowers in China, peonies stand for wealth, prosperity and honor, and are particularly appealing to tourists who would like to gain some good luck from the flowers in Chinese New Year. 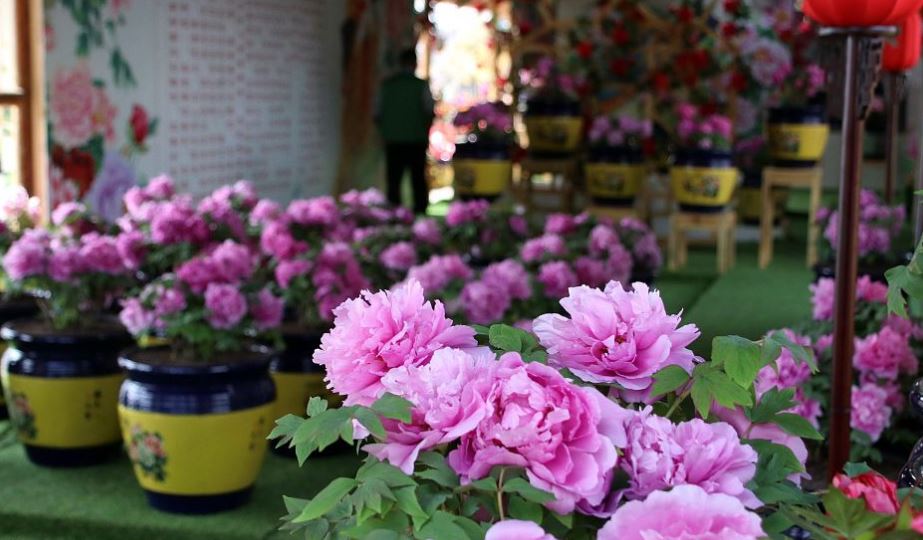 The flower festival at Yingxiang Ecological Park lasts until March and offers a perfect place for a daytrip.

The sea of canola flowers at Xincheng County in the prefecture-level city of Laibin, Guangxi Zhuang Autonomous Region, provides visitors with idyllic scenery and tranquility. Covering over 6.7 square kilometers in area, the field of yellow flowers provides a luminous escape from the hustle and bustle of the city. 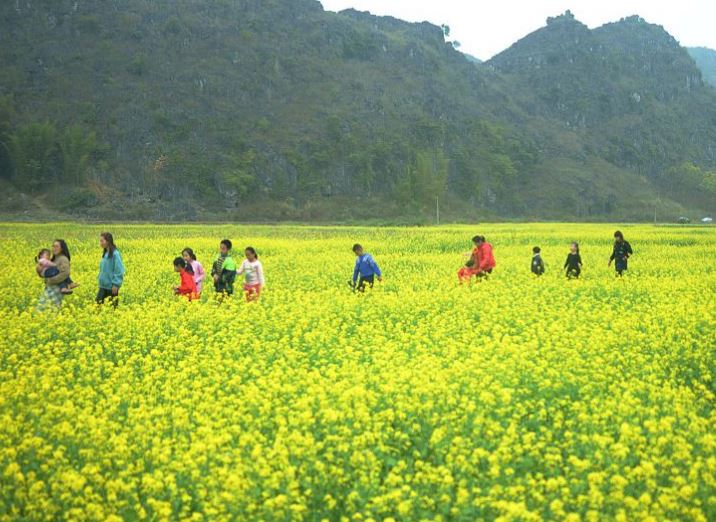 Xincheng County is a good example of the beautiful countrysides and revitalization of villages in China, and now it's the right time to enjoy a nice and peaceful outing here during the Chinese New Year holiday.

Tens of thousands of flowers bloom in Putuo Rural Complex, a place for agriculture and tourism in Zhoushan, east China's Zhejiang Province. Covering an area of 15,000 square meters, the flowers create a visual collage. 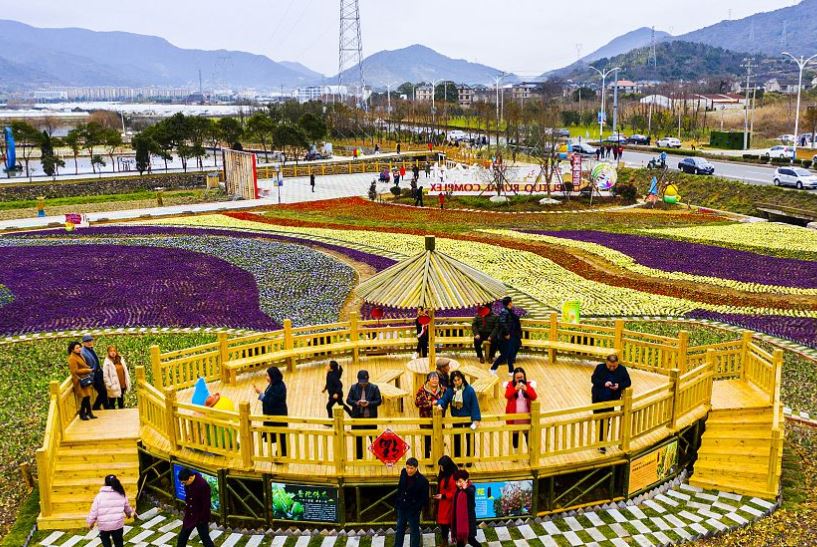 The flowers are laid out in the pattern of a lotus surrounded by purple and yellow waves. Free of charge during the Chinese New Year holiday, visitors don't have to worry about the long queues, like those at temple fairs.