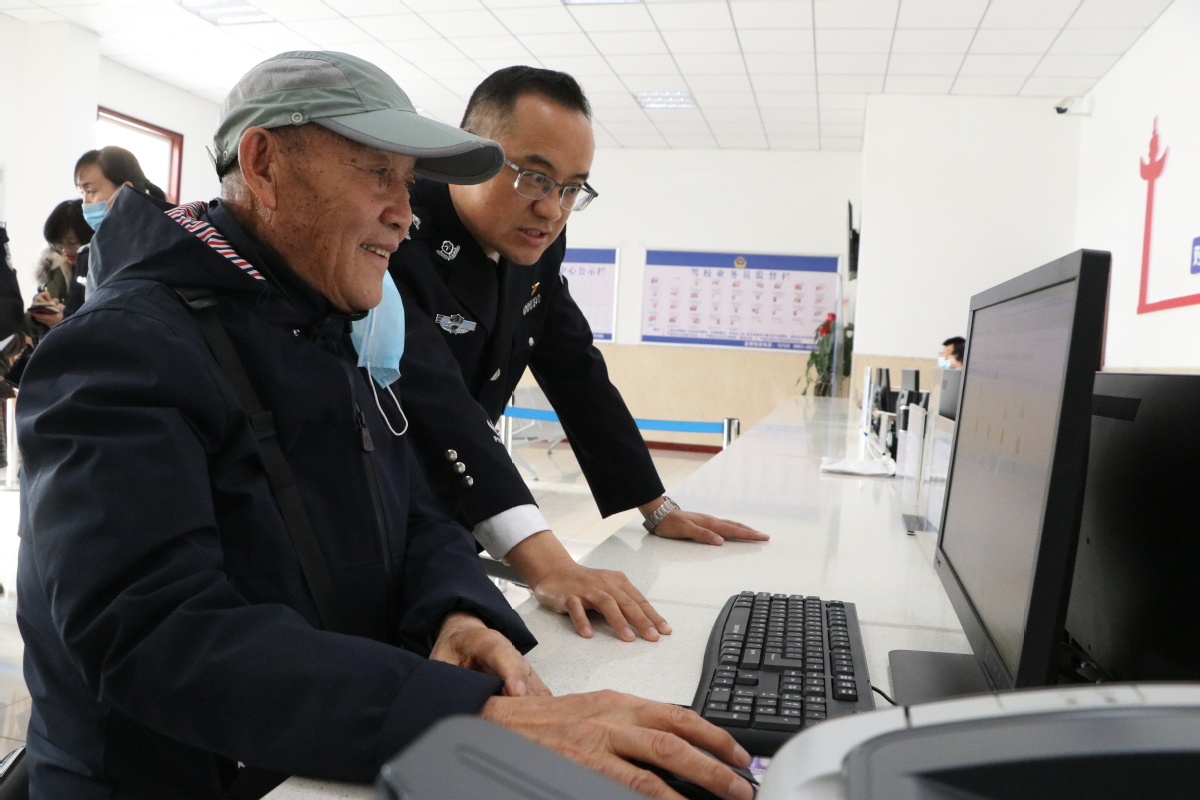 China's top economic planner has asked authorities to speed up efforts to meet the nation's goal of tackling the most pressing issues facing senior citizens, with many less tech-savvy older people having difficulties registering at hospitals, withdrawing savings or paying electricity bills as many such services shift online or are conducted on machines.

Government departments will attach importance to the job and work to narrow the digital divide as soon as possible, said Lian Weiliang, deputy director of the National Development and Reform Commission.

"Serving seniors is to serve our own relatives, even ourselves," he told a conference on Monday that was attended by officials from a range of departments that oversee some of the services most used by the elderly, including the Ministry of Transport, the National Health Commission and the China Banking and Insurance Regulatory Commission.

Bridging the digital divide in sectors deemed crucial for seniors is the first step in a three-part campaign to mitigate the impact of sweeping digitalization on older people. It was unveiled last month in a guideline released by the State Council, China's Cabinet.

The document defined the "most pressing issues" in detail, listing up to 20 scenarios in need of overhaul, including reforms at the epidemic-control checkpoints commonly seen at the entrance to residential community compounds and commercial complexes at the height of the COVID-19 epidemic.

Some of the checkpoints used to designate "health codes"－a digital pass assessing people's infection risk based on their travel histories－as the only proof of health, causing trouble for older people who don't have smartphones or struggle to make sense of their handsets.

The document also set a goal of making "traditional services"－offered by bank tellers, public transport conductors and other workers－more readily available by the end of next year, and to establish a "long-term mechanism" to fight tech-based discrimination.

The nation's sprawling network of "elderly universities"－institutions enrolling retirees who want to further their education－will be enlisted to carry out the job, teaching students how to navigate through jungles of smartphone apps and other digitalized services, she said.

But before that happens, it has set aside some medical resources for brick-and-mortar registration counters at hospitals, which would benefit older patients struggling to register online, she added.

Li Xingfeng, who oversees financial technology at the People's Bank of China, said it has launched a crackdown on discrimination against people using cash, sending undercover officials to inspect restaurants, convenience stores and ticket offices of parks－places often frequented by older people.

Pan Dongdong, an official with the National Railway Administration, said it has created a "code-free" channel for elderly passengers so they do not have to produce digital health codes. To fulfill epidemic-control requirements, they will instead sign a letter of commitment and leave their personal details.