China is preparing the next phase of the integrated development of the Yangtze River Delta region — a new development plan mapped out to build the area into an economic powerhouse that will add to the country's high-quality development.

The new plan, released on Sunday by the Communist Party of China Central Committee and the State Council, aims to create a strong and active economic growth nucleus and a gateway for further opening up the economy.

Experts said the integrated development of the Yangtze River Delta region, a national strategy for economic momentum, is expected to create a world-class city cluster to fuel the growth of the entire nation, foster new economic drivers for the country and point the way for other countries to explore regional integration and urbanization.

Under the new plan, substantial progress will be made in boosting the integrated development of the delta region by 2025, including fostering a number of world-class industrial clusters and becoming a key national innovation hub. By 2035, the area would become the most influential and dynamic growth pole of the economy.

The delta region encompasses Shanghai and the provinces of Jiangsu, Zhejiang and Anhui, covering around 358,000 square kilometers and generating about one-quarter of the country's GDP.

"As one of the most open, innovative and economically vibrant regions in China, the Yangtze River Delta region has become a key driving force for rapid economic growth, greater national strength and international influence," said Wu Xiaohua, vice-president of the Academy of Macroeconomic Research of the National Development and Reform Commission. "It is also one of the six major world-class city clusters."

"With the plan, the Yangtze River Delta city cluster will see significant improvement in scale and quality," Wu added. "What's more, the integrated development of the region will create new economic drivers amid the slowdown of the global economy and slower growth in world trade. With a key focus on pursuing opening-up on all fronts, it will also provide new impetus to globalization."

Wang Zhen, vice-president of the Shanghai Academy of Social Sciences, added that the region's integrated development will generate new momentum for the economy of both China and the globe.

Compared with leading world-class city clusters, however, the region still lags behind in many fields, such as public services, living conditions and rural and urban management.

"All regions involved in the plan need to work closely together and open the door wider to gain an edge in the allocation of global resources and scientific innovation," Wang said.

Under the new plan, Shanghai can better play up its functions in international economy, finance, trade, shipping and scientific innovation, as well as forge a powerful brand in services, manufacturing, shopping and culture.

As the delta region develops, Jiangsu, Zhejiang and Anhui are set to become an internationally competitive, advanced manufacturing base, a leading player in the digital economy and an important source of innovation and emerging industries, according to the plan. 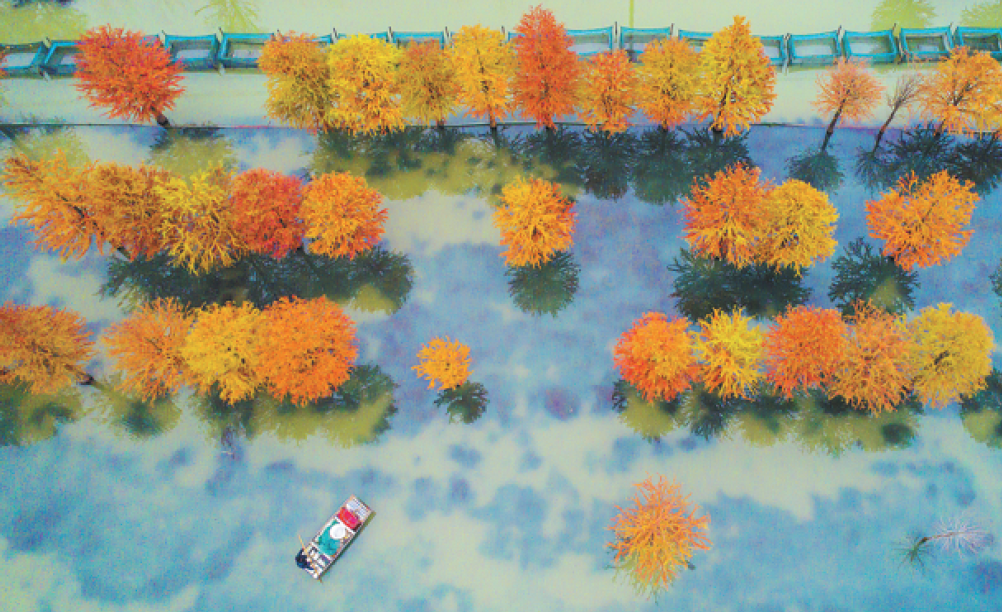 A crab farmer works in Suqian, Jiangsu province, on Saturday. The plan for integrated development of the Yangtze River Delta is expected to further improve the ecology of the region. (Photo: VCG)