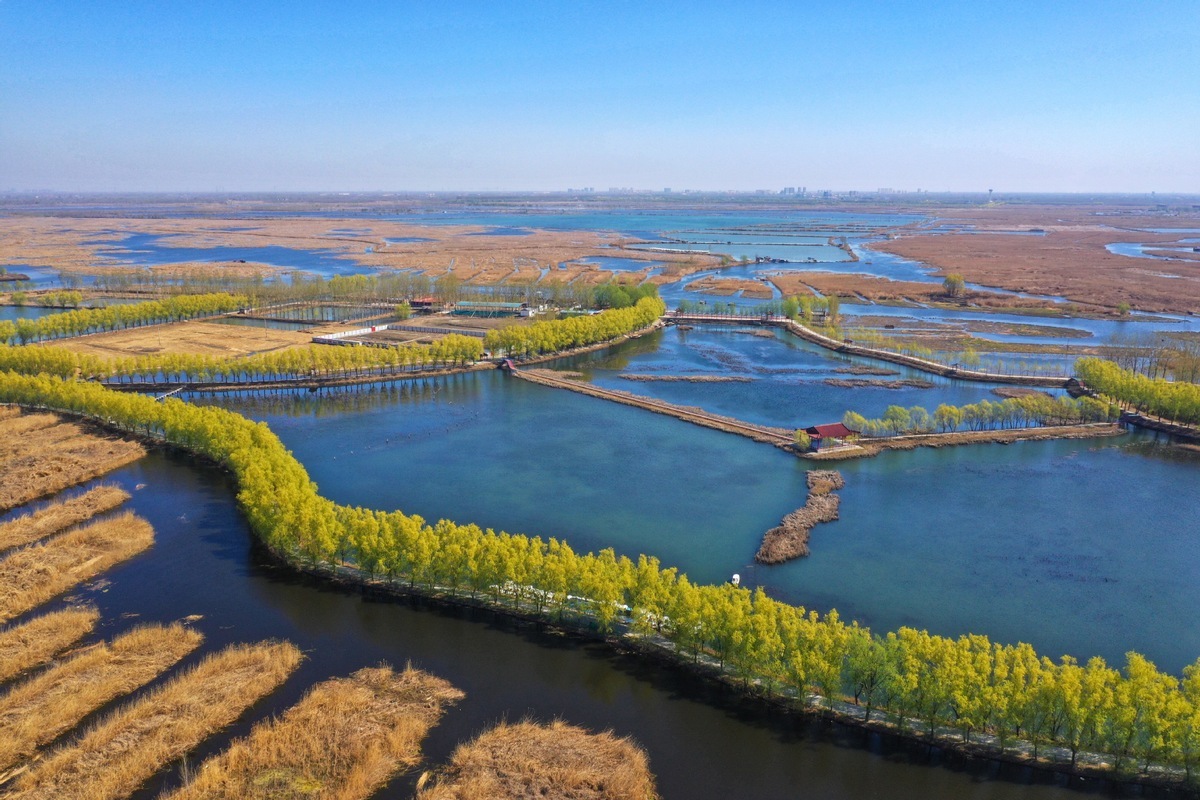 Two plans for the construction of a starting area in Xiong'an New Area, North China's Hebei province were recently approved by the State Council, indicating the development of the new economic zone near Beijing has entered a new stage according to provincial authorities.

The new area, about 100 kilometers southwest of Beijing, was established in 2017 as a major step in the coordinated development of Beijing, Tianjin and Hebei.

Two plans — one for the first construction or startup area covering 38 square kilometers, and another for a larger area of about 198 sq km —were opened to the public in June for comments and suggestions. The larger 198-sq-km area includes the 38-sq-km startup area, according to the area's official WeChat account.

Approval of the plans was disclosed during a meeting held among Hebei top officials on Wednesday.

The 198-sq-km area will be Xiongan's major downtown area, while the 38-sq-km startup area will mainly be the place to gather non-capital functions transferred from Beijing, the account said.

In the future, 90 percent of the larger area's transportation will be green and environmental friendly, with public transport, walking and bicycles playing a major role, it said.

In the startup area, there will be a railway station for passengers taking high-speed intercity trains between Beijing and Xiong'an, travel time for which will be about 30 minutes.