CHINA Plastic straws vanish from China as ban kicks in

Plastic straws vanish from China as ban kicks in

While enjoying New Year celebrations, many Chinese residents noticed they had to bid adieu not just to 2020, but also convenient, single-use plastic items at supermarkets, food stalls, and coffee shops.

And atop the list are plastic straws, which are almost indispensable in the lives of milk-tea-addicted Chinese young people. 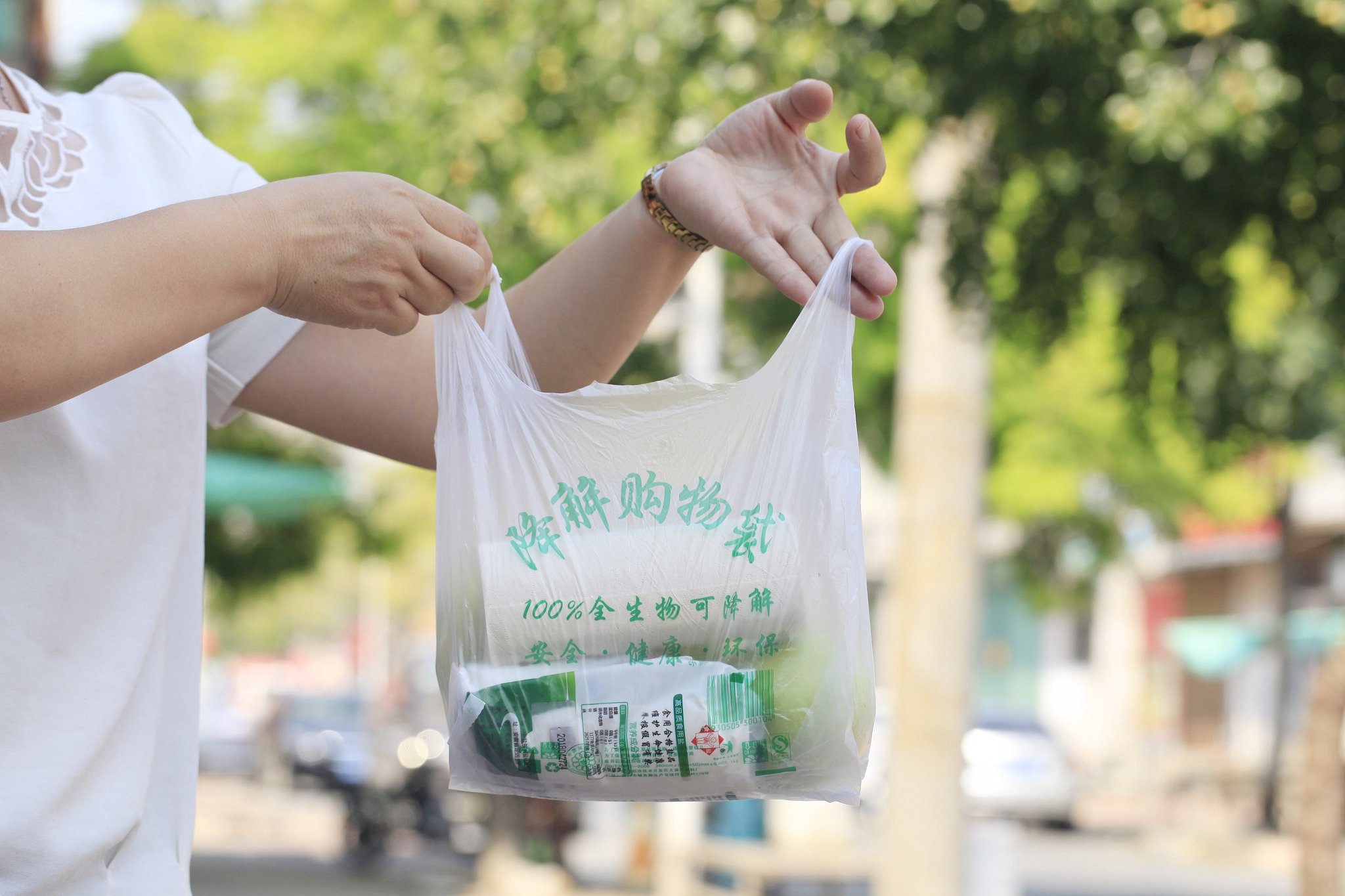 In Shanghai food establishments, paper straws or polylactic acid straws have already replaced plastic ones, while others have just stopped providing straws all together.

Chen Shi, communication director of the Nayuki milk tea chain, told China Media Group that paper straws have been in use since September 2020, so plastic straws could be completely replaced by year's end, according to the plan.

"In all the Starbucks stores in China, the plastic straws have been replaced as well, and it could help us reduced plastic usage by 200 tonnes every year," said Zhu Jingwen, brand manager in Shanghai.

Plastic straws are not the only disposables making an exit. In several supermarkets including Carrefour and RT-Mart in Shanghai, cheap and convenient plastic bags have already been withdrawn from the cashier desks, though customers can pay a premium for recyclable bags.

In Beijing, supermarkets have also promoted recyclable bags and baskets for rent to replace non-degradable single-use bags. But free rolls of plastic bags provided by supermarkets for packaging food remain as the cheaper and more convenient option for packaging loose items or fresh foods.

The plastic bags ban has also not been well-implemented in areas such as open-air wholesales markets as well. But in Shanghai, supermarkets have been seeking ways to stop such waste, for example, by charging for additional plastic bags used. 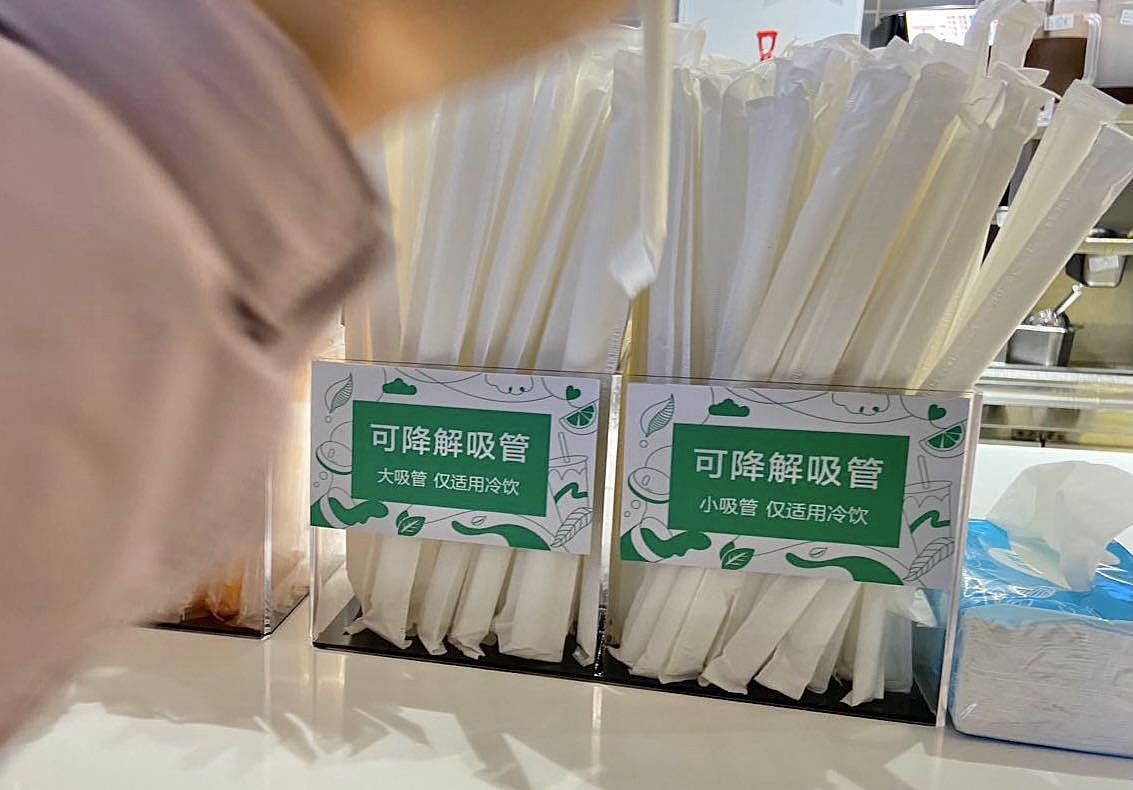 Degradable straws are used in a milk tea shop in Beijing, in December, 2020. (Photo: CFP)

Changes behind the scenes

In a plastic item producing company in Yiwu City, east China's Zhejiang Province, Lou Zhongping, chairman of the board, said the cost of production for degradable plastic items are much higher than single-used ones. For instance, it costs the company only 8,000 yuan ($1,225) to produce about a tonne of single-use plastic straws, but for the same amount of paper straws, the cost is about 22,000 yuan ($3,367).

The polylactic acid straws cost even more – five-six times of the single-use plastic ones. But Lou said they will complete the degrading process and stop production of plastic straws within 90 days.

According to a plastic products supplier in Anhui Province, the cost of a single-use plastic bag is only 8 fen ($0.012), however, it could cost 25 to 40 times more to produce a high-quality degradable plastic bag.

Besides the price, technical difficulty is another challenge in the mass production of the degradable plastic items. Not all plastic item producers are qualified enough to produce degradable products.

But as demand continues to rise, Li Erqiao, general manager of a company in Yiwu engaged in producing straws, said that orders for degradable straws are sky rocketing in their factories. While Yao Xinhong, who runs an agency for catering products, said at least 500 boxes of degradable plastic catering products are ordered now, compared to 200 boxes before the rule was implemented nationwide.

According to a report released by Zhongjin Qixin, a consultant company in May this year, the consumption of domestic degradable plastics market is about 22.6 tonnes, mainly used in catering, packaging, and toiletry industries.