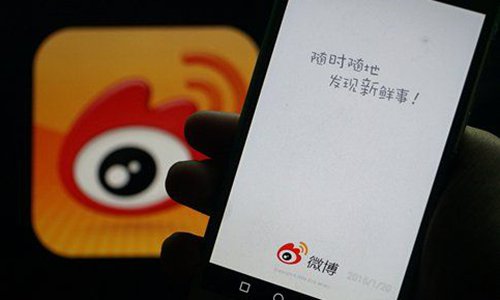 China's Twitter-like platform Sina Weibo shut down dozens of accounts that recommended homosexual romance novels on Tuesday for sharing vulgar gay content. Laiquzhijian, the online name of a person who is said to be one of Weibo's most senior content regulators, told news portal thepaper.com that the platform shut down these accounts for "recommending homosexual, erotic and incest novels" after reports from cyber affairs regulators.These accounts usually post pictures of authors' novels and a long summary with short comments or a recommendation note. Followers can find what they are interested in and search for the novel itself, which could be open source online or published on a pay-wall literature website. One account named "Yuzixiecang," who is nicknamed Little Purple, has 1.5 million followers. The person behind the account has another two accounts, one with 516 novel-sharing posts, and another "Yuzixiele" has only one post announcing that it is replacing "Yuzixiecang." But all three were closed by Sina Weibo on Tuesday afternoon. Personal accounts will be shut down when the platform finds erotic or illegal content, or receives complaints over misconduct by a large number of other users, a Sina Weibo employee told the Global Times on Thursday. Meanwhile, the Global Times found that many accounts recommending heterosexual novels that could be characterized as vulgar, with excerpts of explicit descriptions, were still active as of press time. These accounts appear on non-followers' timelines and complaining about them is useless, some netizens said in comments. Last week, messaging app WeChat announced that it had shut down more than 30,000 accounts for publishing vulgar information since the beginning of 2019.