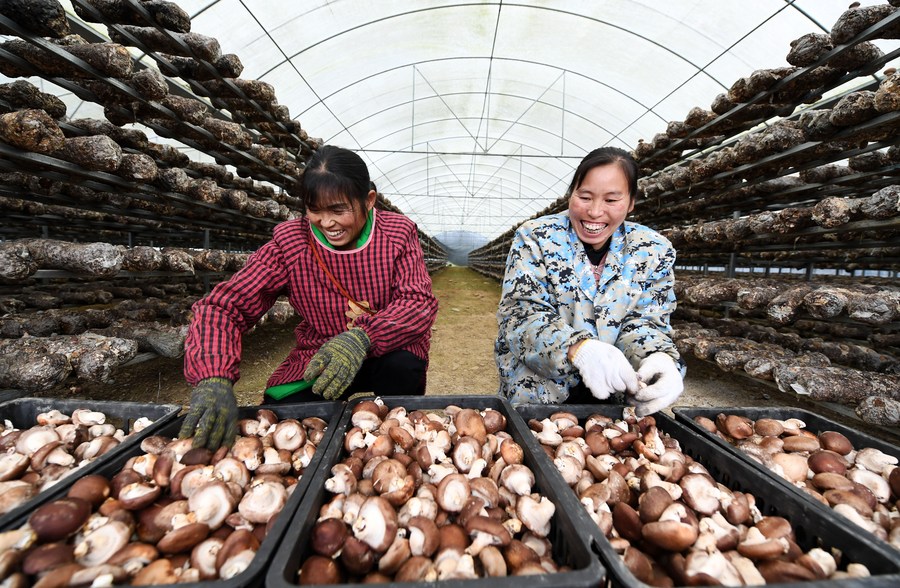 China will improve its national information platform for low-income earners in order to better serve those at risk of falling back into poverty.

According to the Ministry of Civil Affairs, by the end of last year, China had set up a national platform covering more than 58 million people who have been lifted out of poverty but remain potentially at risk of falling back due to low incomes.

"It aims to consolidate the accomplishment of poverty eradication and link it with rural vitalization by providing regular aid to low-income people. It also aims to improve the social aid network," said Zhang Wei, deputy director of the ministry's social aid department, at a recent online news conference.

Last year, China announced that it had successfully eradicated absolute poverty. The ministry subsequently began to set up a dynamic national platform to keep track of individuals at risk of a return to poverty, such as those with serious diseases. A safety net will be created to help those at risk.

"The first step is to organize a comprehensive mapping of the basic information of low-income people. Staff from the grassroots level, including government employees and social workers, visited low-income residents to understand their situations and verify their information in person," Zhang said, adding that the creation of the platform has promoted data sharing among a variety of sources, including education, healthcare, housing and employment.

The platform is able to find people in need by comparing data, and assigns aid after visits are made to confirm the facts in each case, he added.

Since last year, many provincial-level regions have contributed to the platform by tracing people in need and offering help as early as possible.

The province has registered the details of more than 2.7 million low-income people and its platform includes an alert system that removes those no longer in need of help, such as the recently deceased. It cross-checks more than 30 registers of data, including those belonging to vehicle and property registration.

"We will improve information sharing and data analysis between different government organs, to create a platform that can find people at risk of relapsing into poverty and help them before that happens," Xing Hongrui, an official from Shandong province's social affairs department, told local media.