Playing with fire on Taiwan question is doomed to fail: Chinese UN ambassador 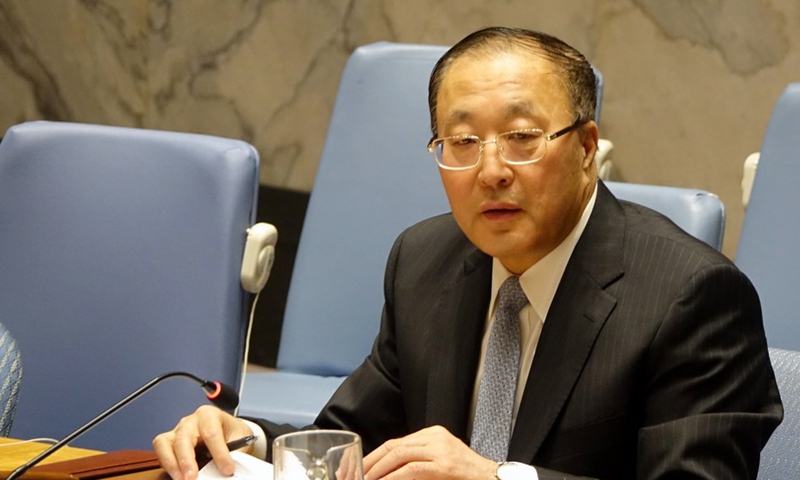 UNITED NATIONS, Oct. 30 (Xinhua) -- Zhang Jun, China's permanent representative to the United Nations, on Friday spoke to the press on the recent erroneous statements by the U.S. government in support of Taiwan's "meaningful participation" in the United Nations.

There is only one China in the world, said Zhang, adding that the government of the People's Republic of China is the sole legitimate government representing the whole of China, and Taiwan is an inalienable part of the Chinese territory.

A total of 180 countries, including the United States, have established diplomatic relations with China on the basis of commitment to the one-China principle, Zhang noted.

The one-China principle is a consensus of the international community and a widely recognized norm of international relations, which allows no challenge or distortion, he said.

Zhang pointed out that the United Nations is an inter-governmental organization composed of sovereign states, and UN General Assembly Resolution 2758 has solved once and for all the issue of China's representation in the United Nations in political, legal and procedural terms.

Taiwan, as part of China, is not qualified to join the United Nations, sand Zhang, noting that the UN system, its specialized agencies and the UN Secretariat should abide by the one-China principle and General Assembly Resolution 2758 when dealing with Taiwan-related affairs.

The one-China principle and General Assembly Resolution 2758 are unequivocal. There is no room for political manipulation, he added.

Zhang stressed that the recent erroneous statements by the United States, which sought to support Taiwan in expanding so-called international space, have sent wrong signals to "Taiwan independence" forces.

Noting that fifty years ago, the United States failed in its attempt to create "two Chinas" or "one China, one Taiwan" in the United Nations, Zhang said that any country that backpedals and plays with fire on the Taiwan question will only face even greater failure.