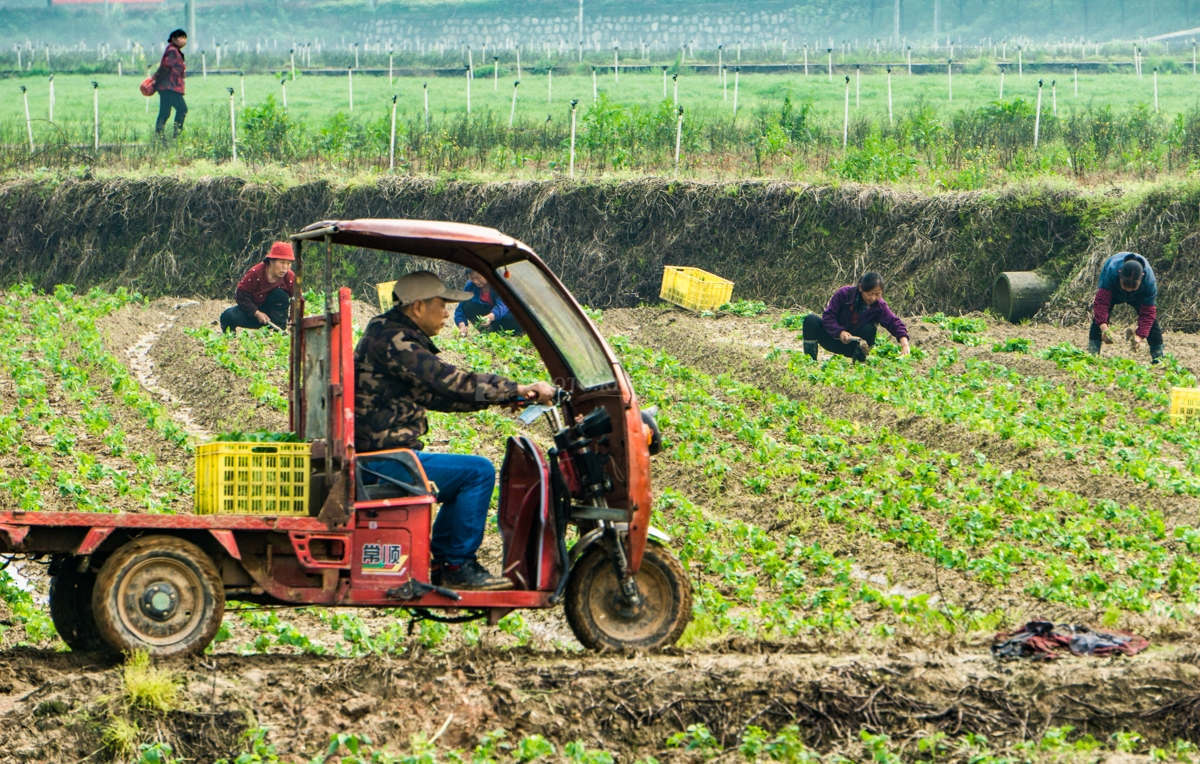 Spring plowing in China is seeing promising momentum, with the area planted with grain accounting for 21 percent of the annual plan, the Ministry of Agriculture and Rural Affairs revealed on Sunday.

Wheat production in Southwest China along the Yangtze and Yellow rivers is expected to see an increase in the coming harvest season, Liu Lihua, deputy director of the ministry's plantation management department, told a news conference hosted by the State Council's joint epidemic prevention and control mechanism .

She added that the ministry has promoted multiple methods to control and prevent diseases, such as stripe rust and gibberellic disease, that may affect grain output.

Sunday marked the start of one of China's 24 solar terms－Grain Rain, which signals the end of cold weather and a rapid rise in temperature. Liu said spring plowing will soon hit its peak season, and the current achievement has laid a solid foundation for this year's food production goal.

To guarantee the spring plowing work amid the novel coronavirus epidemic, the ministry has promoted high-tech planting nationwide, according to Wang Jiayun, deputy director of the ministry's agricultural mechanization department.

More than 30,000 drones have been used for planting crops, an increase of 25 percent year-on-year, Wang said.

About 20,000 intelligent agricultural machines and facilities have also been introduced, including automatic plowing tractors and the Beidou Satellite Navigation System.

Wang said an estimated 22 million agricultural machines will be used for farming this year, 300,000 more than last year.

In Hubei province, the region hit hardest by the epidemic, 300,000 farmland cultivators and 24,000 rice transplanters have aided spring plowing efforts.

In response to concerns that the pandemic could disrupt supply chains and fuel price surges in imported soybeans－a major source of feed for pigs and chickens－the ministry said China's soybean reserve was big enough to ensure fodder supply.

"The supply and demand of soybeans is generally balanced in the first quarter, and the soybean meal output has slightly outstripped its consumption," said Wei Hongyang, deputy director of the ministry's animal husbandry and veterinary department.

"Global ports will step up efforts to ensure soybean shipments amid the pandemic," Wei said. "The price of soybean meal is very unlikely to surge as we have enough reserves and the demand will be stable."

The ministry also revealed that the country's food supply, including pork and grain, was stable during the first quarter, and that the wholesale price of pork had been declining for seven weeks.