China has launched a campaign to promote people's map knowledge and awareness of the country’s national territory.

National territory represents a country's political and diplomatic stance in the international community.

In recent years, departments under the State Council have made efforts to raise awareness of the national map in education.

This year's theme for China’s Surveying and Mapping law is, "Regulate the usage of maps, no dot on it can be mistaken."

China's Ministry of Natural Resources (MNR) plans to jointly hold a series of activities with relevant departments in many places across China to strengthen the awareness of national territory.

"Students need to master their knowledge of the national map, which is part of patriotic education. This concept has been promoted in cities in Qingdao and Chengdu, and should be applied across the country," said Ge Yuejing, a professor at the School of Geography at Beijing Normal University.

Today’s Story in the Story looks at how China is implementing map education programs to increase citizen awareness of the country’s geographical position in the world today. 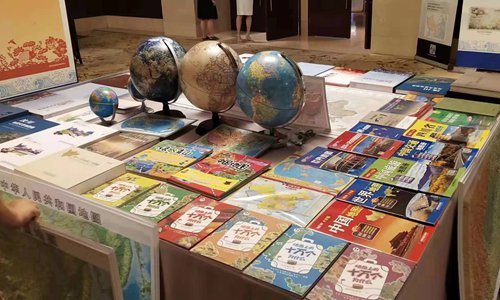 Books, globes and maps are displayed at an activity held by the Chinese Ministry of Natural Resources to raise the public's awareness of national territory. (Photo: Global Times)

Four years ago, Ge offered optional courses at Beijing Normal University on the national map. Some of her students said they should have acquired this knowledge of the national map when they were younger.

However, with the increasing use of various types of maps, problematic maps such as those with incorrect borders and missing important islands still exist and spread rapidly. Such map contents are inappropriate and damage national sovereignty, security, and interests.

A total of 307,000 products which contain problematic maps were seized or withdrawn in 2017, and 330 cases of violations were filed.

For example, MAC Cosmetics apologized in March for posting a map of China that omitted the island of Taiwan in a promotional email campaign to its customers in the US.

"Every time I see those maps of China produced by European and American countries, I feel China's sovereignty has been violated because they intentionally or unintentionally misrepresent China's national borders and missed out the important islands of China and the South China Sea," Ge noted.

Ge pointed out there are two significant reasons for these errors - some Chinese do not have a strong awareness of the national sovereignty, and in some cases the materials have been monopolized by multinational corporations. 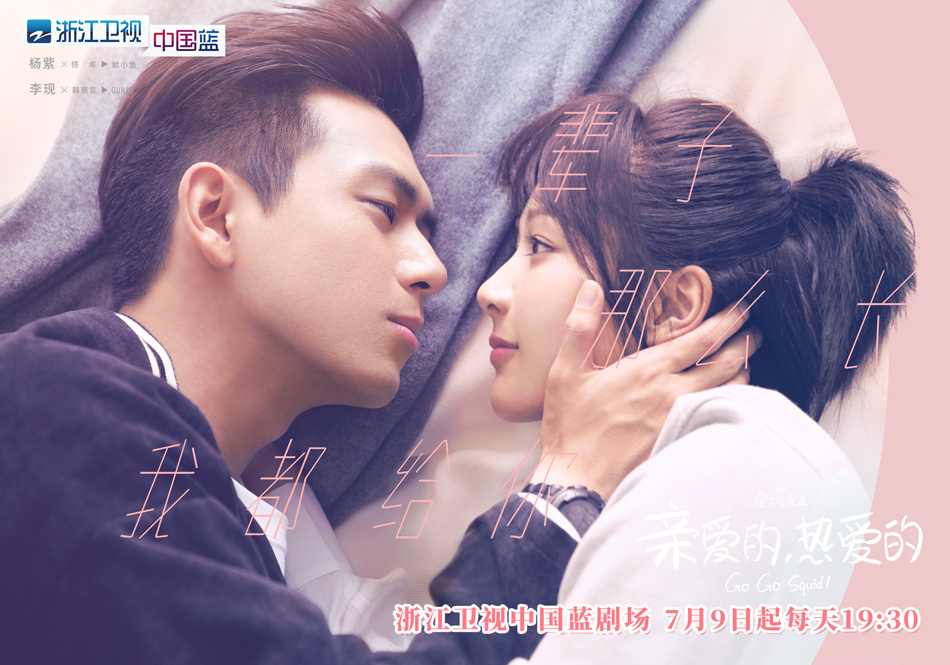 According to MNR, China notified 29 Fortune 500 companies to rectify online maps that incorrectly portrayed China's territory in the first half of 2019.

The TV series, focusing on groups of young people in cybersecurity competitions, used the map in an episode identifying where the final round of an international cybersecurity tournament will be held.

According to the ministry, mistakes on the map used in the show included incorrect boundaries of the southern areas of the Tibet Autonomous Region, and the colors for Taiwan and Hainan were different from other parts of China.

The dotted line to indicate Chinese islands in the South China Sea was also missing.

The problematic map was featured in a scene lasting 15 seconds.

The ministry noticed the report and issued a statement on its website that said the map had not been submitted for official review and approval before the show aired.

The lead actor Li Xian and actress Yang Zi responded on Weibo by defending the integrity of China's territory.

Shortly after the episode aired, the ministry announced it would launch a nationwide program to educate the public about national territory, the map of China, and how to use it correctly.