China is home to one million of what researchers call environmental migrants.

Resettlement of residents from less-developed mountainous southern areas of the Ningxia Hui autonomous region to its northern plains, where more groundwater is available, has taken place in waves over the past three decades.

Some residents in Minning, a resettlement zone on the outskirts of the regional capital Yinchuan, now spend their time working in greenhouses, or dapeng (which translates as "big tent"), as the government looks to employ such migrants to increase agricultural productivity in Ningxia.

Many of those who have been resettled once lived in cave dwellings, primitive yet environmentally friendly housing that is little more than a tourist attraction today.

In 2017, Ma Xiuwen, who manages a greenhouse where a local variety of watermelon is grown, along with tomatoes and cucumbers, relocated to Minning from Xiji, one of the five counties worst affected by the scarcity of water in Ningxia.

"The water problem aside, the standard of living is low and there is not enough work to earn a living," Ma, 36, said of Xiji.

Today’s Story in the Story looks at how the more arable land around Ningxia offers opportunities for environmental migrants. 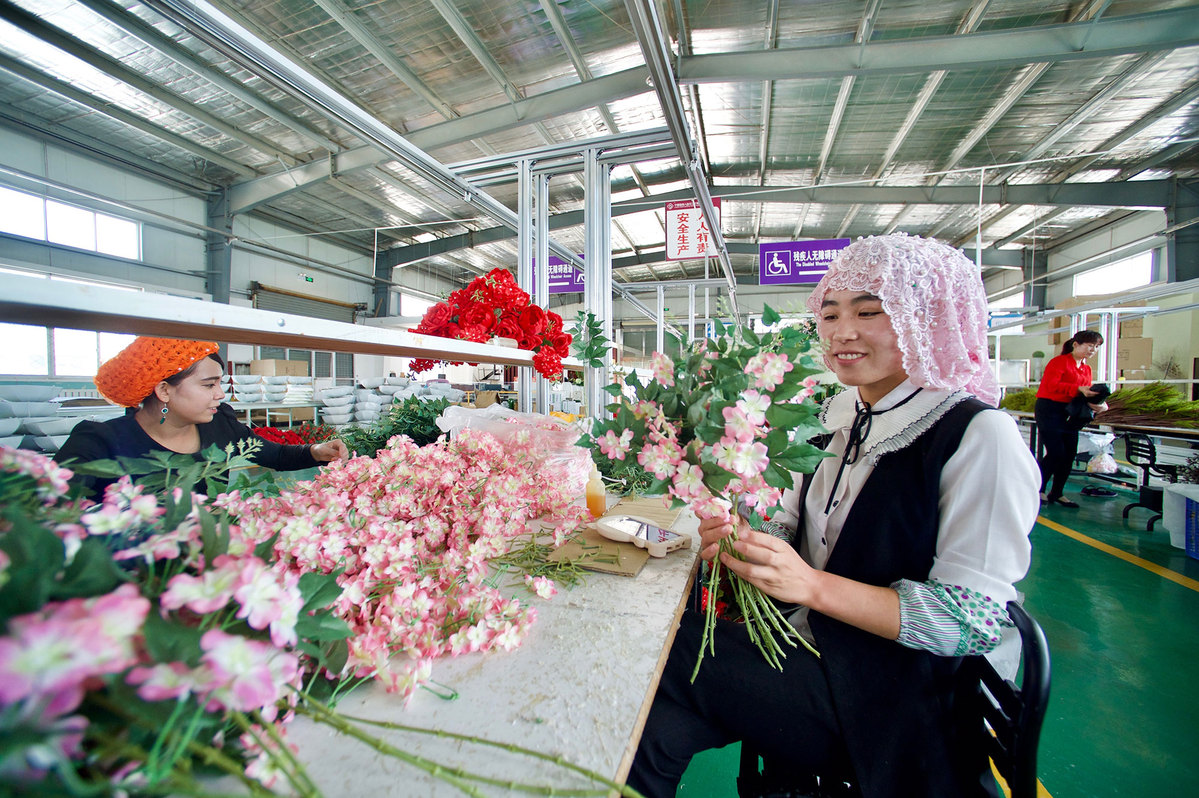 In Minning, a settlement of 60,000, some migrants undergo a month's training before taking up greenhouse jobs. Many are middle-aged and unskilled.

An economic model that involves companies and farm cooperatives is being promoted by the government, according to local officials.

Official data shows 121,000 people were living in poverty in Ningxia last year, about 2 percent of its population of some 6 million. While the region's poverty incidence rate (per family) has continued to decline since 2010, it remains higher than the national rural average.

Most members of the country's ethnic groups live in western areas, with the Hui people comprising one-third of Ningxia's population.

The level of development in western regions of the country has traditionally been lower due to a host of factors. In a 2015 paper on "inclusive poverty alleviation," Tang Xiumei of Southwest University in Chongqing, cited natural reasons, inadequate infrastructure and preferential policies for the coastal southeast that needed "to play catch-up with the developed world" compared with inland areas.

Minning township, as it is termed by local authorities, has been built over 200 square kilometers since the first relocations in the early 1990s.

Xie Xingchang relocated to Minning from a village, also near Guyuan, as a construction worker in 1997 to build houses on wasteland. He and his wife soon resettled in the "new town" along with their five children. More families from the village followed, he said. But others stayed put.

"It's not easy to leave your native place," said Xie, 64, who makes an annual trip to his former home. "There was uncertainty at the beginning, but after a while people adjusted to life here."

Early training in mushroom production at greenhouses in Minning was provided by agriculturalists from the eastern province of Fujian, he said. 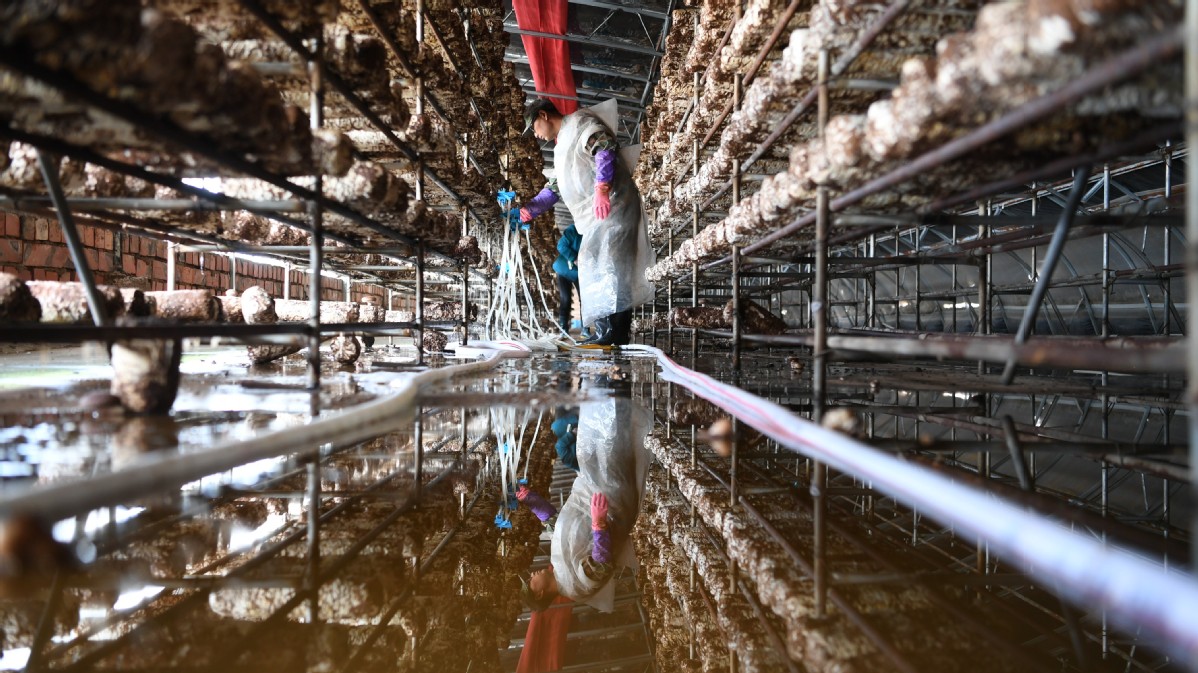 Wang Junhong, a 47-year-old farmer, relocated from Longde county, some 500 km away, with his family in 2014, because both water and jobs were scarce, he said.

"Nobody lives there now. Everyone, or almost everyone, has moved out," he said, adding that his village previously had 200 to 300 residents.

A company executive said that this and other greenhouses, set up to grow chrysanthemums and other flowers used in Chinese tea, are part of a photovoltaic project. The site includes an agriculture makerspace - a place in which people with the same interests can gather to work on projects while sharing ideas, equipment and knowledge.

Wen Qi, a professor at Ningxia University's School of Resources and Environment, said drinking water safety is a key reason driving large-scale resettlements in the region.

He said low-earning conventional agriculture has made way for modern methods such as greenhouses, in the hope of raising income. But with this, those who have been resettled have had to adjust their work schedules, from seasonal field activities to year-round production processes.

"We still need to create more types of industry for the environmental migrants. They need to know where they can work. The industries need to connect them better to employment opportunities," Wen said.

There is also a burgeoning wine industry in Ningxia that provides jobs.

More than 100,000 metric tons of wine are produced per year and the region hopes to create an area reminiscent of Bordeaux, France, near the Helan Mountains.