A lack of humor is no laughing matter, and being too serious is no joke.

To help alleviate the pressures of modern life, new TV shows have emerged, aiming to help viewers see the funny side of things.

Media platform Tencent streamed the second season of “Rock and Roast,” a show that has been aiming to promote stand-up comedy culture in China.

In each episode, seven participants face hundreds of spectators who rate them to decide who stays or goes. A winner is crowned at the end of the season.

"It is more and more difficult to laugh. We just want to encourage audiences to turn their 'pain' into laughter. People can use humor to make peace with life,” Mei said.

Today’s Story in the Story looks at modern styles of comedy performance and how making people laugh continues to evolve while offering lighthearted relief from the pressures of everyday life. 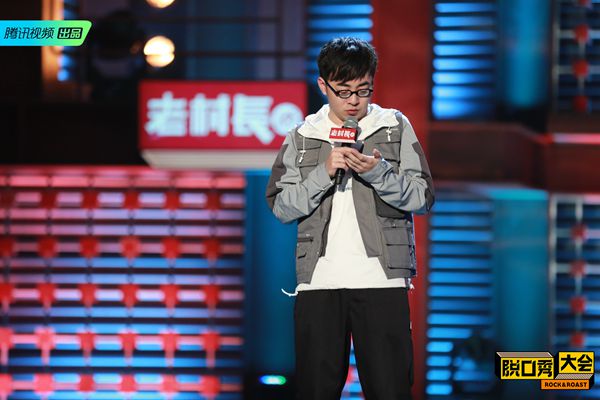 Young people Zhang Boyang, who participate in the second season of Rock and Roast, say that performing jokes brightens up their lives and those of the viewers. (Photo: China Daily)

One contestant on “Rock and Roast,” comedian Zhang Boyang, likes to joke about his frustrations with office work.

"When I first watched a stand-up performance, I thought I could tell those jokes as well," said Zhang, who is from Shenzhen, South China's Guangdong Province. "For me, everything in my daily life can be turned into material for my performance,” he explained.

"When I saw the first picture of a black hole in space on TV, I asked myself if the universe is so huge, does our galaxy matter?" said the 30-year-old. "Then, if the galaxy is so huge, does Earth matter? Then, the Earth has a 4.6-billion-year history, does my lifetime matter?

"Then I realized it was 2 am," he continued. "Good heavens! This matters! I have to go to sleep and go to work tomorrow!"

"The performers were just amateurs when they first went on stage to try stand-up comedy. Each joke is rooted in everyday life and reflects the values of today's young people," said producer Mei.

In this season's first episode, participants discuss a "sense of being.” Jokes cover the main issues for young people in China, such as big city living expenses, gender equality, and overwhelming social networks.

For the performers, the format offers more significant possibilities to uncover their potential.

This is particularly true for Zhang, who quit the office routine when he handed in his notice at a State-owned gas supply enterprise to become a full-time stand-up comedian.

"When making jokes about our lives, I believe we're actually spreading positive energy because we don't give in to the mundane or boring routines," he explained.

Zhang used to think that financial motives alone would be the main inspiration for his new career being a professional stand-up but realizes what is most important is the sense of happiness that stems from doing a job he loves.

Making an audience laugh brings its own rewards, Zhang said. No other job could bring such joy, he added.

He packed it in to become a full-time stand-up comedian because he wants to "show" what he writes, but he admits that it is exhausting to create a constant stream of new jokes.

"There is no master-apprentice system," he said.

Veteran cross-talk performer Yu Qian, who has over 30 years' experience on stage, joined “Rock and Roast” as a guest.

"Xiangsheng emphasizes playing with words, but stand-up comedy focuses more on an interactive atmosphere and is more impromptu," Yu said.

"When the same joke is told to different audiences, the effect will be thoroughly different. I came here to look at the possibility of combining the genres.

"Personality should be nurtured in stand-up comedy, but to cultivate potential talent and benefit the growth of the genre, some systematic training methods - just like those of xiangsheng - can also be adopted," Yu suggested.