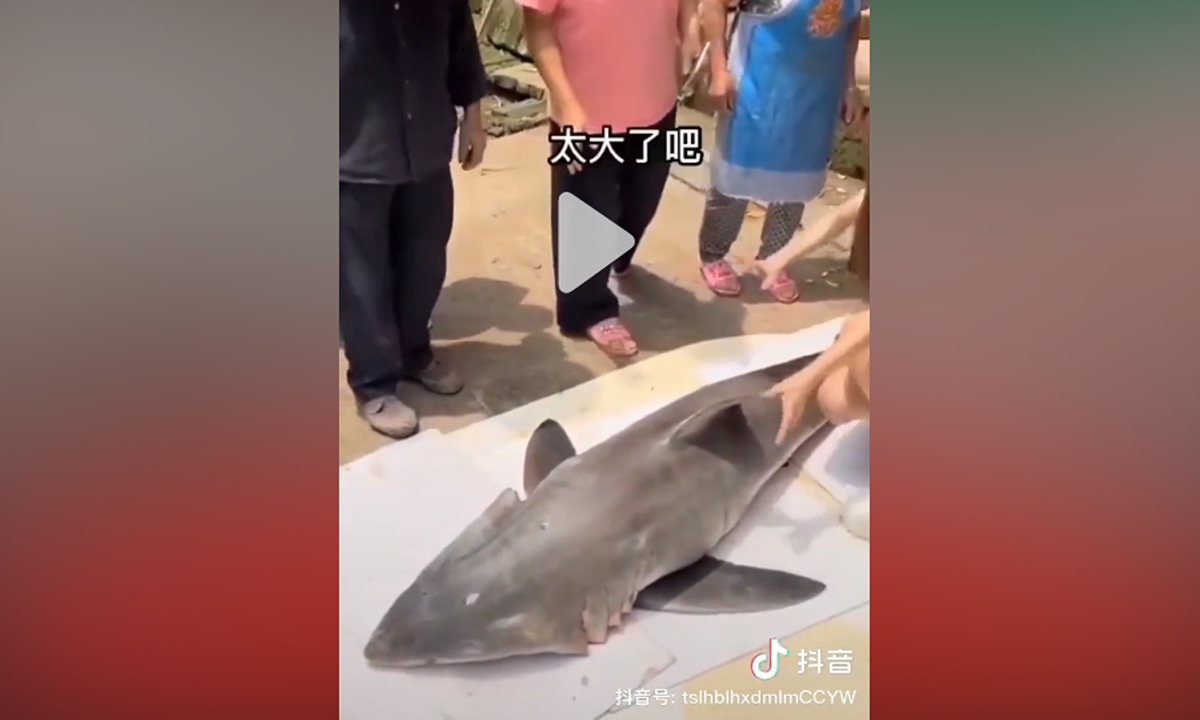 (Photo: A screenshot of the video that went viral online)

After a video of a shark being boiled and barbecued by a food vlogger named Tizi went viral on the internet, the local police in Nanchong, Southwest China's Sichuan Province, confirmed that the shark in Tizi's video was a great white shark - an endangered species - and further investigation is being conducted, according to media reports.

Netizens were outraged over the incident, with many calling out the vlogger for seeking attention via illegally consuming protected species.

Tizi has millions of fans on China's Douyin and Kuaishou short video platforms. She reportedly purchased the shark from JD.com, which was sourced from East China's Fujian Province, and the related personnel have been detained by the police, Thecover.cn reported on Monday, citing sources from the bureau of agriculture and rural affairs in Nanchong of Sichuan.

The authorities are in contact with the relevant judicial testing departments, to judge whether the shark was a juvenile or an adult and decide its value, which is related to the final outcome of the case, according to the report.

On July 14, Tizi's video showing the process of boiling and cooking the shark went viral online.

According to the video, the vlogger showed the shark was "around two meters long" before it was transported to a relative's place in the rural region and was cut into parts there. The video also claimed that the shark was "artificially bred for consumption," according to Thecover.cn.

It's really important to let more ordinary people learn the law and regulations on wild animal protection as most of the hunters are less educated and less aware of the importance to protect wild animals, Guo Peng, director of the Center for Animal Protection Studies at Shandong University, told the Global Times on Monday.

A hashtag about the topic has gained over 460 million clicks on Sina Weibo, with many netizens criticizing the vlogger's behavior and calling for better protection of wild animals.

"How did the platforms allow such video to be broadcast?" one netizen wrote. Some netizens called for strengthened management over internet celebrities.

The country has been making efforts to crack down on the illegal acts of hunting, selling or consuming wild animals. Since April this year, the national cyberspace authorities have conducted a special campaign to strengthen management over such illegal acts online.