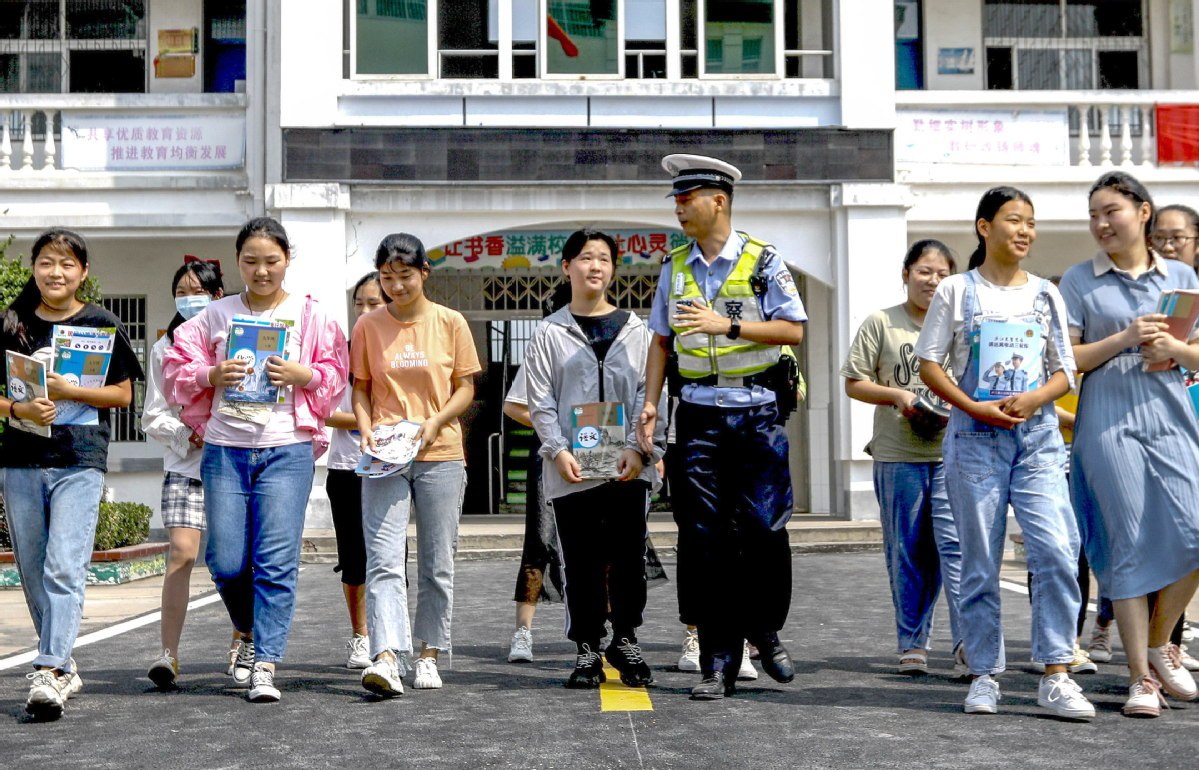 Police and education authorities have been joining hands in ensuring safe campuses after a number of violent incidents in schools in recent years, and the efforts have paid off.

Since January 2020, more than 83,000 campus security risks nationwide were identified and rectified. Police have also helped resolve about 10,000 school-related conflicts and disputes, a Ministry of Public Security official said on Friday.

In recent years, there have been some violent incidents on campuses. For instance, a school worker injured 20 children at a primary school in Beijing's Xicheng district in January 2019.

The same year, the Ministry of Public Security and the Ministry of Education launched a campaign to build a campus security system combining internal and external prevention and control through traditional and technological means.

The plan aims to ensure all primary and secondary schools are under closed management during school hours, have full-time security guards and are equipped with emergency alarm devices and video monitoring systems that connect with local public security bureaus.

By March, 98 percent of primary and secondary schools nationwide were under closed management, and 91 percent of schools had full-time security guards. More than 90 percent of all schools have installed emergency alarm devices and video surveillance systems directly linked with police, Zhang said on Friday.

In the past two years, more than 250,000 public security posts were set up around campuses and over 300,000 police officers are serving as legal advisers in schools to help protect students, he said.

Police nationwide have also strengthened the crackdown on child abduction and trafficking and have made full use of scientific and technological means to find the abducted children, according to the ministry.

Tong Bishan, deputy head of the ministry's criminal investigation bureau, said public security departments would do their utmost to bust such cases and conduct comprehensive searches for children who have been reported missing since 1978.

In 2009, the ministry set up a DNA system to collect and match information between parents with missing children and people who suspect they were abducted.

Tong called for parents with missing children and suspected abductees to receive free DNA collection and give relevant information to public security organs.