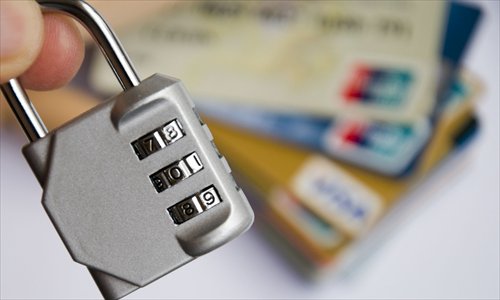 The company's shares in Hong Kong bourse were suspended on Monday after plunging about 40 percent.

Industry insiders said the investigation may be related to the company's alleged illegal collection of personal information by using Web crawler technology and recovering personal loans.

On Monday morning, more than 100 police officers stormed the company's headquarters at the Xihugu International Business Center, media reported. Sun Haitao, 51 Credit's CEO, was reportedly taken into custody on Sunday to assist in the investigation.

The company's shares in Hong Kong plunged on Monday afternoon, falling 34.7 percent before trading was suspended at 1:50 pm. In a statement sent to the Hong Kong bourse, 51 Credit said the company's business and financial situation were normal and sound, adding it would provide shareholders and potential investors with updates on the investigation.

"The consequences of the current scenario vary from a fine to arrests of key executives, depending on the nature of the incident," Li Chao, an analyst at market consultancy iResearch in Beijing, told the Global Times on Monday.

At worst, Li said key executive arrests could cripple the company's operations and will expose lenders on the platform.

However, given the current circumstances, government officials are not likely to create a default crisis if they can avoid it, Li said.

Given that the company runs a relatively proven business model, the company has a fair chance of weathering the current crisis, Li said, noting that big investors may step in if needed.

Some industry insiders said the company is being investigated because it acquired banks' user information by using crawling technology without authorization or consent. Others also wondered if the investigation involved its peer-to-peer (P2P) lending business.

51 Credit manages more than 138.7 million credit cards, with about 834 million customers. The company was listed in Hong Kong in 2018.

More than 1,200 Chinese P2P firms have exited the market amid a national campaign to regulate the sector, China's banking and insurance regulator said at a press briefing on Monday.