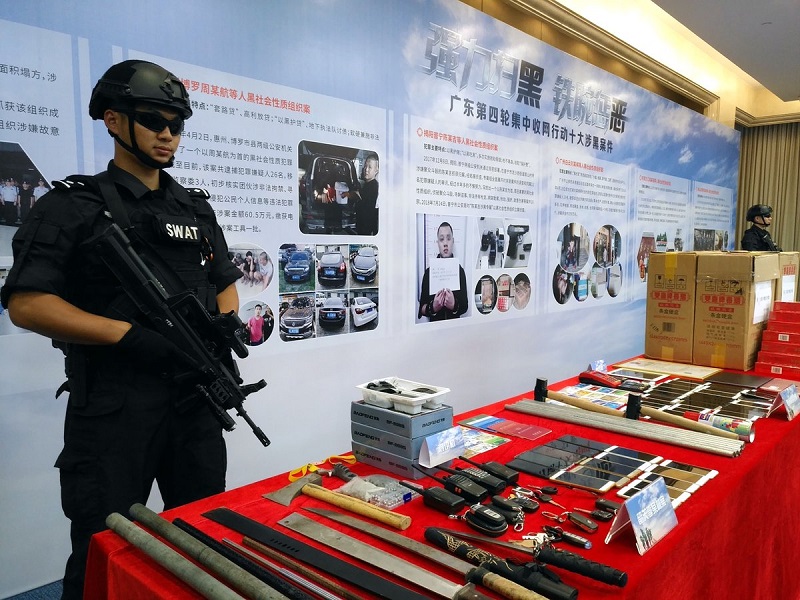 During the period, police cracked 79,270 criminal cases, seized 851 guns, and sealed assets worth of 62.1 billion yuan ($9.23 billion) related to such crimes, according to a report issued by the Ministry of Public Security.

The country saw a year-on-year drop of 7.7 percent in the number of criminal cases and a 13.8-percent drop in serious violent crimes reported, it read.

Amid intensified efforts to pursue fugitives, in August 2018 the ministry issued a class-A wanted list of 10 fugitives suspected of gang crime. Nine of them have been captured.

In addition, 164 of 299 fugitives on a wanted list issued in early December have been seized.

China has taken a tough stance and stepped up efforts to crack down on gang crime. In January 2018, it launched a three-year campaign against organized crime and officials who shelter criminal organizations.