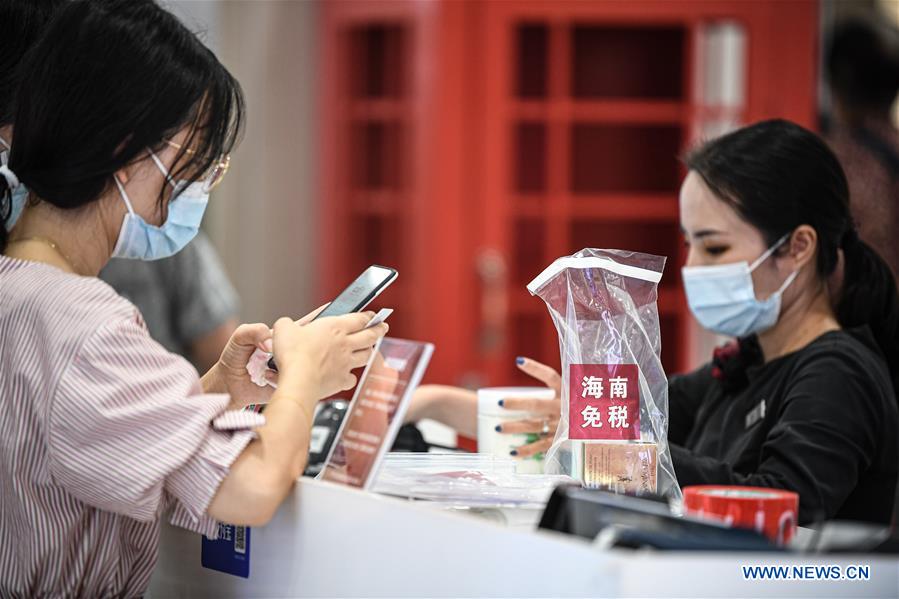 The policies China rolled out to support Hainan's free trade port development are starting to pay off, with the province now seeing a robust inflow of foreign investment and an upswing in registrations of new businesses, officials and experts said.

Shen Danyang, vice-governor of Hainan, said in a speech at the 86th International Forum on China Reform in Haikou that the province expects to see its inflow of foreign investment double by the end of this year with the implementation of a slew of policies to facilitate trade, investment and cross-border funding.

The province, which has increased its annual offshore duty-free shopping quota from 30,000 yuan ($4,542) to 100,000 yuan per person since July, has seen the daily sales volume from its duty-free shops reach 100 million yuan this year, he said.

Shen pledged to expand opening-up in the data sector, saying that businesses that are registered and have their service facilities located in the free trade port will be allowed to conduct services including online data and transaction processing.

China rolled out a master plan for the development of the Hainan Free Trade Port in June, which outlined a long list of opening-up policies aimed at building the island into a globally influential free trade port by the middle of the century.

Chi Fulin, president of the China Institute for Reform and Development, said more businesses are now looking to the island for opportunities, including seeking to use it as a springboard to explore markets in Southeast Asia.

The expanded offshore duty-free policy has spurred an influx of visitors, giving the province an opportunity to further develop tourism, he added.

"However, it is only a starting point. What is more important is to create a large external market that can enable more domestic and foreign businesses to explore opportunities here so more capital can enter the province," he said.

Chi underlined the key significance of the top legislature's ongoing legislative work on the Hainan Free Trade Port, which he said could give the province more room to reform its administrative, legislative and judicial mechanisms.

He also envisions the province as an area that will allow more freedom for foreign currency exchanges, a key to facilitating more free trade.

The next five years could be a crucial period for the province to further open-up and better its business environment, she said.