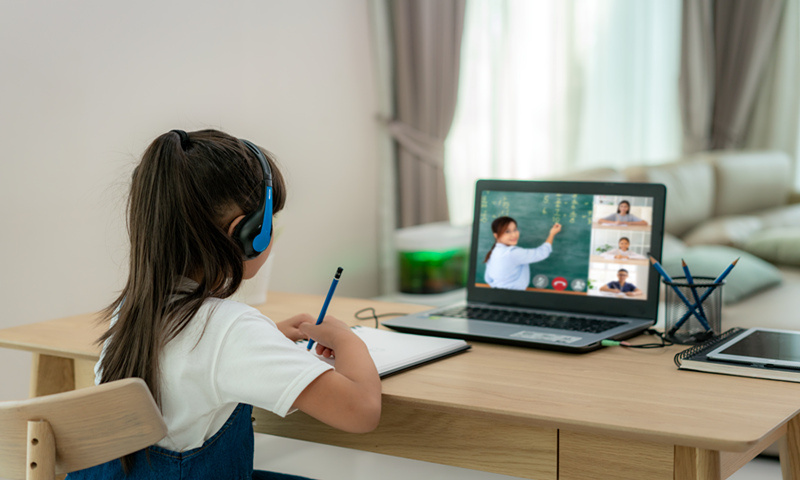 China's after-school education institutions are anxiously waiting for further government instructions with many adjusting their business models to comply with policy changes, as the government's regulation of the lucrative industry continues.

This is the latest, but likely not the last measure to be announced by the Chinese government to rein in the troubled after-school tutoring business.

In late January, five government departments released a document that addressed the delivery of online education for middle school and primary school students; in early May, the regulators fined both Zybang and Yuanfudao, two well-known after-school training platforms backed by Alibaba and Tencent respectively, a maximum fine of 2.5 million yuan ($389,000) each. In April and May, a number of Chinese provinces and municipalities rolled out new guidelines to govern local after-school tutoring business.

Many believe the storm of after-school business regulation will accelerate, particularly as the government has revised policies to allow a couple to have up to three children after census data showed a steep drop in birth rates.

Shock to the system

With regulators taking a top-down approach to rein in after-school education market, the industry is now experiencing significant volatility, with investments to the sector likely to drop.

Around one hundred billion dollars' worth of value evaporated on the US stock markets for Chinese after-school education companies in the past two weeks. The stocks of NASDAQ-listed New Oriental had seen its price halve so far this year, while the stock price of Gaotu, also listed in the US, had slumped by 73 percent in 2021.

"Impacted by the policy tightening, large tutoring companies with abundant access to capital could many to survive, but the majority of weaker institutions may have to die," Angelo Han, founder of online education platform Weland Global told the Global Times on Thursday. He also predicted that the size of China's after-school training market might shrink to about 30 percent of their original scale.

Many companies have begun to take measures to adjust their business. An employee from the Chinese branch of a well-known overseas after-school education group said that they are starting to make some changes to their business model especially in underage children training, contracts and charges, to comply with the policies, the Global Times learned.

Wang Sifeng, founder of Beijing Chunfeng Shiyu Education Technology Co, told the Global Times that although many education institutions have started to adjust their businesses to survive, the new policy trend remains murky.

Wang noted business adjustments include ensuring their products are in line with new regulations, clearing some products including pre-school education and laying off some redundant staff. Some institutions have stopped opening new branches which could incur higher losses. Employees from after-school tutoring institutions said the industry was waiting for further regulatory guidelines now, the Global Times has learned.

According to a report compiled by market research firm Zero Power Intelligence in September 2020, the number of after-school training institutions in China had reached about 200,000, with total market size surpassing 1 trillion yuan.

A teacher at a Kunming-based private primary school told the Global Times that at her class, all students took after-school training lessons including art classes. Most students take two or three of those lessons, which means they will do at least another hour of homework apart from that assigned by school teachers.

"I think it's a result of the changing dynamic, where parents fear their children will lag behind in peer competition. Also, some parents hope after-school tutoring institutions could help teach their children knowledge," she said.

Pan Xiaoer, a parent at Yuyao city, Zhejiang Province, said she had bought six after-school education classes for her daughter, who is a primary school grade one student.

"In my circle, it's a norm that parents would buy after-school lessons for their children, and each child would take 3 or 4 curriculum on average. As a result children hardly have weekends now, and the summer vacation is like a third semester for learning," she said.

She added that she believed children would learn more from a training intuition over what is taught at schools. "It's better than letting them waste time on the Internet."

However, the explosion of after-school training market has created many problems, which caught regulators' attention and prompted them to rectify the industry.

"This has become an industry with low threshold and ample capital, which has caused significant problems," said Han, "some after-school education institutions require payment in advance and then shut down suddenly. Others hire unqualified teachers, and there is no rule for charging fees."

Pan said that some after-school education institutions she knew don't have stringent requirements on the teachers they hire, especially for art class teachers. For example, those institutions sometimes hire teachers with no certification, she said.

And the problem is not just about lack of industry standard or arbitrary charges, it's also about pushing the cost of education to a very high level that are beyond ordinary families' budget.

"When after-school training industry is inflated through access to rising investments, many teachers are flowing from schools to those institutions to earn a higher salary, which is a threat to the country's teaching system," Han said, adding that it also led to a surge in education costs, which made couples reluctant to have children, posing an obstacle to the country's third-child policy.

However, experts also noted that the rectifying should not be restricted only to the supply side.

According to Wang, as the pressure from high school and college entrance examinations has not changed, there will continue to be growing demand among Chinese parents for after-school education products.

"A lot of research has been done into education institutions, but I think more investigation should be carried out into how parents' demands for after-school tutoring can be reduced," he said, adding that the role of schools should be further strengthened.