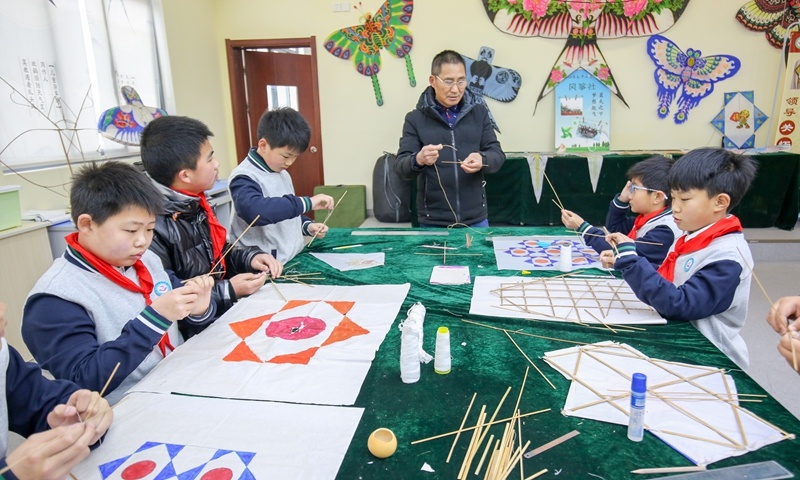 After at least three political advisors and lawmakers have pushed "sex-balance" in education, another political advisor warned of the feminization of male characters in films, TV dramas and other public media.

The political advisor urged society to cultivate more boys to be masculine, strong-willed, sober-minded and physically strong with a firm political stance, in response to the complex international competition.

Zhang Shuhua, a member of the National Committee of the Chinese People's Political Consultative Conference (CPPCC), also the director of the Institute of Political Sciences, Chinese Academy of Social Sciences, told the Global Times on Thursday that literary and artistic images and social fashions are often a reflection of the spirit of the times and the inner temperament of a nation.

In the new era of the great rejuvenation of the Chinese nation, the image of today's Chinese youth should be enterprising and ambitious, Zhang noted.

The international situation will be complex and challenging, and competition among countries will become increasingly fierce, so the nation needs a large number of sober-minded, strong-willed and physically strong young men, but masculinity doesn't necessarily mean muscular, Zhang added.

However, in recent years, male "feminization" has had a negative impact on teenagers' aesthetics, health and values, which could mislead young people to develop a low willingness and enthusiasm to defend their country and participate in social development, Zhang said in criticizing such trends.

Many carefully made-up and dressed-up xiaoxianrou (lit: fresh meat, a term used to refer to young stars under 25) and feminized men have been showing up on screen, Zhang said.

In essence, this feminization reflects a sense of escape and the timidity of some young people who fear normal marriage and love, leading to abnormal values placed on love and marriage, and this will eventually cause a decline in the birth rate, Zhang warned.

Once feminization becomes the mainstream, it could accelerate the change of the demographic structure and cast a shadow over the future of the country, Zhang pointed out.

In response to the "unhealthy trend," Zhang said restricting media and entertainment circles from promoting feminized male images. Authorities including the National Radio and Television Administration should be more cautious in reviewing and approving productions, Zhang said.

The country can encourage the release of more films and TV dramas with masculine male characters, to follow the majestic and magnificent times, Zhang said.

At least four political advisors and lawmakers have recently made similar proposals. The others are Xiong Sidong, principal of Suzhou University and also a deputy at the 13th National People's Congress, and Zhu Yongxin and Si Zefu, members of the National Committee of the CPPCC.

Their comments struck a nerve among netizens, which triggered a new round of discussion on "masculinity" and "feminization."

The related topic "warning of feminization of men in films and TV dramas" had been viewed 230 million times as of press time.

"The masculinity of men should be reflected in their responsibility. Even if a man looks weak, if he stands up at the critical moment, then he is a 'real man.' Strengthening the guidance of public opinion is to help knowing how to respect others, how to share, how to take responsibility, rather than judging a person by appearance," read a comment by a net user on Chinese social media platform Weibo.

Some netizens argued that women can be valiant and heroic, and men can also be gentle and elegant. The definition of masculinity should not involve gender stereotyping or be discriminatory.