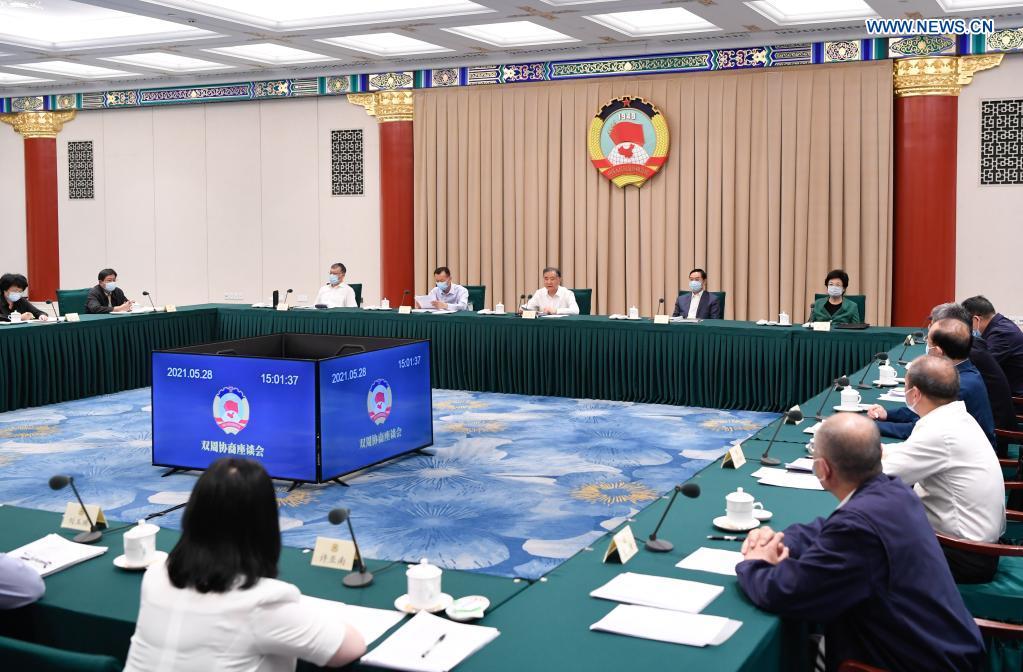 Wang Yang, a member of the Standing Committee of the Political Bureau of the Communist Party of China Central Committee and chairman of the Chinese People"s Political Consultative Conference (CPPCC) National Committee, presides over a bi-weekly seminar held by the CPPCC National Committee in Beijing, capital of China, May 28, 2021. (Photo: Xinhua)

BEIJING, May 29 (Xinhua) -- Chinese political advisors have offered their suggestions on pushing forward the high-quality development of China"s museum sector during a consultation session in Beijing.

At the session held on Friday, Wang called for people-centered approach and great efforts to remove institutional barriers to advance the high-quality development of Chinese museums in the new era, so as to better meet the ever-growing cultural needs of the people.

The participants offered suggestions to optimize the layout of China"s museum sector and address the existing circumstances featuring lack of special museums with industrial, regional and historical features and greater number of general, old-fashioned museums.

They also suggested efforts to boost the differentiated and professional development of museums including the non-state-owned, university-administered, and rural museums.

The political advisors urged enhanced research capability of Chinese museums, the development of tech-savvy and smart museums and organization of more online exhibitions for the public.

They emphasized the role of Chinese museums in public education, especially for primary and secondary school students.

The political advisors also called for further improving the mechanism of transferring and sharing excavated relics, granting more autonomy to museums through institutional reform and innovation, and improving the system of talent cultivation involving the museum sector.