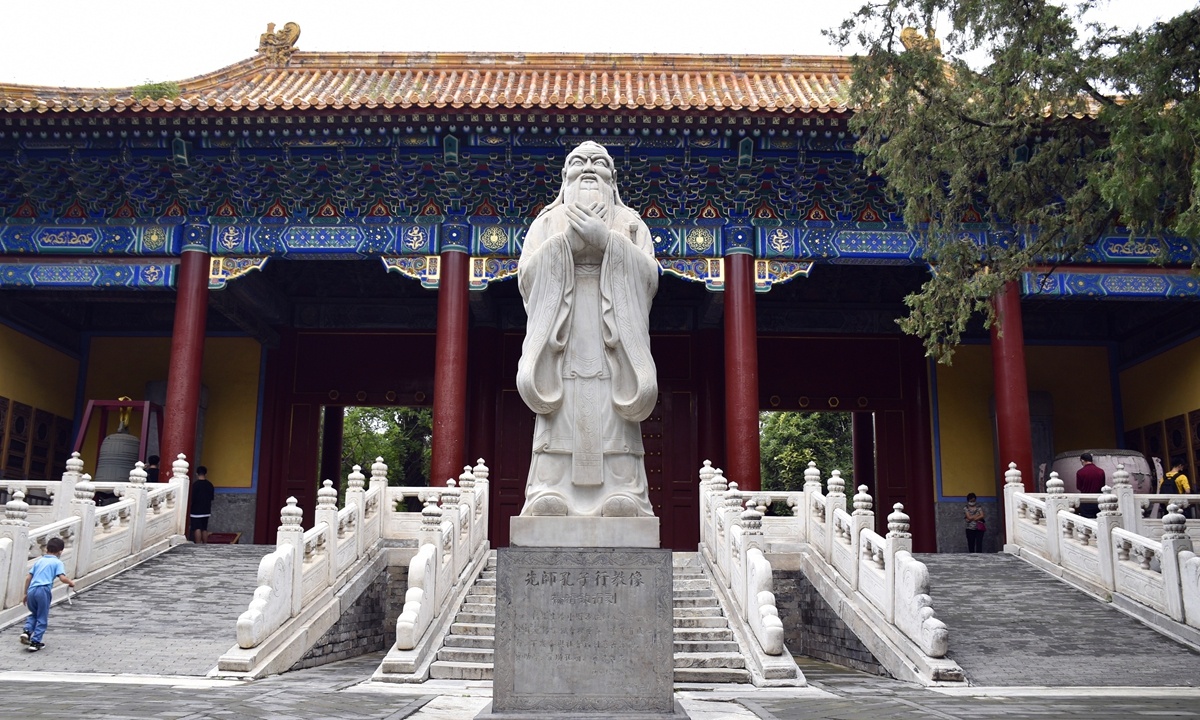 More than 50 Chinese political advisors have jointly proposed to set Teachers' Day on ancient educator and philosopher Confucius' birthday to mark the day's significance by endowing it with cultural and historical meaning.

The joint proposal was initiated at the ongoing two sessions by Wang Xuedian, a member of the National Committee of the Chinese People's Political Consultative Conference (CPPCC), China's top political advisory body. Wang is also the dean of the Advanced Institute for Confucian Studies in Shandong University.

Wang told the Global Times on Monday that he made the suggestion because the current date of Teachers' Day, which falls on September 10, does not relate to any specific social, cultural or historical events, unlike other Chinese national holidays.

He therefore advised changing the date of the holiday to September 28, the birthday of Confucius (551-479 BC), a Chinese educator and philosopher who founded a deeply influential school of thought known as Confucianism, to make the day more meaningful and culturally important.

"As one of the most influential teachers in the history of mankind, his educational concepts still shine and benefit educators worldwide. Therefore, setting the Teachers' Day on Confucius' birthday has more profound cultural connotations and symbolic significance," Wang said.

Another 52 political advisors from various sectors joined in the proposal.

The proposal met with a divided response among Chinese netizens. Some recognized Wang's idea and supported the change, while others said that it was unnecessary, as the profession of teaching itself is memorable and the day doesn't need to be set in memory of a specific person.

"Teachers' Day should be for teachers in all ages and in all fields. It doesn't need anyone to be the 'representative'," commented a netizen on Sina Weibo, China's Twitter-like social platform.

However, Zheng Changling, deputy director of the Cultural Development Strategy Center at the Chinese National Academy of Arts, favored the proposal and stressed the significance of making Confucius the "representative" of the day from the teachers' perspective.

Confucius is deemed as the first official teacher in China and his great contribution to the educational field could set an example for teachers of all generations, he said, noting that changing the day of the holiday could inspire teachers to learn from the sage and dedicate themselves to education with all their hearts.

China established Teachers' Day as September 10 in 1985 after the Standing Committee of the National People's Congress (NPC) approved the State Council's proposal regarding the holiday.

For years, political advisors and lawmakers have suggested the change of the date during the two sessions. In 2006, a professor from Shandong University submitted a similar proposal together with other 50 scholars.

Ministry of Education responded to such suggestions in 2019, saying that it would continue to study the idea and report relevant opinions to the national legislative bodies.

Venerating teachers and educators has long been a tradition in China since ancient times. As early as Han Dynasty (206 BC-AD220), the Chinese emperor and officials would hold ceremonies at the Confucian Temple on the birthday of Confucius, and all Chinese dynasties held related activities on the day after that.