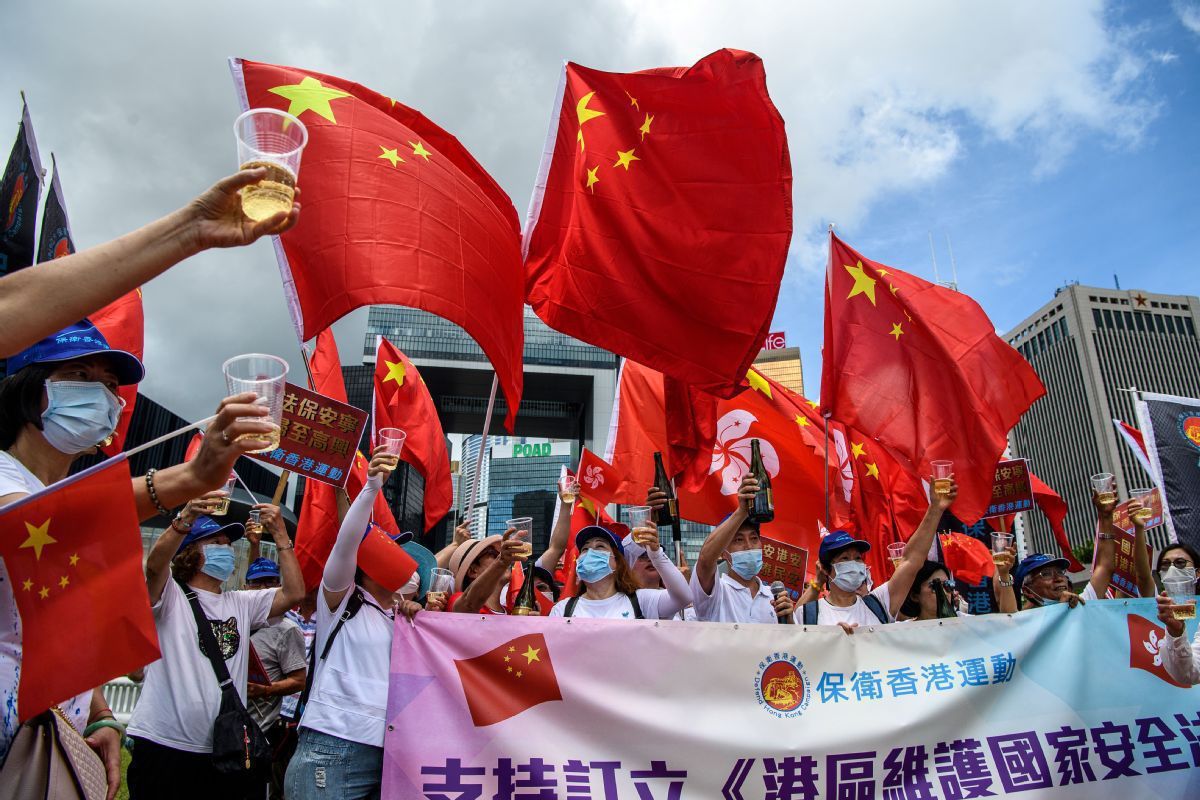 Hong Kong residents raise a toast during a rally to celebrate the 23rd anniversary of the establishment of the Hong Kong Special Administrative Region and the approval of the national security law for the SAR on June 30, 2020. (Photo: Agencies)

HONG KONG - A poll released on Wednesday showed that 66 percent of Hong Kong residents are in support of the implementation of the Law of the People's Republic of China on Safeguarding National Security in the Hong Kong Special Administrative Region (HKSAR).

The poll was conducted by Hong Kong Research Association between July 2 and July 5 through random telephone interviews with 1,097 Hong Kong residents aged at or above 18 years old.

A total of 66 percent of the respondents said they are "very supportive" or "supportive" of the implementation of the law in Hong Kong.

Nearly 80 percent believe the implementation of the law in Hong Kong will not have a negative impact on the prospect of Hong Kong.

About 63 percent of the polled are in support of the establishment of the Office for Safeguarding National Security of the Central People's Government in the Hong Kong Special Administrative Region.

A total of 62 percent said they are "very supportive" or "supportive" of the law's provision that the vast majority of cases concerning offences endangering national security in Hong Kong will be handled by the HKSAR and the central authorities retain the jurisdiction over an very small number of serious cases.

A similar number of respondents are in support of the provision that the HKSAR chief executive shall designate a number of judges to handle cases concerning offences endangering national security.

Hong Kong Research Association said as it released the poll results that it is a common aspiration of the people to see the country flourishing and the people living in peace. "Only in a secure and stable environment can Hong Kong residents' legitimate rights and freedoms be guaranteed."

The polling agency called on the HKSAR government to strengthen public education and promotion to dispel the doubts of some Hong Kong residents and enhance people's understanding of and support for the national security law, so as to create a favorable social atmosphere and public opinion basis for implementing and enforcing the law and safeguarding national security and Hong Kong's stability.