A court in Beijing has announced its verdict for the first public-interest lawsuit regarding air pollution, which was initiated by prosecutors in Beijing.

Beijing's No.4 Intermediate People's Court released the verdict on Tuesday, which coincides with World Environment Day. 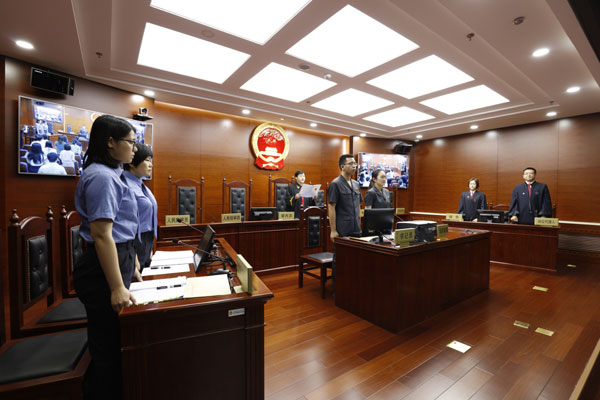 A trial on a case marking the first public-interest lawsuit concerning air quality initiated by prosecutors in Beijing takes place at a court in Beijing's No.4 Intermediate People's Court on June 5th, 2018. [Photo: China Plus]

Duocai Lianyi, a company based in Beijing's Daxing District that provides painting and welding services, was accused of releasing pollutants into the atmosphere, and failed to install equipment that would reduce their emissions.

The company has been fined 894,880 yuan, or some 140,000 U.S. dollars, ordered to issue a public apology, and banned from carrying out painting and welding work until it can prove that it has met environmental protection standards.

It also has to pay 33,000 yuan for an environmental impact assessment.

The president of the court, Sun Li, said the biggest difficulty in cases like these was assessing the extent of the damage to the environment. 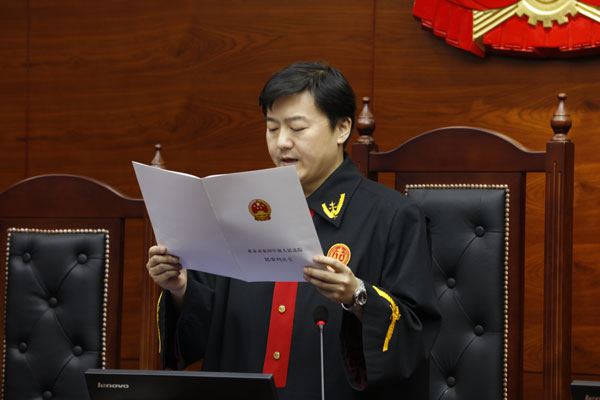 The judge in a case marking the first public-interest lawsuit concerning air quality initiated by prosecutors in Beijing announces the verdict for the case at a court in Beijing's No.4 Intermediate People's Court on June 5th, 2018. [Photo: China Plus]

Jin Lianshu, a member of the Beijing Municipal Committee of China's leading political advisory body, the Chinese People's Political Consultative Conference (CPPCC), said the verdict has prevented the defendant from causing further damage to the environment.

"The verdict not only punishes the defendant for what they have already done; it also includes an order that avoids further damage. I hope there will be more fair verdicts given for public interest lawsuits about environmental protection, so as to improve our environment," said Jin.

Ma Jun, the judge in the case, said he hoped that the verdict would encourage further efforts to protect the environment.

"The verdict aims to standardize an industry, making social behavior more appropriate using the law. In this case, we suggest that the company should improve their infrastructure to meet the demands, set standards for environmental protection, and especially enhance their awareness on the issue so as to meet their relevant social responsibilities," said Ma.

After the Civil Procedure Law was revised last year, prosecutors can sue individuals or enterprises who they believe are harming the public interest, such as by polluting the environment or endangering food safety.