Beijing's environmental protection watchdog handed out harsher punishments to polluters in 2018 in the city's battle to improve its environment. 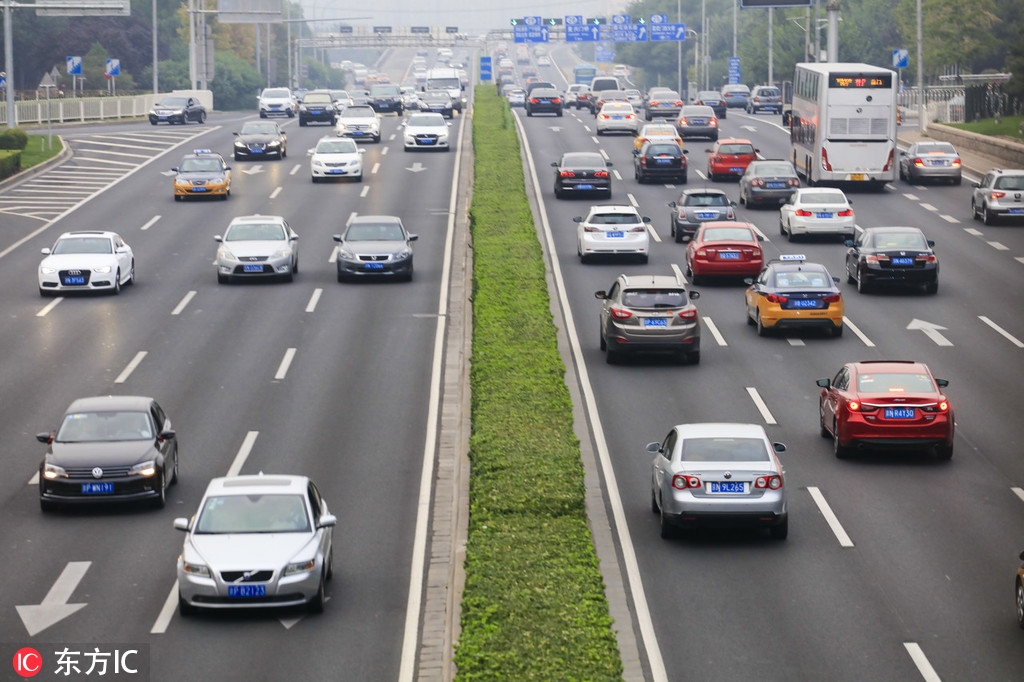 Li Bin, deputy head of the bureau's environmental monitoring division, said the fines were handed out in 4,929 cases, nearly half involving air pollution.

The bureau carried out more random environmental inspections last year, which included better coordination with public security and city management authorities and more efficient use of technology, he said at a news conference on Monday.

It cited 325,000 heavy-duty diesel vehicles for violations last year, more than five times of that of 2017, Liu said.

The bureau also conducted inspections of 17,800 gas stations, oil tanks and oil trucks, of which 154 were given administrative penalties for offering substandard oil products.

Mobile sources contributed 45 percent of locally generated PM2.5 in Beijing, with diesel trucks the top culprit. Kicked-up dust came in second at 16 percent, according to the bureau's analysis of pollution sources in 2018.

Heavy-duty diesel vehicles have long been regarded as one of the key sources of vehicle emissions by environmental protection departments, and their inspections have become a vital part of their routine work.

Beijing saw its PM2.5 density drop by about 12 percent year-on-year to 51 micrograms per cubic meter last year－5 mcg/cu m lower than the target set in the 13th Five-Year Plan (2016-20).

Officials have stressed that it will be increasingly difficult for Beijing to further improve its air quality, especially since the capital has already rolled out all major measures capable of achieving quick results. This includes, for example, the shift from coal to clean energy for heating.

Beijing plans to further cut the annual average concentration of PM2.5, a major particle pollutant, in its fight against pollution, according to a plan issued by the bureau recently.

The city will work to cut the annual and three-year average concentration of PM2.5, as well as improve water and soil quality to meet the target standards set in a national plan for 2020.

In 2019, Beijing will phase out 300 manufacturing and pollution-intensive enterprises, and gradually replace diesel-powered vehicles with new energy ones, it said.