Pollution control targets to be met 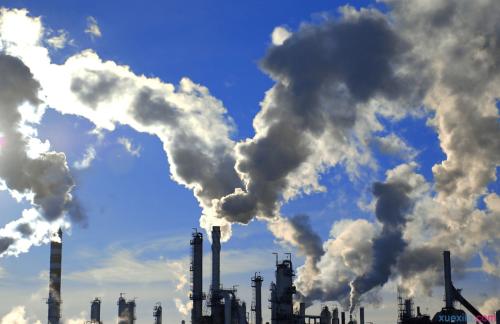 China will be able to meet all of its nine pollution control targets during the 13th Five-Year Plan (2016-20) period as scheduled, a senior environmental official said on Wednesday.

All the targets, which deal with air and water pollution control, have been essentially completed.

"The environmental improvements in the country after 2015 have been bigger than those in each of the other five-year plan periods," said Zhao Yingmin, vice-minister of ecology and environment, at a news conference organized by the State Council Information Office.

While eight of the goals, including reductions in the discharge of sulfur dioxide, oxynitride and ammonia nitrogen, had been achieved as of 2019, even more progress in reductions was made between January and September, he said.

Zhao said the country is also expected to meet its ninth goal－ensuring fairly good air quality, considered to be below 100 on the 0-500 air quality index scale, on at least 84.5 percent of days in the 337 monitored cities－by year's end.

From January to September, the proportion of days with fairly good air quality in those cities reached 87.2 percent, 5.7 percentage points higher than that of the same period in 2019, he continued.

He said the marked improvement in air quality can be attributed to consistent efforts in optimizing the industrial structure and decarbonizing energy consumption.

He also said that over 25 million rural households in the Beijing-Tianjin-Hebei region and the Fenhe-Weihe River Plain area, which is located in Shanxi, Shaanxi and Henan provinces, have changed from coal to cleaner energy such as natural gas and electricity to heat homes during the winter.

Sixty percent of public buses in the country are electric, compared with only 20 percent in 2015, he added.

Great achievements have also been recorded in water pollution control with the reduction of pollutant discharges, according to the ministry.

By the end of 2019, the country had brought 74.9 percent of its surface water to a quality level at or above Grade III, the third-highest level in the country's five-tier water quality system, up by 8.9 percentage points from 2015. The proportion of water with quality below Grade V, the poorest quality level, decreased by 6.3 percentage points to 3.4 percent, the ministry said.

It also said that by the end of September, 81.2 percent of the country's surface water was at Grade III or above, and the proportion of water below Grade V has declined to only 0.8 percent.

Despite the achievement, Zhao said "the grim situation of pollution control and environmental protection in the country has yet to be changed fundamentally".

The most outstanding problem is that no fundamental changes have occurred in the dominance of the heavy chemical sector in the industrial structure, the reliance on coal for energy consumption and the dependence on roads in transportation, he noted.