The change in US Secretary of State might impact Sino-US relations, but no matter who the successor is, he needs to respect the interdependency between the two countries, Chinese analysts said, after US President Donald Trump replaced Rex Tillerson with the CIA chief.

Trump said on Twitter on Tuesday that CIA Director Mike Pompeo will become the new Secretary of State. 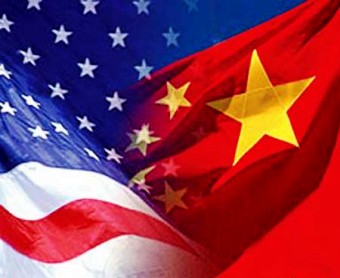 Chinese foreign ministry spokesperson Lu Kang said at Wednesday's daily press conference that "we would like to work with the new secretary of state, and follow the important agreement reached by the leaders of the two countries" to push the development of Sino-US relations.

"China and the US can cooperate in some crucial bilateral areas and some international hot spot issues, because cooperation has mutual benefits, and also serves the expectations of the international community. China hopes to continue the trend of cooperation with the US," Lu said.

Despite Tillerson's latest harsh criticism of China's foreign policy in dealing with African countries, the former oil mogul was seen by many Chinese scholars as a balancing figure against the Trump administration's hawkish tendency toward China.

Tillerson said in his farewell statement at the Department of State on Tuesday that "Much work remains to establish a clear view of the nature of our future relationship with China. How should we deal with one another over the next 50 years and ensure a period of prosperity for all of our peoples, free of conflicts between two very powerful nations?"

Tillerson, who represents pro-establishment Republicans, was the last person who served as a balance to radical hardliners in the Trump administration, so the change will bring uncertainty to Sino-US relations, said Diao Daming, an associate professor at the Renmin University of China.

"Pompeo is a hawkish person with a military background, so in the Trump administration, whether on economic and trade policies or foreign and defense policies, hardliners have further strengthened and reinforced their influence, and this is rare in history."

Pompeo is a former Tea Party congressman, and graduated from the US Military Academy at West Point, newyorker.com reported.

With Pompeo as US Secretary of State, China and the US might have more friction on economic and trade issues and on international and regional affairs, including the Korean Peninsula issue and the Iran nuclear deal, Diao noted.

Tillerson provided a balance to hardliners in foreign affairs policy, and he has contributed to the positive change that we saw in the peninsula, said An Gang, a senior research fellow at the Pangoal Institution, a Beijing-based think tank.

Compared to Tillerson, Pompeo's views on the peninsula issue are tougher. The Washington Post reported on Tuesday that Pompeo shares Trump's contempt for "the Iran nuclear deal, and he has spoken of regime change in North Korea as an objective."

Trump's policy on China, which combines competition and cooperation, is set, and the new secretary of state cannot fundamentally change it, An said. "On the peninsula issue, the meeting with Kim Jong-un is Trump's idea, so the meeting is unlikely to be canceled."

Pompeo has to undergo a Senate Foreign Relations Committee confirmation hearing, so it would be too early to draw a conclusion, Diao said.