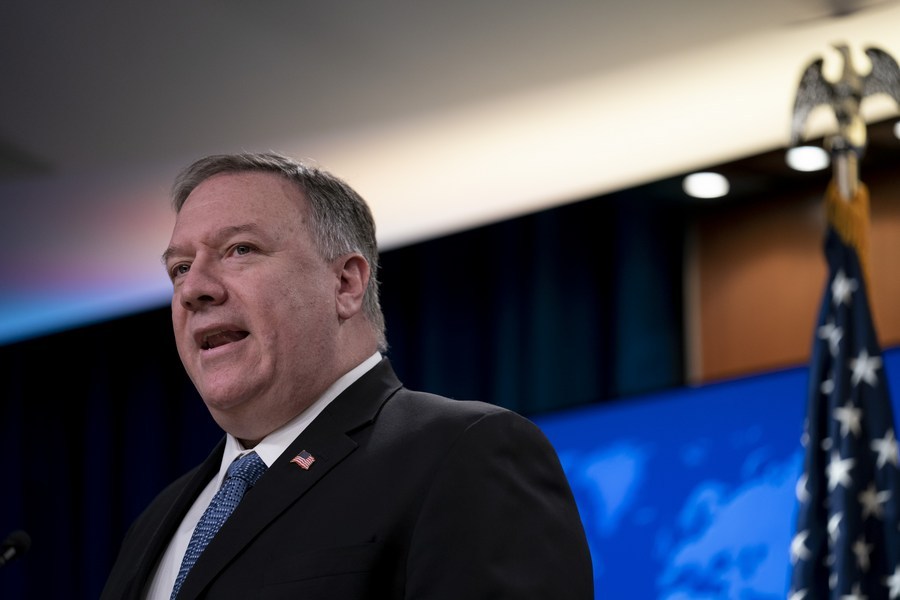 During his trip to Israel, Pompeo mentioned the so-called "challenge that the Chinese Communist Party presents to the entire world." In response, Zhao said that for some time, the U.S. politician had slandered and smeared China out of ideological prejudice and self-interest.

"But China will never allow him to confuse the public," Zhao said at a news briefing.

He said Chinese media outlets had released a fact-check article in which abundant facts proved Pompeo's remarks on China are lies that misrepresent history and the reality.

Just because China adheres to the path of independence and peaceful development and does not follow the path "designed by the United States," certain U.S. politicians regard the CPC and the Chinese government as "infidels" and attempt to launch ideological crusades, Zhao said.

In contrast, the United States has never made such a policy announcement, he said, adding that none of today's regional and global hot-button issues were caused by China.

"These people must recognize and accept the reality that for the international community, including the United States, China is a positive force and an opportunity for global peace and prosperity, rather than a negative factor or a threat," he said.