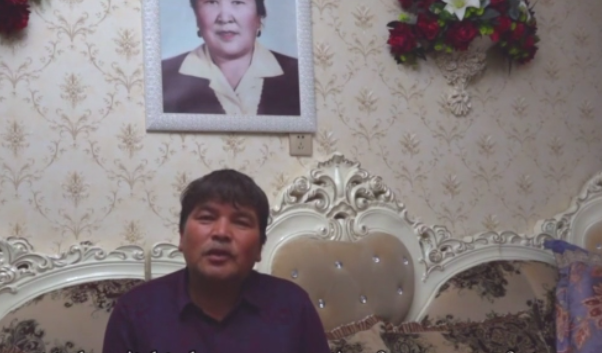 The elder brother of Zumrat Dawut on Sunday slammed US Secretary of State Mike Pompeo for making up lies, saying his sister has never been sent to a vocational education and training center in Northwest China's Xinjiang Uyghur Autonomous Region and forcibly sterilized.

Abdulhelil Dawut on Sunday posted a Uyghur language video to "tell the truth to the world" on Chinese short video platform Kuaishou.

"This is an outright lie," he says in the video of Pompeo's speech in the Vatican earlier this month.

He said her sister once went to hospital to have an operation for myoma of uterus.

"I think Mr. Pompeo, as the US Secretary of State should have based his words on facts; stop using my sister Zumrat Dawut to make up lies and disturbing our otherwise quiet life."

US-based Breitbart News reported on October 3 that at a symposium in the Vatican on October 2, Pompeo said Zumrat Dawut "was shackled, interrogated, and taken to an internment camp where she was forced to recite Chinese propaganda and beaten for giving an ailing fellow prisoner her food. She was injected with unknown drugs."

Pompeo said he got to know Dawut's story during a conference in New York in September, VOA reported.

The Chicago Tribune reported on September 28 that Zumrat Dawut was "even sterilized."

"Using the so-called victim to testify [against China] is actually finding someone to talk nonsense," Lü Xiang, an expert on US study at the Chinese Academy of Social Sciences in Beijing, told the Global Times on Sunday.

"This is the US' typical tactic, like supporting the cults in the past. The CIA has been doing this for decades," he said.

"Pompeo is secretary of state, but he makes up lies on public occasions, which shows that he is a typical opportunist," Lü said.

"Pompeo once said that work at the CIA was about deception. He seems to take the work style there to his position as secretary of state."

The Chinese foreign minister has reiterated on many occasions that "Xinjiang affairs are purely China's internal affairs. No country has any right to interfere. The so-called human rights issue in Xinjiang claimed by the US is actually non-existent."

"Any restriction imposed by the US on Chinese entities and individuals over Xinjiang, no matter what pretext, constitutes a grave violation of basic norms governing international relations and a flagrant interference in China's internal affairs. China is firmly opposed to that," Geng Shuang, the spokesperson of the Chinese Ministry of Foreign Affairs, said at a press conference on October 9.