Netizens are enraged after it emerged that Chinese pop star Zhang Zhehan had attended a wedding at the Nogi Shrine in Japan at the end of 2019.

More photos of Zhang have since come to light showing he also visited the notorious Yaskuni Shrine in early 2018. 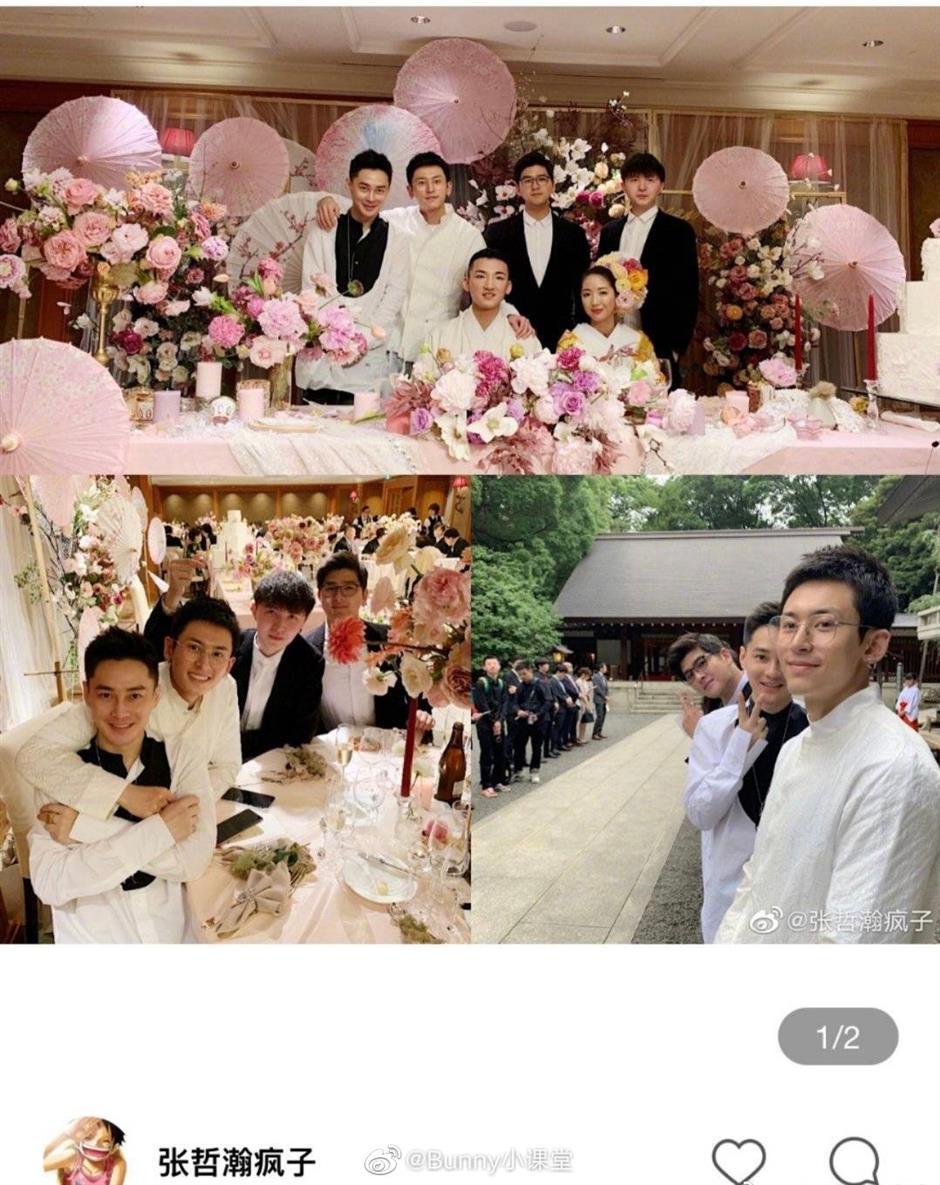 Zhang attended a wedding at the Nogi Shrine at the end of 2019. 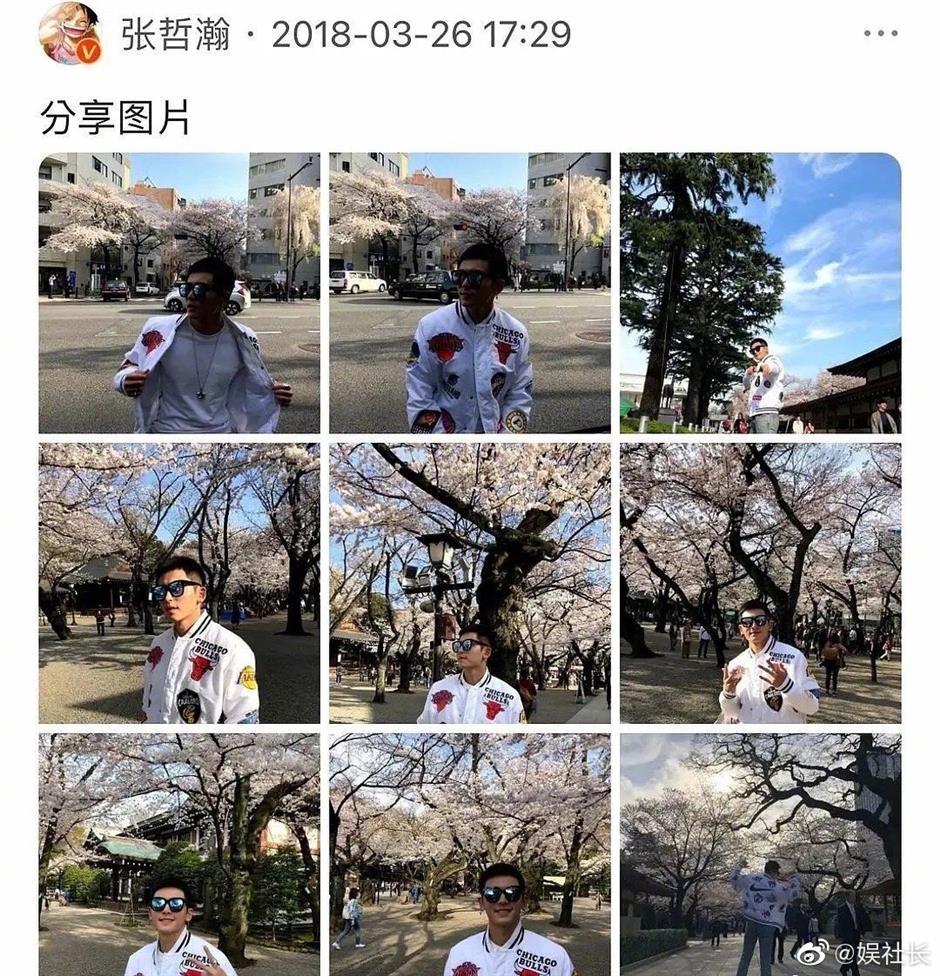 Zhang posted pictures of his visit to the Yaskuni Shrine in early 2018.

Thousands upon thousands of netizens were shocked and enraged by Zhang's ignorance, for both shrines are seen as symbols of Japan's past militarism.

Zhang issued an apology on his Weibo account, saying he's not knowing the history behind the shrines and is deeply sorry for hurting people's feeling and his home country. He acknowledged he should be more responsible as a public figure. 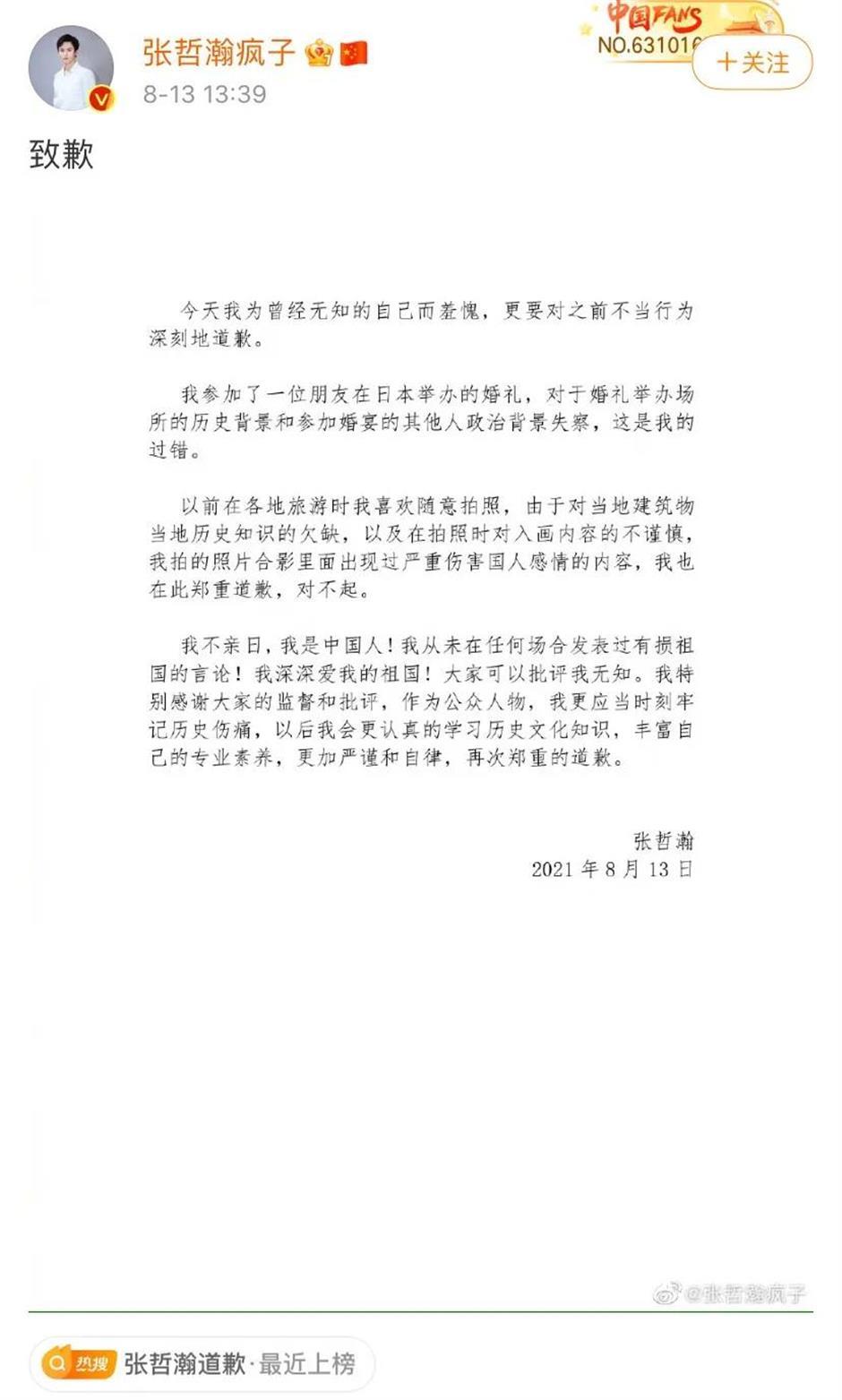 Zhang issued an apology on Friday.

But people are not buying his apology. One netizen, PureIndigo, says it's impossible that a Chinese does not know the history as long as he's received the nine-year compulsory education.

People's Daily responded to his apology saying on its official Weibo account that Zhang should be blamed for his ignorance of the Chinese people's past suffering and the history behind it.

It's unacceptable to harm the national interest and he should pay dearly for it, it added.

People's daily issued a statement that was read by 18 million netizens.

On the same afternoon when Zhang issued the apology, domestic brands such as Wahaha, Kimtrue, Shuixing Home Textile and Anker all issued statements on their Weibo accounts to cut ties with Zhang.