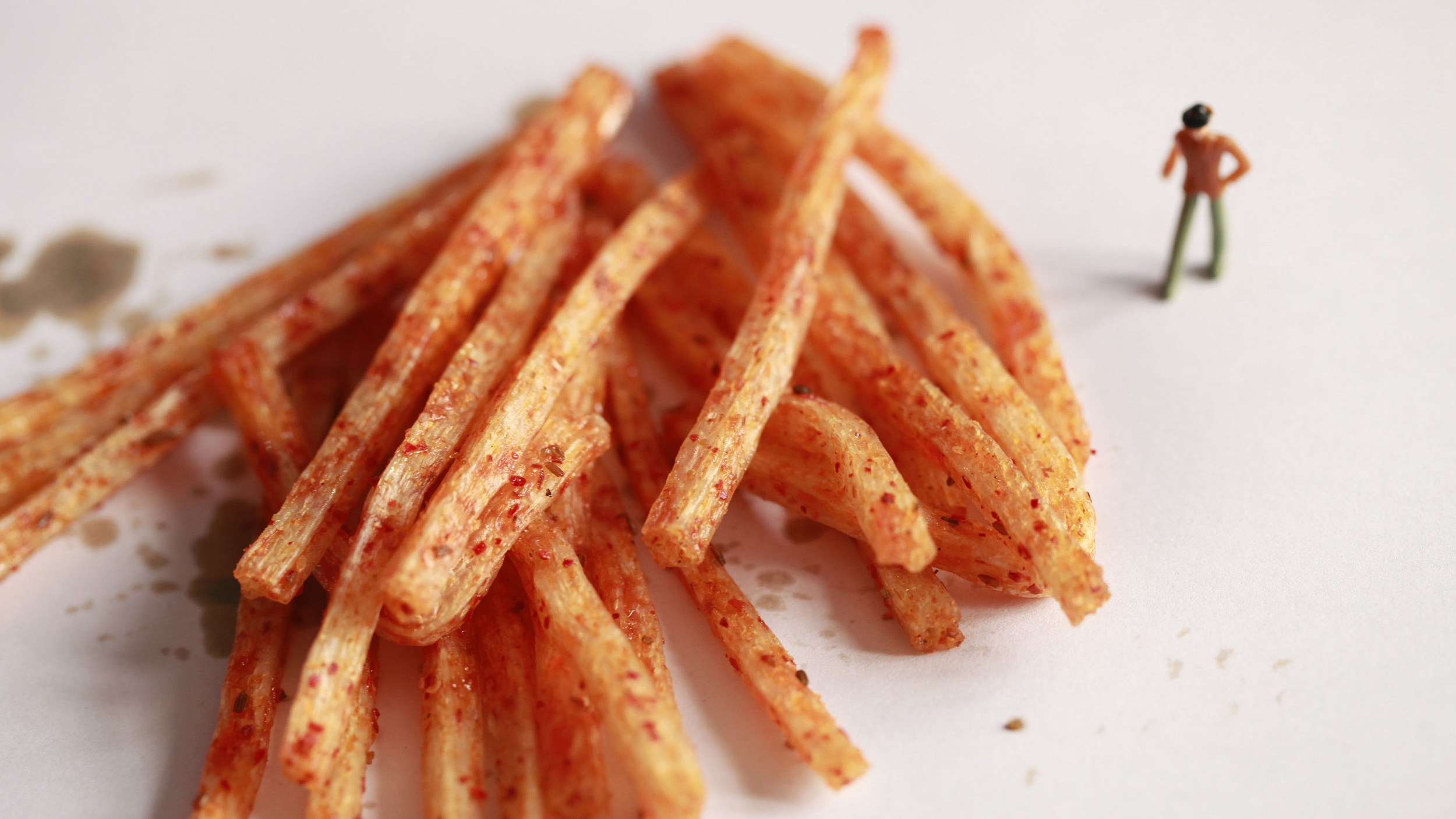 Latiao or spicy stick, made from flour, spicy oil and food additives, is popular among Chinese and also has a huge following abroad.

Recently, six batches of Latiao products, including the famous Latiao brand Wei long Food were declared unqualified by Hubei Food and Drug Administration. Nearly all brands of Latiao made in Henan Province have been removed from store shelves in Hubei Province since Wednesday.

The Hubei Food and Drug Administration declared that according to the national standard of food additives for food safety (draft), sorbic acid and dehydroacetic acid should not be used in flavored flour products, therefore Latiao is not fit for human consumption.

On Tuesday, Wei long Food issued a statement on its official Weibo account claiming that its Latiao product is completely legal and qualified according to the local standards of food additives for food safety in Henan and Hunan Province.

On May 14 this year, the National Health Commission of the People’s Republic of China drafted National Standard of Food Additives for food safety and soliciting public opinions. The solicitation has been closed, but the final standard has not been officially released.

The event exposed the regulatory conflicts between the local and national standards for food additives. and makes Latiao products qualified food safety in Henan Province, but unqualified in other places.

The development of Latiao product industry has been beyond many people's imagination. In 2016, the data from the Food Industry Association Hunan Province showed that there were more than 1,000 Latiao product manufacturers in the country and with an output value of nearly 60 billion yuan ($8.8 billion).