CHINA Popular video an inspiration for the disabled

Popular video an inspiration for the disabled 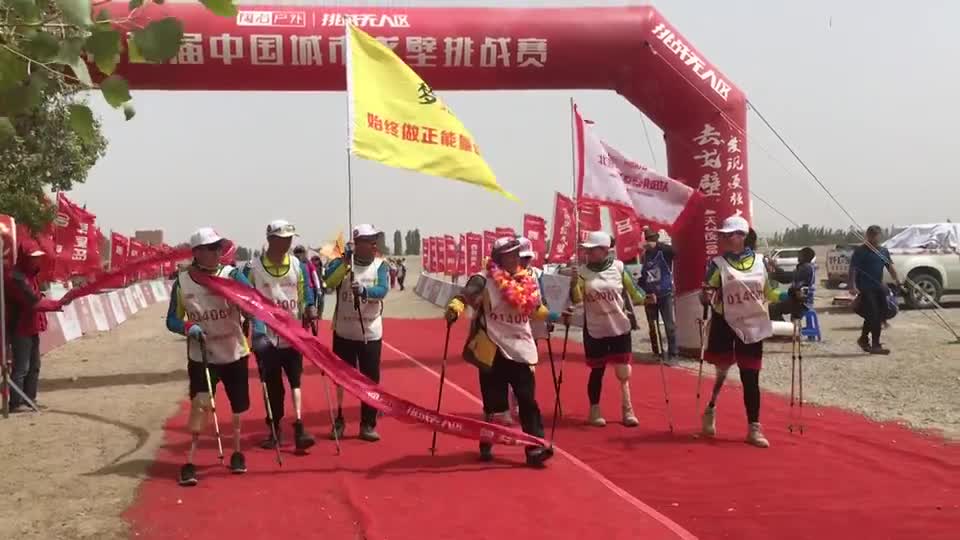 The seven handicapped people joined in the 108-kilometer desert race from May 11 to 14 in Dunhuang, Northwest China's Gansu province. Six of the seven had one leg amputated, and one had two legs amputated.

Cheng Baojun, a man from Luohe, Central China's Henan province and the double amputee, said he never imagined he could take part in the desert race. "It is great. I can do it, and you can also."

"My legs were painful while walking. We also encountered a very big sandstorm. But since it is a challenge, we cannot give up and we all encouraged each other to continue," he said.

After growing tired, they rested on the third day and walked on the fourth. Lao Tongyi walked the longest of the group, a distance of more than 70 kilometers.

Team leader Sun Naicheng said the race passed through depopulated areas of the Gobi Desert, team members challenged themselves and they wanted to be positive messengers and set an example for the handicapped.