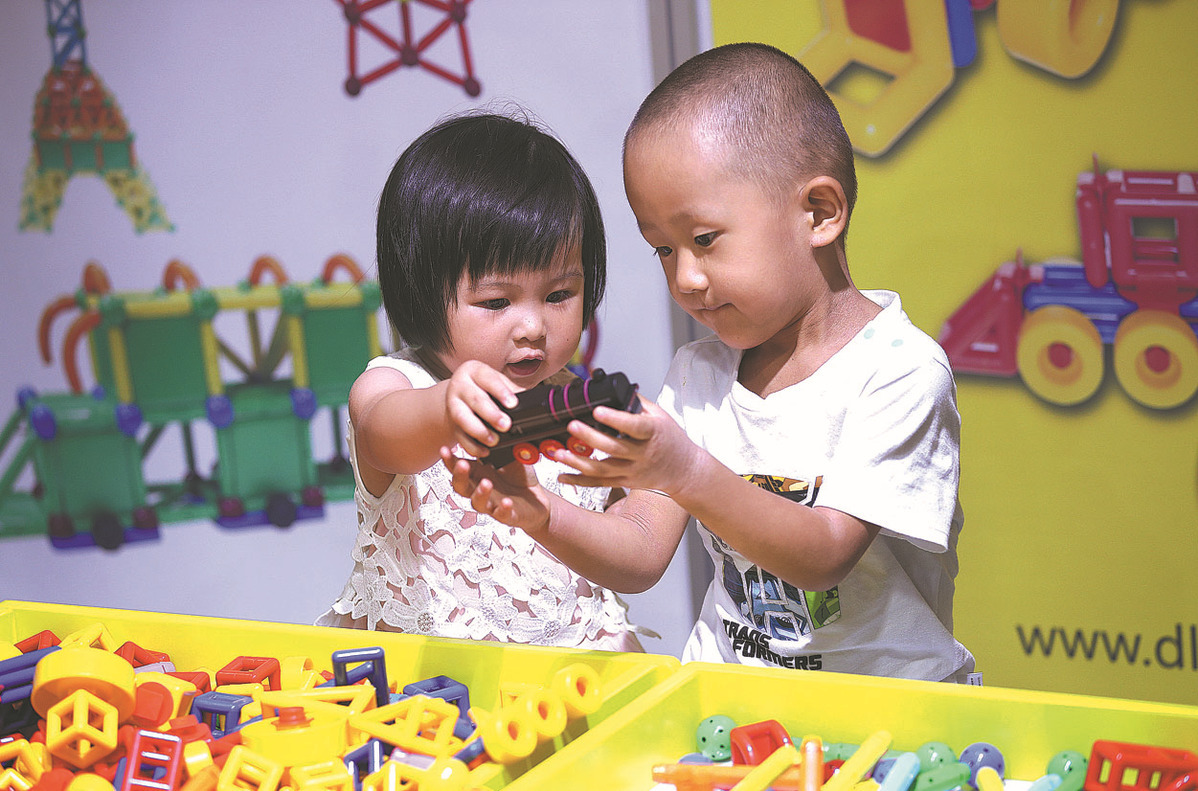 Children play with a toy train at a toy fair in Beijing. (Photo by ZOU HONG/CHINA DAILY)

China's top legislature will revise the law on Population and Family Planning to further optimize the nation's population structure and promote its balanced development, a legislator told media on Friday.

The draft amendment will be submitted to a session of the country's top legislative body, the Standing Committee of the National People's Congress, for review next week, according to Zang Tiewei, spokesman of the committee's Legislative Affairs Commission.

He said the draft revisions are mainly aimed at implementing the three-child decision made by the central leadership to improve policies and boost long-term, balanced population development.

In May, the Communist Party of China's Central Committee and the State Council announced that couples would be allowed to have three children rather than the previous maximum of two.

They also noted the government would no longer charge a social compensation fee for couples breaching family planning regulations by having more children than allowed, saying couples who wished to have a third child would be supported and supplied with relevant help.

Zang said that articles not consistent with the third-child policy in the existing law would be removed during the revision, adding that the draft also requires medical institutes to provide more healthcare services to expectant mothers and more care and support for looking after babies.

Under the draft, facilities for child-related activities are expected to be established in communities, and improvements are to be made to services for mothers caring for babies in public and work spaces.

The NPC Standing Committee session will run from Tuesday to Friday, during which time lawmakers will also review draft laws on a number of other issues, including personal information protection, supervisors, legal aid, physicians, combating organized crime, family education, land borders and a draft revision to military service law.

They will also read draft revisions to laws on scientific and technological progress, prevention and control of noise pollution and a seed-related law.