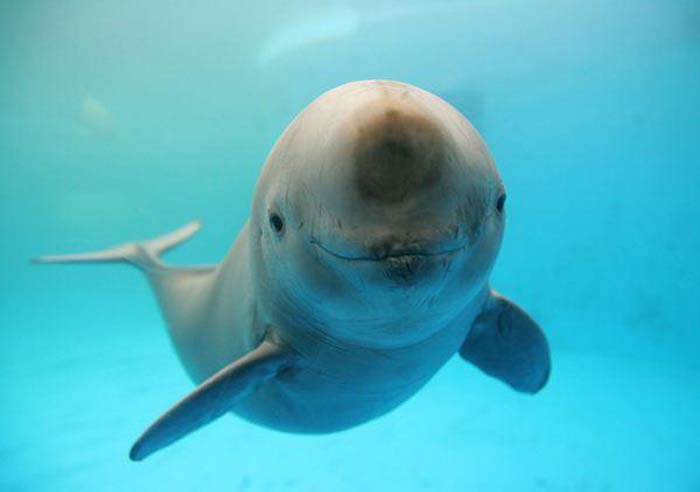 The population of Yangtze finless porpoises living in lakes has grown, as local governments have set up natural reserve zones with patrol teams to create a safe habitat for the endangered species, a recent survey showed.

The finless porpoise is a freshwater mammal native to the Yangtze River, but the porpoise can also be found in two basins off the river: Poyang and Dongting lakes.

With a slightly curved mouth, the finless porpoise is often called the “smiling angel” of the Yangtze River. The females have a gestation period of 10 to 11 months and give birth to one young at a time. It is believed to have a level of intelligence comparable to that of a gorilla.

However, its population has rapidly decreased over the last three decades due to environmental deterioration, and it is now listed as critically endangered species by the International Union for Conservation of Nature (IUCN).

The most recent national survey, carried out by China’s Ministry of Agriculture and Rural Affairs, shows that while the population living in lakes has grown in recent years, the Yangtze River population continues to decline due to water pollution, development, and overfishing, though at a slower rate than in previous years.

Currently, about 1,012 porpoises are believed to live in the Yangtze River and the two lakes linked to the river, with 110 in Dongting Lake, a flood basin in the northeast of Hunan province, and another 457 in Poyang Lake, the largest freshwater lake in Jiangxi province.

The porpoise’s close cousin, the Baiji dolphin, another mammal once common in the Yangtze, was declared functionally extinct in 2006. Many experts have hence called for stricter protection of the Yangtze finless porpoise so it will not go down the same path.

China has taken steps in recent years to improve reproduction of the species, including setting up eight nature reserves for it along its natural habitats. The Tongling River Dolphin National Nature Reserve in central China’s Anhui province is one of them. 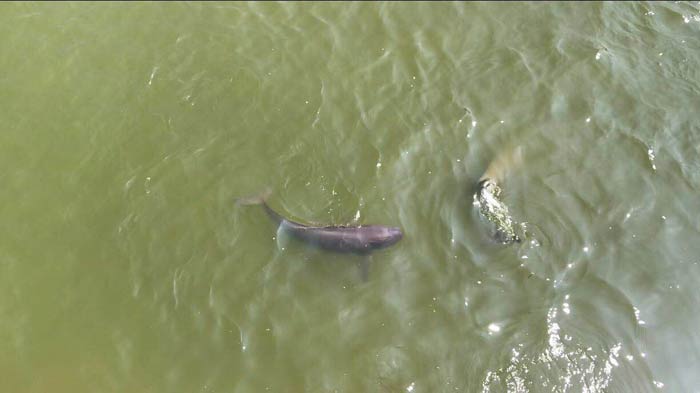 Covering an area of 31,518 hectares, the reserve offers the porpoises protection, but also protects other rare animals and plants in the region.

Over the years, efforts have been made to stop illegal fishing and sand digging activities in the reserve zone. Navigation traffic control and speed limits are also enforced near the region, contributing to the gradual improvement of the porpoise’s natural habitats, Zhang Xibin, director of the research center at the Tongling River Dolphin National Nature Reserve, told People’s Daily.

Off-site conservation has long been considered to be the most promising measure to prevent the Yangtze finless porpoise from going extinct. In 2001, the reserve guided four porpoises into a 1,600 meter-long semi-natural water zone inside the reserve in order to establish a breeding colony.

Zhang Bajin, a 57 year-old retired fisherman, has been feeding the porpoises for the past 13 years inside the natural reserve—four times each day.

“We live by the river and have special feelings for the porpoises,” Zhang said, recalling the good old times when the “river pig,” a nickname given to the porpoises by locals, were often seen in the river.

He has given each fish a nickname, and knows the appearance and temper of each one, treating them like family

Up till now, seven baby finless porpoises have been born in the zone, and its population has increased to 11, with the smallest one being two months old, implying the initial achievement of this project. 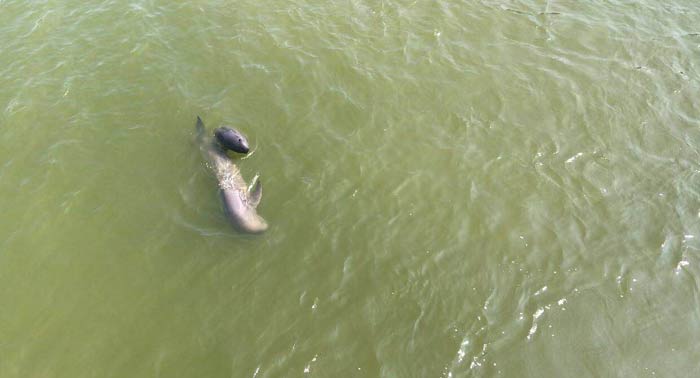 Since June 2017, with the support of Yangtze ecological protection funds and under the guidance from central authorities, four porpoise patrol teams on the Yangtze River have been set up in Anhui, Hunan, Hubei, and Jiangxi provinces.

The Anqing Patrol Team was the first one to be set up. Currently more than 200 finless porpoises are believed to live near Anqing, Anhui.

From assisting fishery administrations to strengthening protection measures, the patrol team helps conduct on-site conservation by observing the porpoises in their natural habitat.

“The well-being of the porpoises is an important indicator of the wholeness of the entire ecosystem of the Yangtze River. Therefore, its protection is of great significance,” said Zhang Xibin.

“We can never let the Yangtze finless porpoise be the next Baiji dolphin,” he emphasized.