CHINA Pork, an innovative reward for pupils in Chinese village

Pork, an innovative reward for pupils in Chinese village 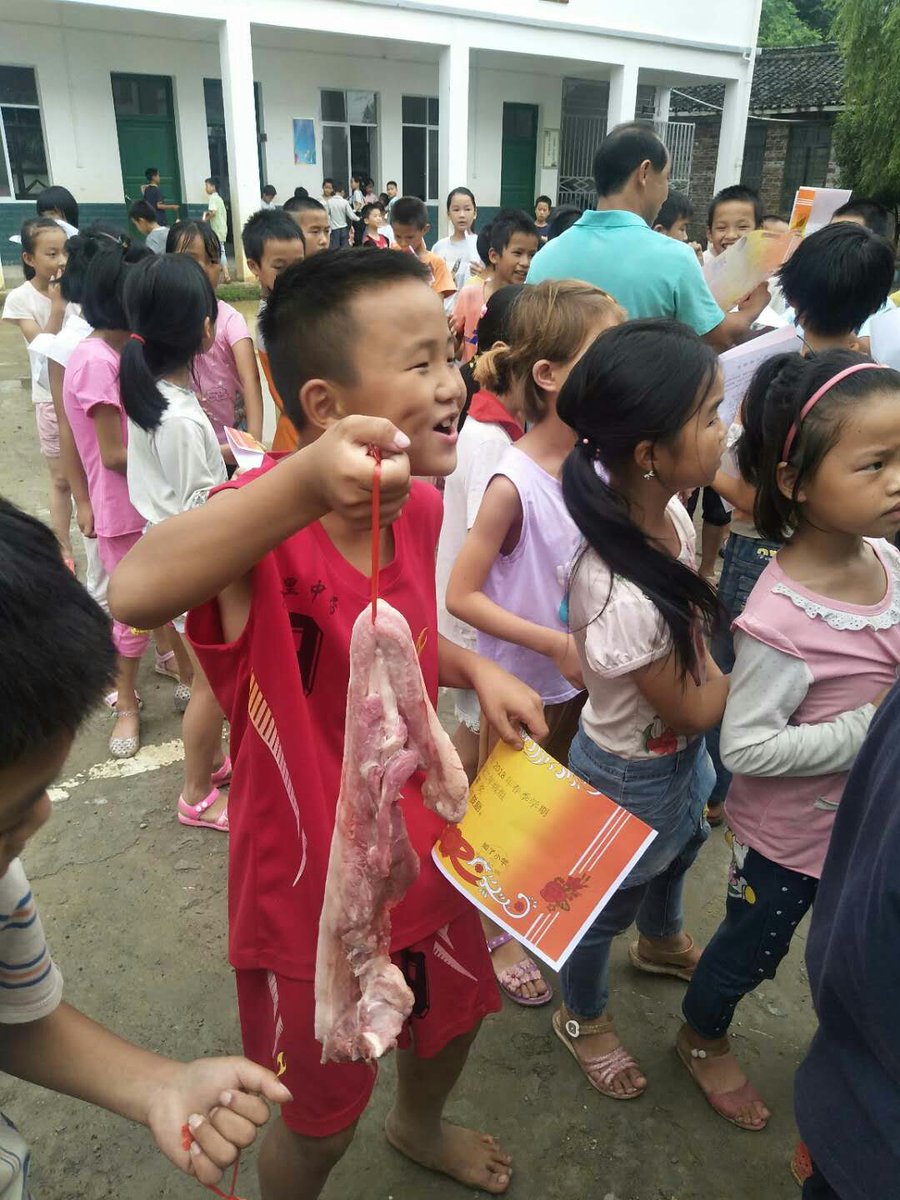 An innovative practice of rewarding students with bags of pork in a Chinese primary school has garnered praise from Chinese netizens.

However, the students were most excited about the pork prize, which was given to the students for the first time this year.

Fifty-three students from Grade 1 to Grade 5 who scored over 80 points on their Chinese and Math final exams were rewarded not only with paper-made award certificates but also with about 1 kg of pork.

The practice, aimed to motivate students and help guardians focus on their student's academic performance, was warmly welcomed by low-income families, according to Yang Zaizhang, dean of the school.

Back home, the children were praised for the delicious pork earned through their hard work at school.

Out of the 178 students in the school, 90 percent live away from their parents who work in bigger cities.

"We can tell from the families' response that pork is a more effective reward for achieving the effect we want to see," Yang said.

In the past, some students spent the cash prize without telling their guardians.

Wu Shigang was delighted to see the special reward taken home by his grandson Wu Lyudong, whose father died and mother abandoned the family.

The boy shared the fried pork with his grandparents.

"My grandson will never forget this kind of reward. This new idea is pretty good," said Wu Shigang.

A woman surnamed Yang, who was born in Zhiliao Village and works in Beijing, raised 2,927 yuan (443 US dollars) to fund the students' reward. Nearly half of the fund was used to buy pork from poor pig farmers in the village.