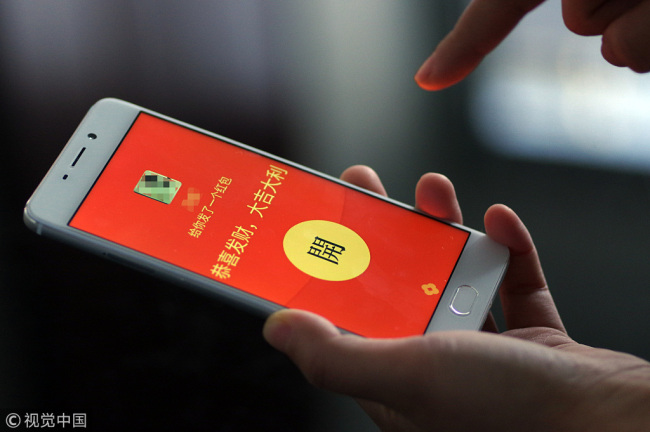 The post-90s generation both sent and received the most digital lucky money on that night, a time-honored tradition increasingly seen online thanks to the growing popularity of mobile payment.

Beijing, Chongqing and Chengdu were the top three cities where exchanges of digital red envelopes were busiest, a WeChat report showed.

WeChat has led the digital luck money tradition since initiating it in 2014. It introduced new features such as allowing users to add well wishes and stickers to a customized red envelope this year.

Tencent, which owns WeChat, ratcheted up support for its short-video platform Wesee this year with a digital red envelope games in a bid to win more users and traffic in the emerging social media market.