CHINA Poverty alleviation goal for this year not affected by epidemic

Poverty alleviation goal for this year not affected by epidemic 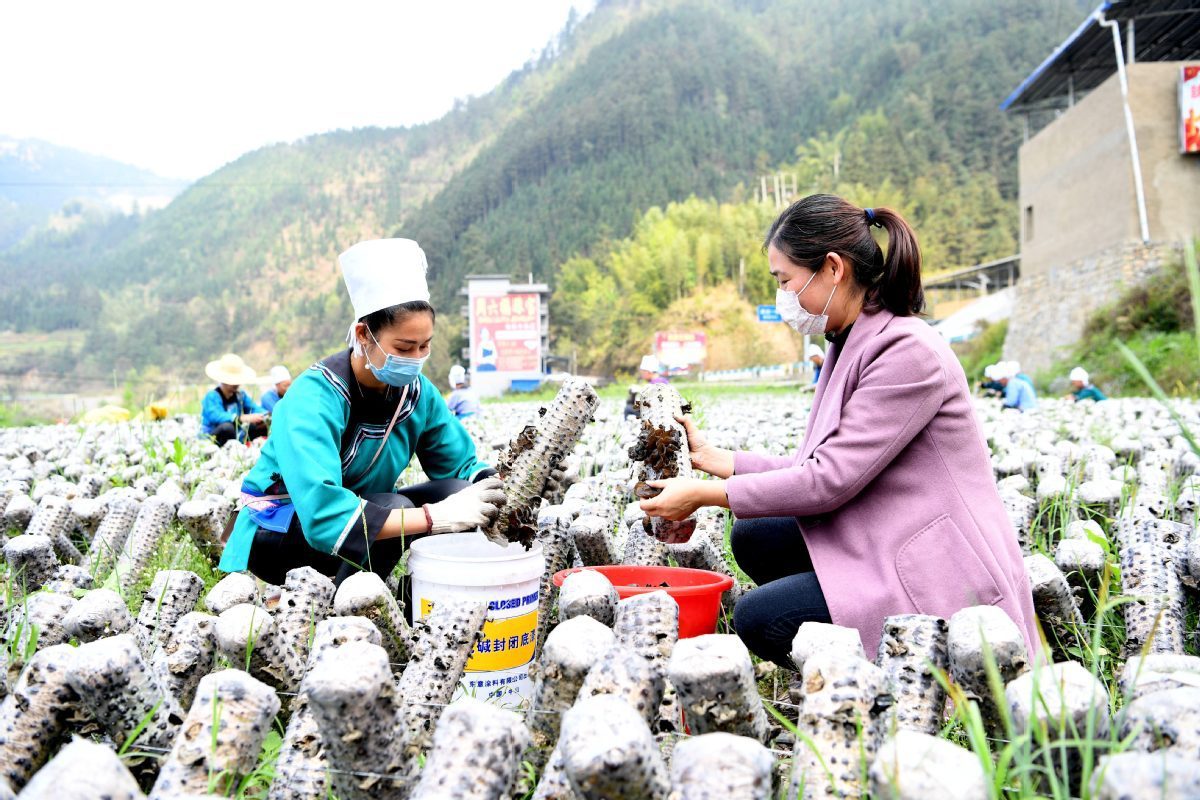 Gao Luchun (right), a local health official, picks black fungus with a villager she is responsible for helping in the national poverty reduction campaign in Rongjiang county, Guizhou province, on Sunday. (Photo: Xinhua)

The novel coronavirus epidemic will not affect the achievement of the key goal of poverty alleviation by the end of this year, a top official said on Thursday.

Liu Yongfu, director of the State Council Leading Group Office of Poverty Alleviation and Development, said the impact of the epidemic on poverty alleviation is relatively large. Due to the need for epidemic prevention and control, population flow as well as logistics have been affected.

Many poor families relied on seeking jobs in other provinces for a living. Last year, 27.29 million poor people migrated to other places to work, while this year has seen 14.2 million poor migrant workers, accounting for 52 percent of the number last year, he said.

However, after the epidemic situation improved, the central government has taken some measures which helped speed up the migration. During the week of Feb 28 to March 6, the number of migrant workers increased by 3 million, he said, adding that the number is still expected to soar rapidly.

In addition, the epidemic also affected the sales of poverty alleviation products and tourism during the Spring Festival. Some seasonal agricultural products, such as flowers in Yunnan province, have lost billions of sales, Liu said.

Some poverty projects related to people's travel, production and drinking water were carried out in villages and were also postponed due to the epidemic. About one-third of these projects have resumed on March 6 and the pace of work is speeding up, he added.

"The epidemic had impact, and the impact was not small. But after we took measures, we have reduced the impact and earned back some lost time by conducting some small and fast industrial projects," he said.

Liu said the majority of the poverty alleviation work has been generally completed so they have enough confidence in consolidating the results and completing the goal of lifting poverty as scheduled.

In February, China issued a ban on all trade, raising, hunting and eating of wildlife animals, which were a suspected source of the virus.

Liu said in rural areas, there are some households breeding and selling wild animals as their special business but this is not a pillar industry. Some villages might have invested hundreds of thousands of yuan in raising wild animals but this type of farming did not meet a certain scale and the specific figures were not counted.

He said after the ban came into force, the authorities are working out a detailed inventory to clarify the specific animals that are restricted . If it causes any losses, the government will help local villages to alternate their industries.