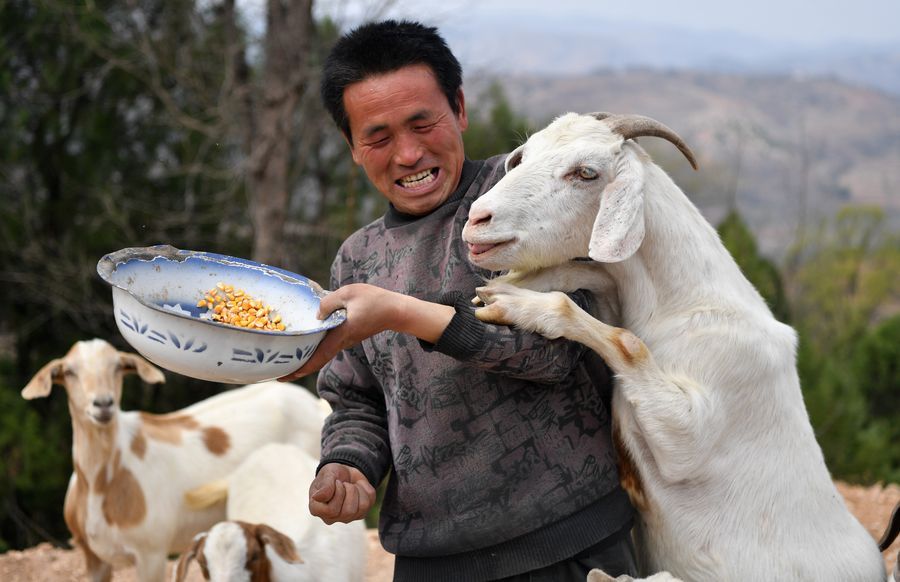 China will strive to minimize the impact of the novel coronavirus outbreak on the country's poverty alleviation efforts and make sure it can achieve the goal of pulling all people out of poverty by the end of this year, a senior poverty alleviation official said on Tuesday.

Su Guoxia, spokeswoman for the State Council Leading Group Office of Poverty Alleviation and Development, told a news conference in Beijing that although most of the poverty-stricken areas belong to low-risk areas of the epidemic, the sudden outbreak has limited the flow of people and the logistics sector, and led to a decrease in farmers' incomes.

Only 14.2 million migrant workers from impoverished families have resumed work as of March 5, accounting for 52 percent of last year, she said.

Moreover, the restrictions in the logistics sector means that farmers could not sell their produce during Spring Festival, leading to an impact on their income, she said.

The outbreak also has restricted spring farming in some areas and some poverty alleviation projects have been postponed, Su said.

The office has set up a coping mechanism, asked local poverty alleviation authorities to give a weekly report and put forward targeted measures to make sure the outbreak will not impede the country's efforts in securing a decisive victory in poverty alleviation, she said.

Huang Yan, head of the office's Department of Planning and Finance, said the central government has allocated 113.6 billion yuan ($16.4 billion) and different levels of local governments have allocated more than 200 billion yuan to poverty alleviation so far this year.

Poverty alleviation funds from the central government will continue to increase this year, Huang said, adding that the funds have increased by 21 percent annually from 2013 to 2019.

Wei Baigang, a senior official from the Ministry of Agriculture and Rural Affairs, said the ministry will arrange more point-to-point vehicles to help rural migrant workers return to cities to work, as almost half of them have not returned to cities.

Those who cannot pay the loans due to the epidemic have been given a half-year extension period and local authorities have been asked to accelerate offering new loans to impoverished families, she added.