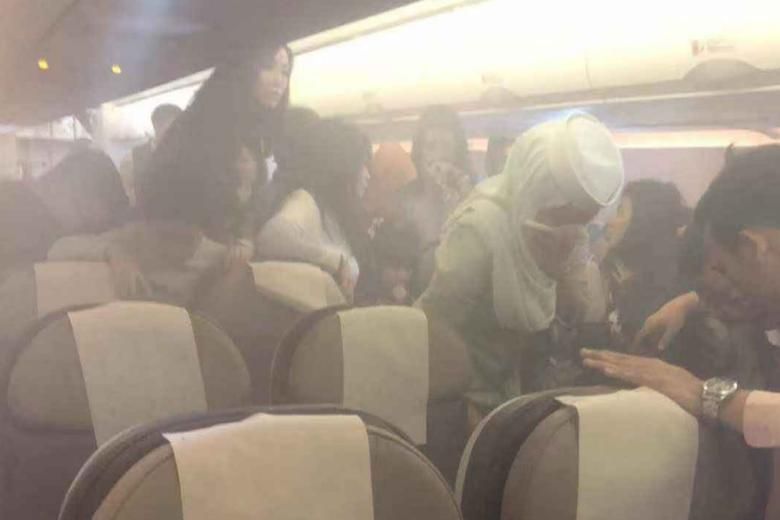 Aviation watchdog "The Aviation Herald" reported that a passenger's power bank suffered a thermal runaway and emitted smoke. Flight attendants discharged a fire extinguisher onto the battery before putting it into a secure container.

A thermal runaway is a process where an increase in temperature sparks an out of control and explosive release of heat energy, often leading to destructive results.

According to a statement by RB, Brunei's national carrier, all passengers and crew members were unharmed. The flight landed in Bandar Seri Begawan safely and on schedule.

Videos and images posted on social networking site Facebook showed smoke filling the cabin while the passengers covered their noses and faces.

The flight attendants could also be seen deploying a fire extinguisher in the cabin surrounded by concerned passengers.

"Our cabin crews are trained to follow standard operating procedures to handle such incidents professionally and to ensure the safety of our guests at all times. We carry the recommended safety equipment on board at all times," said the RB statement.

It reminded passengers to observe the "Guide to Dangerous Goods" for checked or carry-on baggage in accordance with the International Air Transport Association (IATA) Dangerous Goods Regulations for the safety and security of all onboard flights.