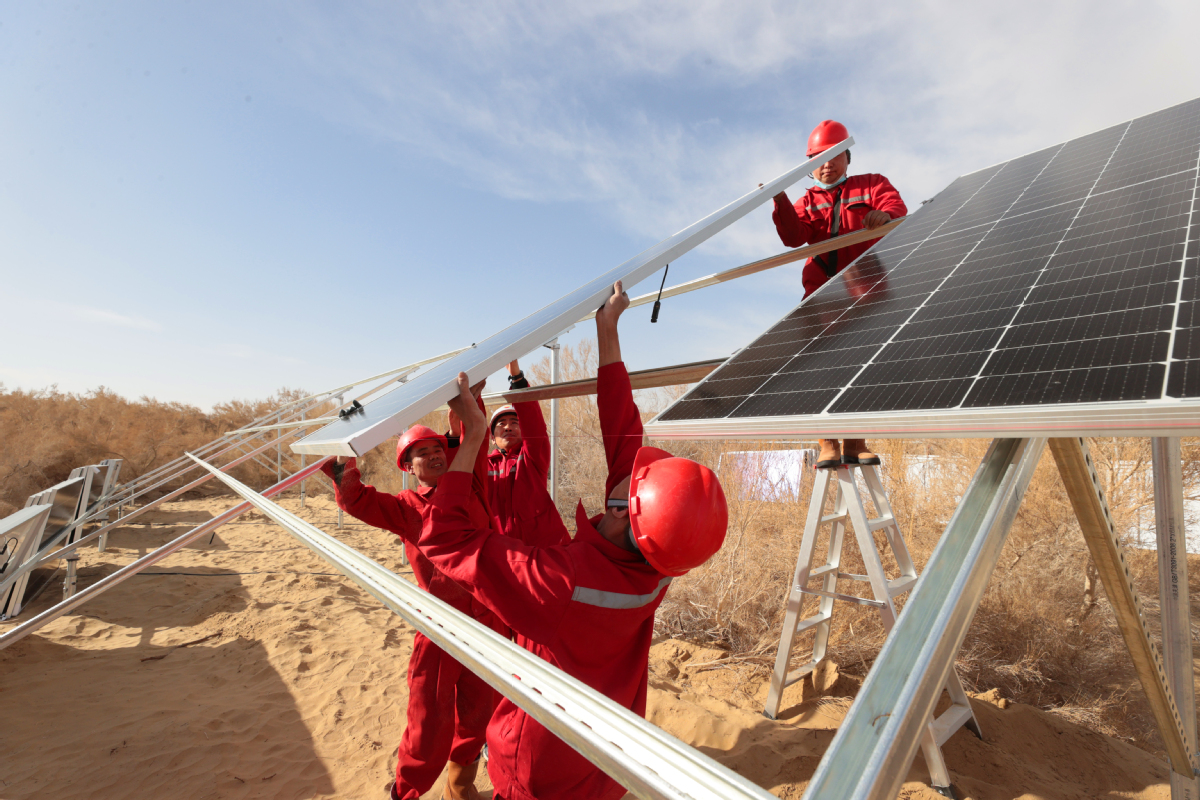 Solar panels are installed alongside the the Tarim Desert Highway in the Xinjiang Uygur autonomous region to help water plants. Photo provided to chinadaily.com.cn

Construction of a zero-carbon emission project that aims to build 86 solar power stations along the Tarim Desert Highway in the Xinjiang Uygur autonomous region is set for completion this month.

A 436-km "green wall" more than-70-meter wide, formed by 20 million trees and shrubs, was completed on both sides of the highway in 2005 by Tarim Oilfield to protect the highway from sand.

As a replacement for diesel power generation, the clean energy power stations will help pump underground water to irrigate the greenbelt.

It is estimated that more than 1,000 tons of diesel fuel will be saved every year, and annual carbon dioxide emissions will be reduced by around 3,410 tons after the solar power generation system is put into use.