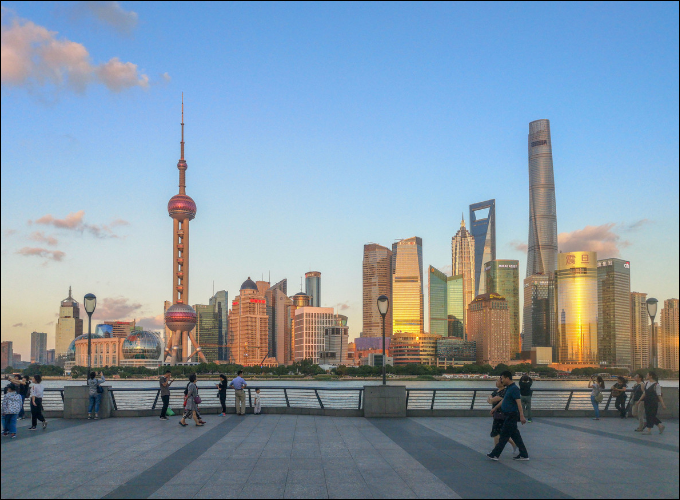 Travelers from home and abroad enjoy the sights of the Bund in Shanghai on Sept 27, 2018. (Photo: IC)

China has made pragmatic plans to fulfill its latest opening-up commitments, further leveling the playing field for foreign business and increasing the nation's appeal to global investors, experts said on Friday.

The reaction came after the State Council, China's Cabinet, released a guideline on improving the utilization of foreign investment on Thursday. It rolled out 20 sets of policy measures with a focus on safeguarding an "open, transparent and predictable" business environment.

"The guideline serves as a pragmatic and effective move by China to ensure that its high-level opening-up measures are put into place, ordering government departments to integrate opening-up tasks into everyday work," said Zhang Xiaotao, dean of the School of International Economics and Trade at the Central University of Finance and Economics.

The guideline not only outlines measures to further broaden market access for foreign business, but also underscores moves to optimize the business environment, which can "make improved institutional arrangements a new advantage for the Chinese economy," Zhang said.

The financial sector is set to be a highlight in the broadening of market access, as the guideline announces removal of all restrictions on business scope for foreign-invested banks, securities firms and fund management companies, following the nation's decision to allow full foreign ownership of the latter two such institutions by next year.

The opening-up of other sectors will also be deepened, the guideline said, with efforts to continuously shorten the national and free trade zone negative lists for foreign investment and to eliminate restrictions outside the negative lists.

The guideline also listed eight measures to protect the legitimate interests of foreign investors, prioritize fully implementing the Foreign Investment Law — due to take effect on Jan 1 — and pledge to step up efforts to formulate related judicial interpretations.

Multiple approaches are also on the way to make it easier for foreign businesses to invest in China and encourage foreign investment, especially in high-tech sectors, the guideline said.

Wang Jiaqiang, research director for the banking industry at the Bank of China, said the above measures, if well implemented, would help align China's quality of business environment with world-leading levels and forge a "major boost to foreign investor confidence".

This could reinforce China's growing momentum in attracting foreign investment, according to Wang.

"China's growth prospects, which stand out among major economies, relatively higher interest rate levels and the yuan's prospects for long-term stability are expected to amplify the country's allure to foreign investment in the next five to 10 years," Wang said on the sidelines of the annual conference of the China International Finance Society on Friday.

Wang added that opening-up measures in the financial sector are "the most notable" in the guideline and will give foreign financial institutions a larger market space to explore and further level the playing field for foreign and domestic players.

"The regulatory change presents great opportunities for international insurance companies," said John Chen, president of Swiss Re China, referring to relaxation of quantitative requirements for foreign insurers to establish institutions in China and other insurance sector opening-up measures listed in the guideline. Swiss Re is a reinsurance company based in Zurich.

"Swiss Re is committed to leveraging our deep knowledge and research and development capabilities to partner with our clients to develop innovative, technology-based solutions that help close protection gaps, and deliver better products and services to Chinese consumers," Chen said.

Alfred Schipke, the International Monetary Fund's senior resident representative for China, said at the conference that China has recently made concrete accomplishments in financial opening-up, and its financial system will become more globally integrated, which is beneficial for the rest of the world and for China.

"China's steady progress in opening-up will contribute to the recovery of the global economy and China's high-quality development," said Zhang of CUFE.